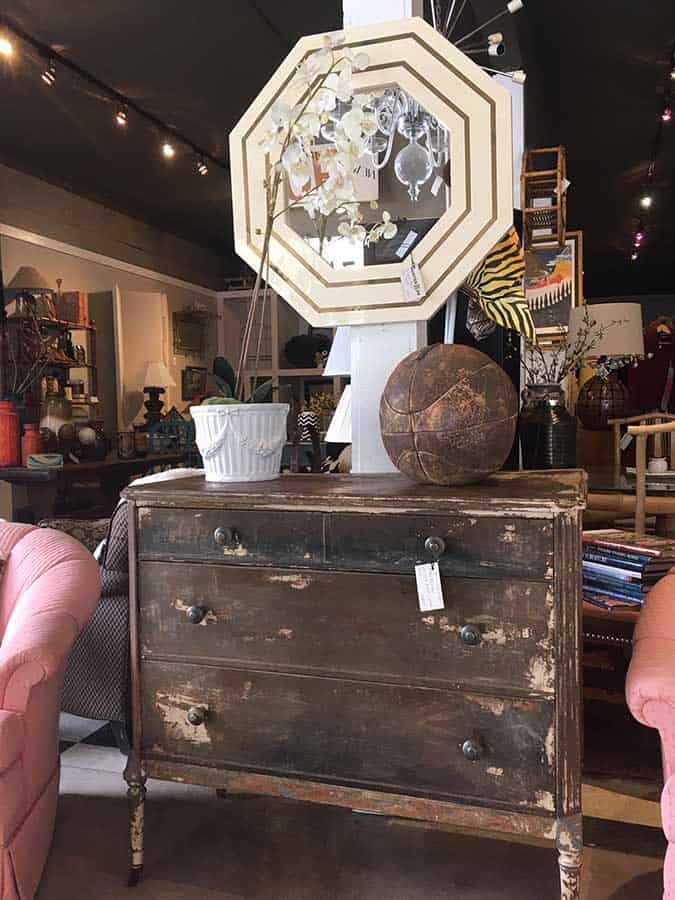 Determining whether a piece is truly antique in the 21st century can be a bit more of a complicated conundrum than in previous generations. Furniture that finds its roots firmly in the 20th century, yet is still close to a century old, is generally defined as Depression Era. From an antiquing perspective, Depression Era furniture is usually dated from the late 1920s to the early 1940s. Many dealers have, and still do, regard the sometimes plain and crude nature of Depression Era pieces as an aesthetic to avoid, over the last few years however, the early 20th century model has found its foothold in the world of artful antiques and is generally seen not only as a unique diversion from the traditional, but a historic reflection of industrial American life as well. Through an increase in availability from estate sales, and demand for a more boutique Art Deco style in storefronts, Depression Era is climbing the ranks of antique attraction in the Hudson Valley and beyond. This metal dresser was likely designed by Albert Witike in the late 1920’s or early 1930’s and fabricated by the Simmons Mfg. Co. in Kenosha, WI. Simmons specialized in metal furniture fabrication primarily for hospitals, hotels and other commercial settings. The four diminutive and tapered legs are fluted and evoke traditional classical furniture detailing. This piece was stripped of its painted “wood grain” finish, leaving a desirable rustic patina.

For a closer look at this and other unique furnishings and accents, stop by Hunter Bee located on 21 Main Street Millerton, NY, visit them at hunterbee.com, or check them out on Facebook at facebook.com/Hunter-Bee