The Fiat 124 Spider is beloved among Euro roadster enthusiasts. Offering more mechanically sound engineering than their British counterparts of the same time period, the 124 Spider is chic, comfortable and fun to drive. The current models are produced by the now Fiat-Chrysler Automobiles and known as the Fiat 124 Spider “Abarth”. But as any fan of Italian sports cars will tell you, we look to the original models for true inspiration.

Although often considered a gateway drug into other Italian cars of far reaching price points, 124 Spider are easy to come by affordably, and not a drain to maintain. The 124 Spider was in production from 1966-1982 and designed by notable American-born auto designer Tom Tjaarda. The Spider was created with the American market in mind, and about 75% of the roughly 200,000 produced were exported to North America.

For true motorheads, the 124 Spider’s real boasting points come from its twin-cam four cylinder engine and rev-happy five speed manual transmission. Spider coasts like a dream, sailing around corners with a certain glide not found in modern automobiles. The Fiat moniker of “Fix-It-Again-Tony” is not entirely deserved in this model, as even today parts for the 124 are relatively easy to come by and not complicated to install.

The later years saw a problematic introduction of a Turbo model, which are best avoided for overall unreliability. The biggest issue will of course be rust, the prime crucifier of any older car. Still, with a little persistence, a motivated buyer should be able to find a sound example for < $10,000, although prices are on the uptick. This is a car for cruising, perfect for country northwest corner roads. 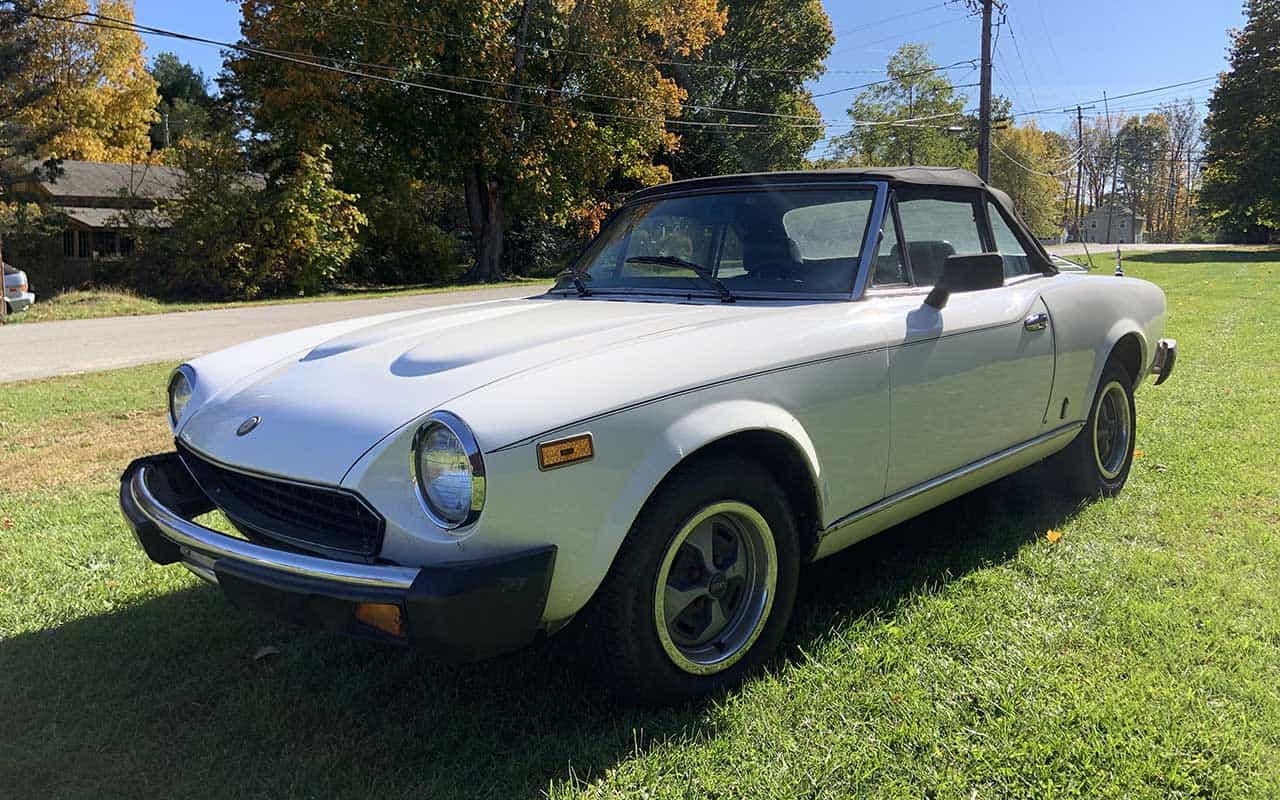