Nothing has quite filled the holes in the hearts of motor-heads everywhere left left by the Dodge Viper. Still, though the Viper has been out of production since 2017, Dodge somehow sold a select few in 2019, meaning there must still be leftover inventory at some dealerships. The last in Dodge’s long line of beloved Vipers lasted from 2013 to 2017 and during that time, Dodge built a handful of special edition models. One of these special edition versions, known as the Viper GTC ACR Time Attack, recently came up for auction through Barrett-Jackson, a company that specializes in the auction of classic and antique cars and runs collector events across the country. The car will be sold during an online auction and could fetch an enormous price because of both its condition and rarity.

The ACR, short for American Club Racing, was the most track-focused variant of the Viper. Powered by the same 8.4-liter V10 engine found in other Viper models and producing 645 horsepower, the ACR was also equipped with a massive rear wing, dive planes, and a front splitter for greater downforce. The Viper ACR was touched with an old-fashioned six-speed manual transmission that forced its driver into more legwork with power only going to the rear wheels. This particular ACR model is one of only ten Time Attack models ever built. The ‘Lurid Orange’ build that will come up for auction is number five of ten and comes with matching orange interior sticking paired with black leather. 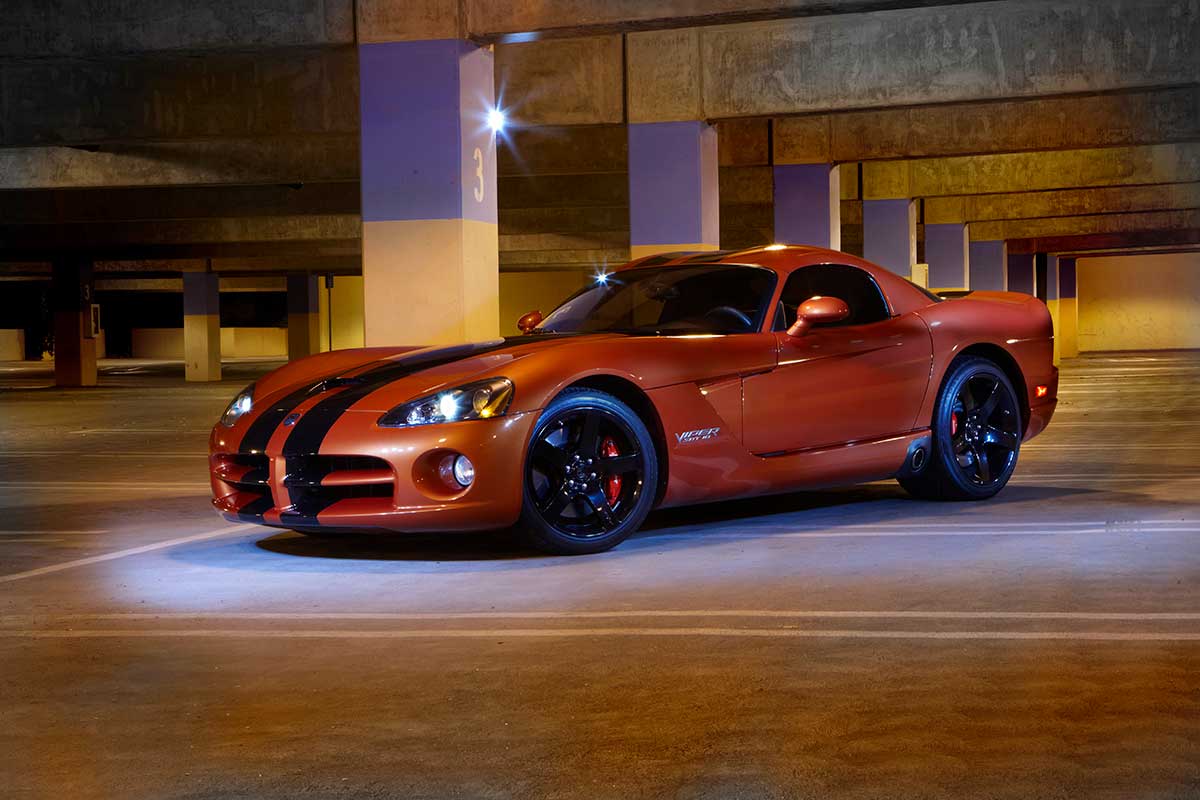