A Culture of Cultures 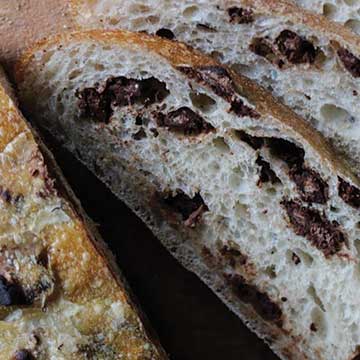 What does an animal make of a pandemic? On various early morning bike rides this spring, I’ve startled foxes and bears as they saunter along our unusually quiet country roads, no doubt pleased that our iron horses have yielded such amiable byways to them. My stealthy approach catches them unaware, and they immediately scurry for the nearest culvert, but their nonchalance on the blacktop is refreshing.

I return home to transform into a whirling dervish for the next eight hours, toiling like Sysyphus after an end to emails that will never come, with data flashing like lightning from server to server. And yet, during the lull of a lunch break, I watch with fascination as a couple of ducks shuttle back and forth between the river and a hole in a nearby sycamore tree, as ducks have for millions of years.

The great paradox of 2020 is that while everything seems to be moving faster and faster in the digital world, in the natural world, nothing ever changes. Our jobs demand many of us to be data processors of one form or another, but our nature resists such reductive, streamlined work. We were not built to be plugged into computers, so bike sales have exploded, and our trailheads are overflowing with legions of born-again hikers renewing their connection to the outdoors.

The isolation of a quarantine provides fertile ground for sowing the seeds of meditative practices, perhaps none more productive than that of cooking. Assailed by the dings, whistles, and chirps of countless alerts, the opportunity to pare life back to the simple, essential act of providing nutritious meals is one of the few luxuries we could all afford these past few months. A mantra arises from our chopping and stirring.

Those of us who like to cook have had the time to experiment with new recipes and more elaborate concoctions. In April, I made a run at homemade bagels with moderate success, but it took the better part of two days to see the recipe to fruition, even using commercial yeast to accelerate the process.

But slowing down my cooking satisfied an instinct in me to combat the fury of remote work. Just feet away from where I typed, a living, breathing organism grew. My dough respirated pensively on the counter, and if left unchecked, it would continue to feed off of the sugars in the flour until it exhausted the supply. It was the opposite of the cyborgian reality that seemed to inch closer with each byte: this creature, born of bacteria and able to nourish or sicken.

So what if we stretched the process down even further – something more on a seasonal pace? Smoked ribs and braised short ribs benefit from overnight marinades and hours of low-temperature roasting, but what would happen over a month’s time, or several months?

That is just what is happening in an unexpectedly large number of kitchens around our area. Local fermenters, bakers, and cheesemakers are employing ancient techniques to produce “slow food” that is not only delicious, but as studies suggest, is more healthful than mass-market alternatives.

Although my bagels took two days to make, die-hard bakers swear by sourdough starters and tend to them like plants, grooming and feeding them to preserve the active cultures that produce natural leavening and singular flavor. Richard Bourbon, owner and head baker at Berkshire Mountain Bakery in Housatonic, MA, is the Johnny Appleseed of naturally-fermented sourdough breads, and his philosophy has literally and figuratively given rise to exquisite loaves of bread in kitchens across the country.

It works like this, in brief: mix together flour and water and let it sit for about a week. With daily stirring and eventually some feeding with fresh flour, the mixture will absorb naturally-occurring bacteria from the surroundings and begin to ferment, or sour. Unlike yeast-leavened bread, sourdoughs break down some of the peptides that are linked to gluten intolerance and can facilitate the absorption of some of the sugars found in white flour that produce spikes in insulin.

If you’re pressed for time, you can experience the results of this process in Berkshire Mountain’s mouthwatering “Bread and Chocolate,” available at the Berkshire Co-op and at the bakery itself in Housatonic. Something between a breakfast bread and dessert, a smear of butter on a toasted slice highlights the slight sourness of the dough and the dark chocolate that rides that fine line between bitter and sweet.

If you’re willing to wait another week (or more) for your food, sauerkraut is a natural progression for slowing down your food process. As with bread, sauerkraut relies on naturally-occurring bacteria to fuel the “cooking” of cabbage in water, in the process preserving and even creating a variety of nutrients and healthful bacteria.

Recent scholarship into the benefits of probiotic foods suggests that a diet rich in fermented foods promotes “gut health,” or the maintenance of the delicate ecosystem in our stomachs that relies on beneficial bacteria for digestion and processing of the nutrients found in all foods. In the last twenty years, scientists have discovered that the vast majority of the DNA in our bodies is not our own, but belongs to the microbes that reside in and on our bodies.

This fact calls into question the hysteria around handwashing and sanitary practices that prevail at this moment. One body of traditional research focuses on the dangers of unseen bacterial invaders, while another emerging body of research advocates for developing our micro-biomes in ways that strengthen our immunity by promoting symbiotic bacteria.

It is admittedly hard to know which research to trust, but if you want to hedge your bets, you could do worse than Hawthorne Valley’s fermented sauerkrauts and kimchis. Available in their Chatham Co-op and elsewhere, their process relies on few ingredients (just cabbage, caraway seeds, cumin, and salt in their Caraway Sauerkraut) to preserve the crunchiness of their locally-sourced cabbage.

Looking to try it at home? Carve out a month or more to manage the fermentation process, and make a stop at New Preston Kitchen Goods in Connecticut to pick up a clay sauerkraut urn with purpose-made weights instead of scouring your house for a jerry-rigged setup.

Perhaps the most convincing case for the safety of probiotic foods is the experiment of Sister Noëlla Marcellino of the Abbey of Regine Laudis in Bethlehem, CT. Documented in Michael Pollan’s excellent 2013 book, Cooked, Sister Noëlla prepared two batches of raw-milk cheese from the same batch of milk, one using a traditional wooden barrel and paddle, and the other in a sanitized, stainless steel vat and injected both of them with E. Coli.

Pollan writes, “what happened next was, at least to a Pasteurian, utterly baffling: The cheese that had been started in the sterile vat had high levels of E. coli, and the cheese made in the wooden barrel had next to none… the good bugs, and the acids they produced, had driven out the bad.”

No pasteurization, no sterilization, and yet, an edible, even more desirable product.

Sister Noëlla’s cheese is available through the Abbey itself, but call ahead to ensure availability. Like sauerkraut, beer, and whiskey, hard cheeses require time to ferment, and two months is about the minimum for the process. Claudia Lucero’s 2014 book, One-Hour Cheese, is a guide to accelerating the process for the impatient, featuring a variety of recipes for relatively softer cheeses. None of these requires raw milk, but if you are seeking that old-world approach, many farms in the area can supply that, too.

Slow food is having a moment, and it is about much more than science. The nuanced flavor of these products invites slow tasting as well – a more attentive and mindful approach to eating that would naturally appeal to nuns. In an economy where many of us toil at work that is ephemeral, the rewards of producing something that is tangible and edible are both material and spiritual. It is an opportunity to connect with thousands of years of human experience in perfecting and celebrating our most basic need. 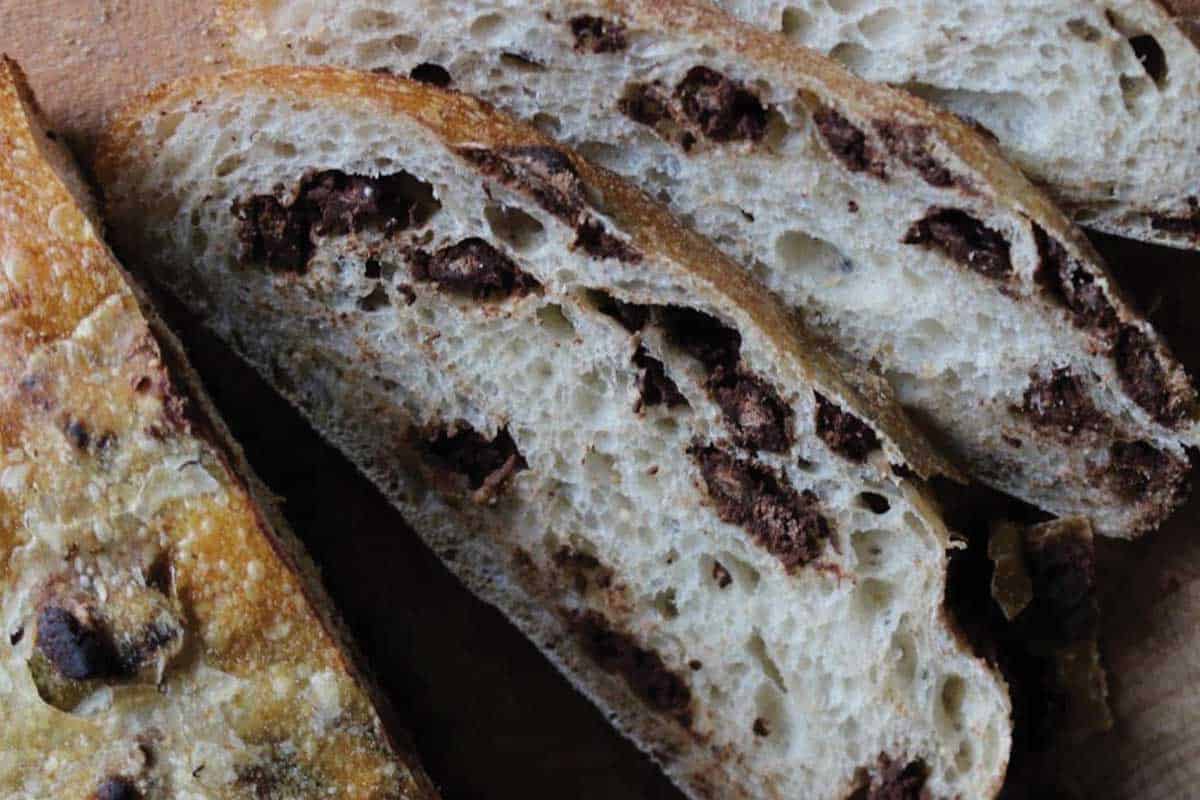