When you really consider the everyday things around you, they start to seem like tiny miracles. – Amy Shearn

Next June 12 marks the 40th anniversary of the dedication of the “old Copake Falls Church” as home to the Roeliff Jansen Historical Society (RJHS) and Museum. The building itself, rescued from neglect and adaptively repurposed, turned 130 years old in 2022. Throughout the years, the museum has become a repository for artifacts and documents reflecting the multifaceted history of the Roe Jan area. We have chosen a small sampling of items from the collection for a look beneath the surface, and have found some surprising and unexpected blasts from the past! 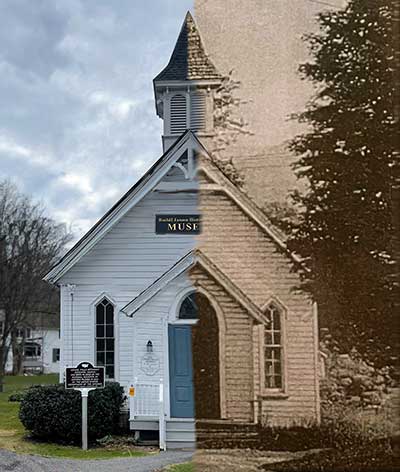 Egg scales (see photo below) are used to separate eggs into predetermined grade levels for customers. An egg scale is a useful item as it is light, and can be transported from market to market.

In 1924, Acme inventor N.E. Chapman received a patent for what he referred to as an egg grading device. The example in the RJHS collection is a Jiffy Way brand egg weighing scale, which was first patented in 1940. This portable device allowed farmers to weigh one egg and easily recognize the weight of a dozen similar-sized eggs. Further, by placing an egg on the nickel-plated cradling arm, the machine not only tells the specimen’s weight in ounces but also its grade, from small to extra-large. Originally sold for around $2, this colorful tool has become a highly collectible item.

The essential materials needed to establish an iron works facility in the mid-19th century were raw ore, limestone, wood, and waterpower. All four ingredients were abundant in Copake Falls, NY, the site of the Copake Iron Works. Now a museum, the Iron Works constitutes the largest group of iron-making remnants in the larger Tri-state “Iron Heritage” area. Founded in 1845 by Lemuel Pomeroy, the Miles family purchased, owned, and operated the Iron Works from 1861 to 1903.

The patent in the RJHS collection (see photo below, right) was issued in 1898 to William A. Miles, the last owner of the Copake Iron Works. To smelt iron efficiently, a blast furnace had to continuously burn very hot. Charcoal burns much hotter than wood (even seasoned wood) and at a more consistent temperature.

Charcoal is generally prepared by burning wood in a kiln or oven, and by extinguishing the fire just before the wood turns completely to ash. Charcoal making became an extremely important industry, and colliers (charcoal-makers) were essential. The three-page patent granted to William Miles for his method of operating charcoal kilns is well preserved and complete with a ribbon and official seal on the first page. Seals of this kind inspired the expression “seal of approval,” which refers to receiving approval from an authoritative person or institute.

The earliest puzzles were created as educational tools to teach children geography. The earliest commercial publisher of these puzzles is John Spilsbury, a London-based cartographer and engraver. He created these puzzles, known as “dissected maps” by pasting a paper map onto a thin piece of mahogany wood and then used a marquetry saw to section the pieces. The idea of reassembling an image from a myriad of pieces became very popular and in addition to maps, puzzle imagery expanded to include farms, animals, and religious scenes. The term jigsaw puzzle only came into use during the 1880s when a tool called a jigsaw was used to cut the intricate and interlocking pieces that would stay together.

The sectional puzzle of Columbia County in the RJHS collection (see photo right) was made by Stickle & Mason, of Weedsport, NY, and originally had 22 pieces. When assembled, the pieces became a map of Columbia County (founded in 1786) and were printed on wood and paper.

The Copake Telephone Company was a rural system founded in 1908, by a group of investors headed by John D. Ackley. The vintage oak crank ringer box from the RJHS collection (see photo below) once belonged to this small but dynamic company. The equipment was made by Western Electric and includes a handset. Many early manual telephones had an attached hand-cranked magneto that produced an alternating current (AC) at 50–100 V for signaling and ringing bells of other telephones on the same “party” line. This ringing would alert an operator at the local telephone exchange. The handset with receiver and cradle relied on operators to put calls through to the exchange and predated telephones equipped with self-operated rotary dials.

In 1972, passenger service north of Dover Plains ceased, and around 50 miles of track was abandoned. The track bed is now being incrementally transformed into the Harlem Valley Rail Trail for pedestrians and bicyclists, and will soon extend all the way from Wassaic to Chatham, NY.

The two vintage Railroad hats in the RJHS collection (see photo above) sport New York Central badges, predating the Penn Central established in 1968. The hats also tell us that they respectively belonged to a brakeman and to a conductor. A conductor has traditionally been the train crew member responsible for operational and safety duties that do not involve the actual operation of the train/locomotive. The brakeman’s job, however, was initially very dangerous and involved walking atop moving cars and manually applying brakes.

In 1869, George Westinghouse patented the automatic air brake system, eliminating this hazardous but necessary practice. These days, the brakeman (called a trainman or assistant conductor) collects revenue, may operate door “through switches” for specific platforming needs, makes announcements, and operates train-line door open and close controls when required to assist the conductor.

Next summer (2023), the Roeliff Jansen Historical Society will celebrate its 40th year as a museum of local history and will showcase many other fascinating objects and documents from its ever-growing collection. The museum is located at 8 Miles Road, Copake Falls, NY. Please visit their website at www.roeliffjansenhs.org to learn about their programs, exhibits and to explore much more local history. 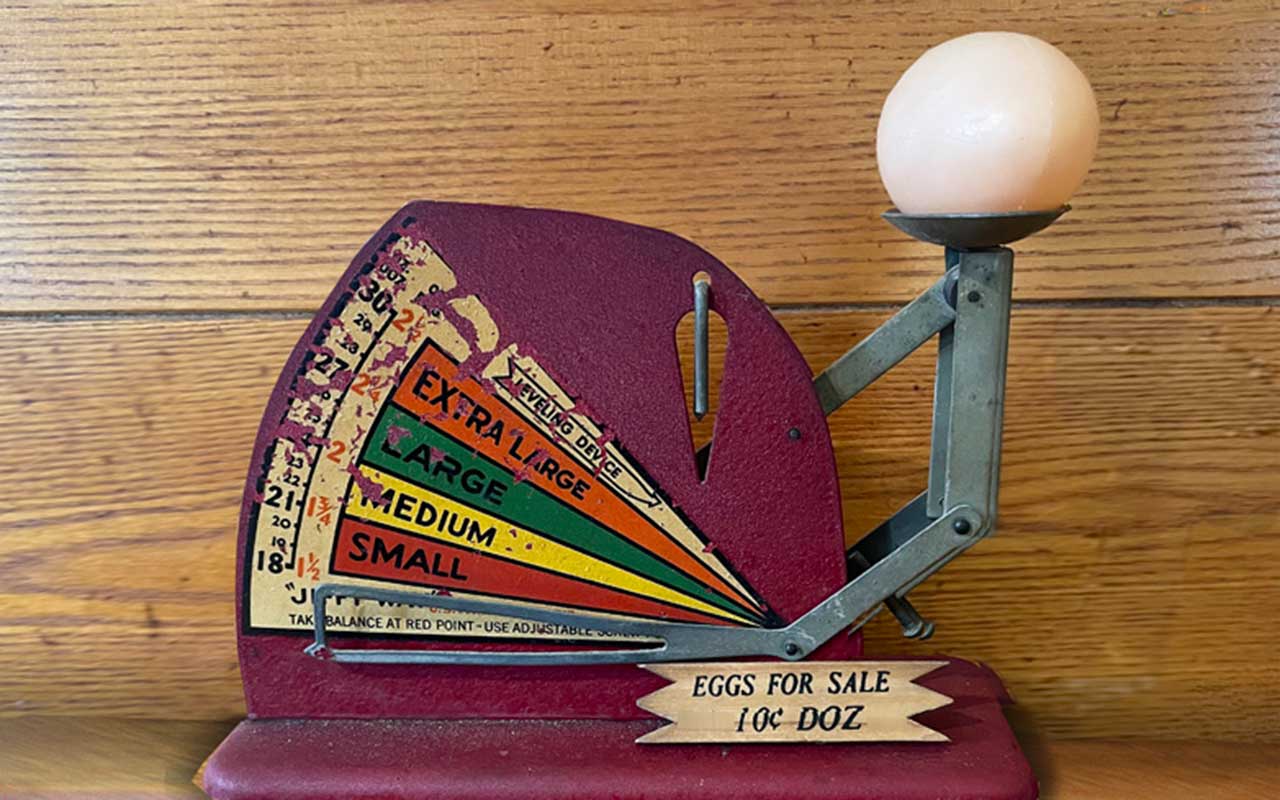