When we concluded our chat, Jenifer Garzone was off and running to softball practice at Wolcott Tech. Another season begins for this woman of all seasons.

Garzone coaches softball, soccer and football at Tech and she recently made history by becoming the first female high school football coach in Connecticut history when she was chosen to take over the reigns of the Wildcats, who co-op with Housatonic Regional High School on the gridiron after serving as an assistant coach for six years.

“I’m really looking forward to the challenge and everyone, including our assistant coaches have been very positive about me becoming head coach of the program,” said the 35-year-old Garzone who was expecting a child at the end of April. “I do feel a bit of pressure because I’m sure I will be under a microscope because I’m the first woman to coach a high school football team in the state.”

Building a winning program at Tech is no easy task and Garzone knows she is up against some tough odds. The Wildcats were 0-10 last year. The Wolcott Tech program last won a game in 2014. The last Housatonic/Wamogo victory came in 2011. “We don’t have the facilities that other schools have and we can’t pay our home games in our field because it there are some problems with the surrounding space. The co-op with Housy is great but we both have to travel which also limits our practice time. And we always have the issue of kids having to work and being from towns that makes their playing sports here difficult because of the need for rides to and from practice.”

Yet, she remains undeterred. “I do believe it is possible for us to be a creative program. We were in a numerous games last season but we were down in the second halves of games because we lack the depth that other teams have. That’s the one thing that will make us better, to have more players so we can give people rests during games and not have them playing every minute of the game on offense, defense and special teams.”

She talked about how she has changed as a coach over the last decade. “Of course you want to win but I have a different perspective on why kids go out for teams at a technical school and the processes that go into their decisions. When they are 16 they are faced with- do they work or do they do extra curricular activities? But I always tell the kids they have the rest of their lives to work but you are in high school only for a brief time and to enjoy that time if you can. Sometimes our kids get a bad rap but we have a group of bright, focused youngsters who will make a great living for themselves after high school, in college, and have great careers. As teachers and coaches we always have to remember that the kids are here for an education first.”

Garzone also played semi-pro football for 11 years, seeing time at every position except kicker, and believes her love of the game and having played football will serve her well in her new duties at Tech.

“I played for several Connecticut teams and it was a lot of fun. My last season was in 2017. We have a lot of very good athletes on our teams, women that played other sports at a high level in high school and enjoyed playing football.”

The reason she didn’t play in 2018 was that she was going on her honeymoon with her husband, Francesco Garzione, and didn’t feel it would be fair to her teammates if she left during the season. And this year she is pregnant. But she will return to the field as a player, she added. Being a dedicated coach, Garzone waited until there was a bye week during the 2017 football season to marry and then until the summer when school was out to go on a honeymoon.

Garzone replaces Jamie Coty, who founded the Wolcott Tech football program in 2007. Coty, who had a long commute to Tech and other interests that drew his attention, resigned and Garzone jumped at the chance to apply for the position.

He added, “Her knowledge of the sport goes beyond the X’s and O’s. She brings a unique perspective to the game as a semi-pro full contact football player, which earns her more respect from the players. Jennifer Garzone is the real-deal and the right coach to lead the next generation of Wolcott Tech and Housatonic football players.”

Garzone is a social studies teacher at Wolcott Tech and met her husband -a math teacher- at the school. Francesco Garzone serves as the mic address announcer for Wildcat games and sings the national anthem.

Damian Gwinn and Larry Gwinn, will return as assistant coaches this fall and Tech is seeking two additional assistants. Garzone believes about 25 players will return from last year’s team. She will see what type of player and talent she has on the 2019 team before she decides with her coaching staff what type of offense to run. Tech competes in the Connecticut Technical Conference.

Garzone will continue to coach three sports, starting with softball this year after which she will be on a six-week maternity leave. Plans are for Coty to take over temporarily, although Garzone said she will be on the sidelines with her baby cheering the team on.

“Coaching so many sports has taught me a lot about time management and organization,” said Garzone. “I enjoy being busy and being involved with the kids. We have had success in basketball and softball within our league and I’m hoping we can do the same with the football team.”

The whole country will be watching this fall when Garzone dons the head coaches cap and headphones. Judging from past results, the Tech football program is in good hands. 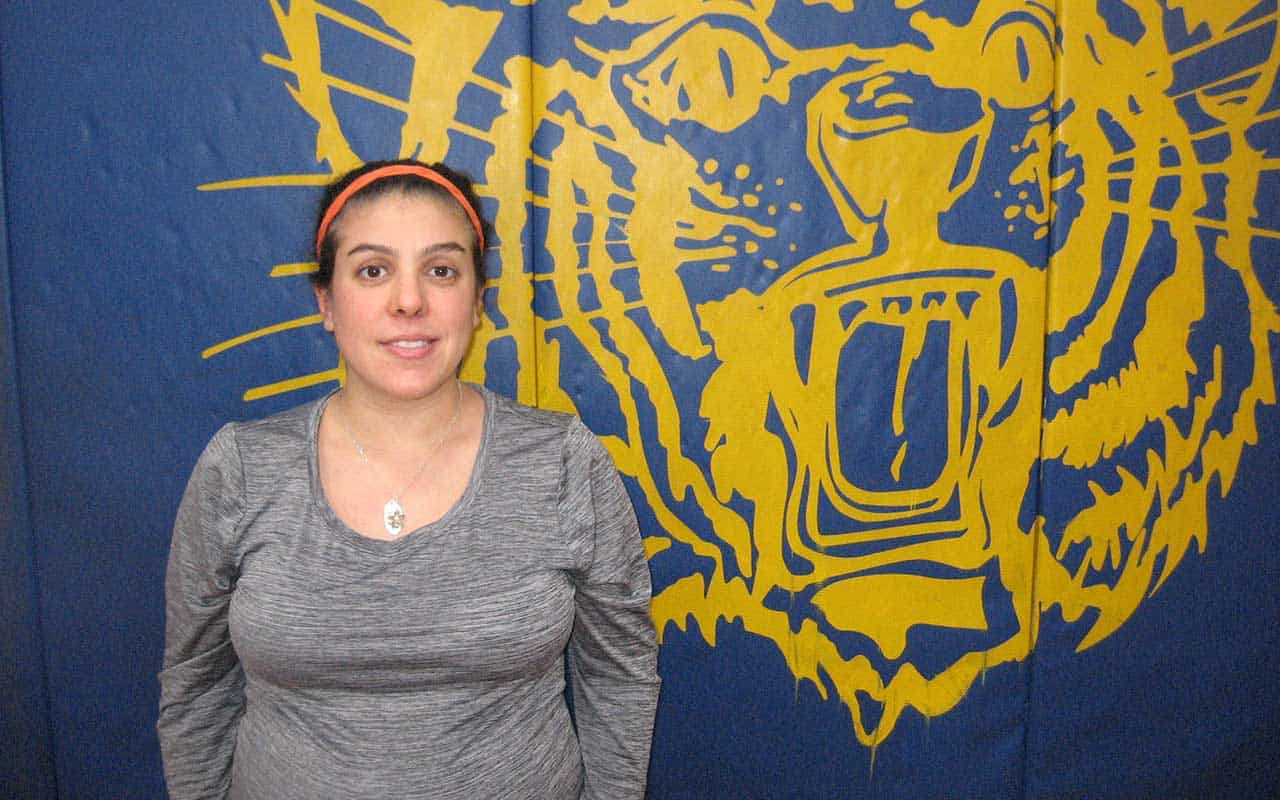