Join us at James Barron Art for the opening of Mosaics

Please join Deborah Goodman Davis at James Barron Art to celebrate the opening of Mosaics a group exhibition she curated.

*Please do not put James Barron Art in your GPS or it will direct you to their former location. If you have any trouble finding the gallery you can contact them at 917-514-3762. 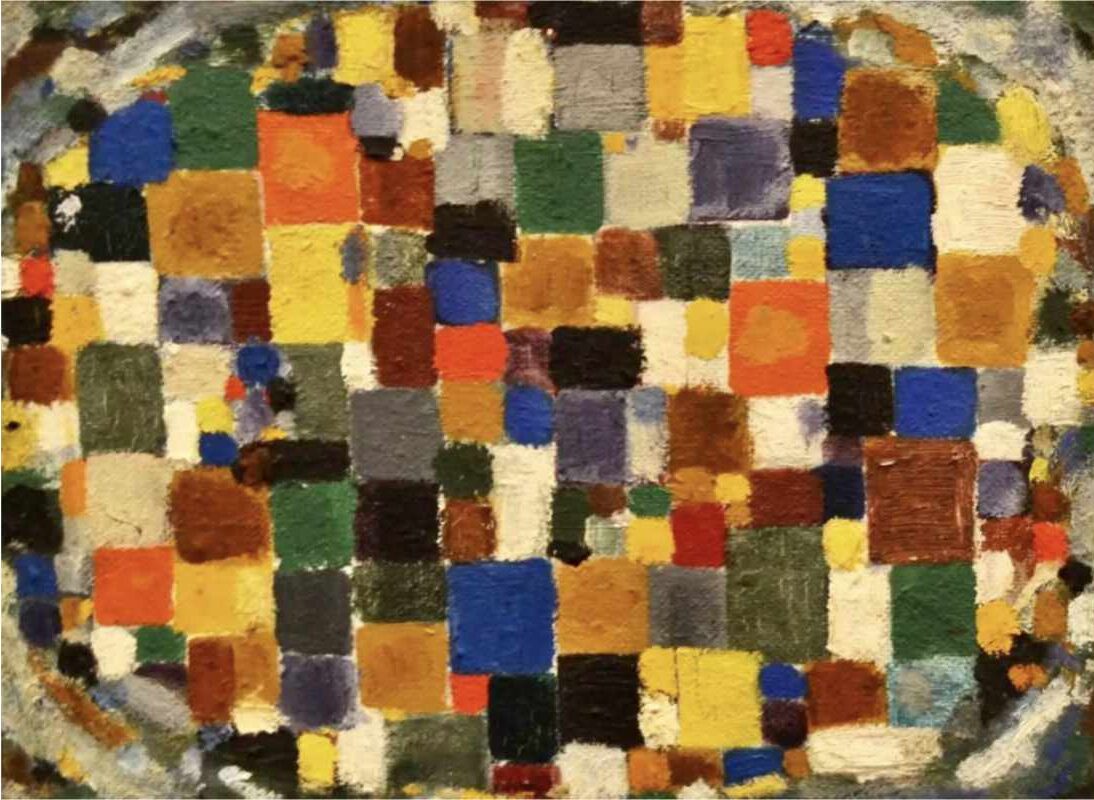 The show will include work by the following artists:

-Stephen Sondheim, Sunday in the Park with George

A mosaic is any picture or pattern—representative or not—that is made up of small, often fragmented pieces arranged together to form a cohesive whole. In a way, one could imagine that our entire world is made of mosaics, from the atoms that constitute our bodies to the skyscrapers which form city skylines to the stars which shape the night sky. In Canada, the term “cultural mosaic” is used to describe the country’s mix of people from different ethnic, linguistic, and cultural backgrounds, which together form the whole of its society. In this context, the group exhibition is a kind of mosaic, too: a collected body of work by artists who express themselves in different styles and media, while hailing from different countries and generations.

Mosaics are also one of the oldest forms of art. While we do not know for certain when the first mosaics were made, their earliest examples can be traced to Ancient Mesopotamia almost 5,000 years ago. These ancient mosaics were most likely made from river pebbles, used to carpet packed-earth floors in a waterproof, wear-resistant design—equally useful in form and function. Early mosaics also incorporated shells and bits of ivory, while glazed tiles appear to have been introduced circa 1500 BCE. In Ancient Greece and Rome, mosaics flourished in popularity. Miniature tiles called tesserae were used to give these Greco-Roman mosaics a high degree of detail, bringing the art closer to painting in its ability to render figurative designs.

Today, mosaics are still in wide use and have influenced generations of artists. This group exhibition highlights works that are in dialogue with the art of mosaics, but aren’t necessarily mosaics themselves; it encompasses painting, sculpture, monoprint, and mixed media relief. The starting point of the exhibition is Jan Müller’s Oval Mosaic (1952), an oil on panel patchwork of vibrantly colored squares and rectangles. Like a true mosaic, the composite parts in this painting are unique in shape, size, and color, while they are framed in oval which renders the corners blurry and out of focus, as one might see it through the lens of a camera. At the same time, the artist Donald Judd praised Müller’s work for its multiplicity, alluding to “‘unmosaic’ things [which] develop among the squares.”

Other such modern takes on the mosaic can be seen in Jason Middlebrook’s sculptures, which use tree trunks as a natural canvas for his geometric compositions. These assemblages are both lighthearted—such as when the artist turns an ordinary tree stump into a disco ball—and seriously referential, invoking the work of artists like Ellsworth Kelly, Bridget Riley, or even the fragmented realities of Cubism.

Another artist in the show, Rakuko Naito, references the past in her use of traditional Japanese materials and techniques to craft colorless works which exist somewhere between the realm of drawing and sculpture. Focusing on the textures which can be derived from paper, Naito explores the three dimensionality of mosaics constructed from traditional Japanese materials like kozo and mino washi, which trace their roots to the Nara period in 8th century Japan. Howardena Pindell similarly uses paper to build up the surface of her collages, but to very different effect: armed with a hole punch, Pindell constructs intricate collages from circular bits of paper, fragmenting and abstracting words which allude to unknown histories.