As she completes her second season with the University of West Virginia women’s soccer team, Housatonic High School graduate Lauren Segalla is still waiting for her career to fully blossom. The sophomore has been watching the action for most of the fall with an injury. But she continues to work hard and remains a part of the team.

“Unfortunately, I’ve been sidelined because of an injury for most of the year,” said the 19-year-old Salisbury native and daughter ofChad and Kimberly Segalla. “My best moments this fall have been helping to lead and support this young team.” West Virginia, annually one of the top teams in women’s college soccer, was 10-7-2 through mid-November. West Virginia hopes to “red-shirt” Segalla because of her injury, which would mean she would still have three full years of eligibility remaining. The NCAA has to approve the request.

This is the second tough blow Segalla has faced in her young career. She tore the ACL in her right knee during a game with her club soccer team in 2016. The Housatonic High School star, lauded as perhaps the best schoolgirl soccer player in Connecticut, faced surgery and a long and tough rehab from her injury.

The 5-foot-10-inch Segalla saw only limited action as a senior for Housatonic last fall, but when she was in there she basically couldn’t be stopped by opposing teams, just as during her first three seasons. She played in 63 career matches at Housatonic and finished with 266 points (120 goals, 26 assists). Her goals total is a school record, and she also set the single-season scoring record in 2014 with 52 goals. She was 2016 team captain, was selected to Senior All-Star game, and was an annual All-Berkshire League selection.

Segalla led Housatonic to the 2014 CIAC state tournament final, was the 2014 MaxPrep Player of the Year, and was a four-time MaxPrep Player of the Week honoree. She also played varsity basketball for the Falls Village high school. Her club soccer career was also outstanding. She was a three-year member of Connecticut Football Club (CFC) United ECNL (Elite Clubs National League) (2014-17) and CFC Extreme ECNL (2012-14), was leading goal scorer each season with CFC ECNL, an ECNL Northeast Region PDP selection, and a U15-U18 CFC Academy selection.

Segalla played in only five games this season, registering 10 shots including two shots on goal. She had a stunning freshman campaign in which she was named to the Academic All-Big 12 First and Big 12 Conference Championship All-Tournament teams, started all 23 of her team’s matches at forward, logged a career single-season high 1,587 minutes, finished the season with 14 points (5 goals and 4 assists), placing her in a three-way tie for second on the team, and recorded 65 shots, the second-best team total and fourth best in the Big 12.

Segalla believes that despite her injury this year she continues to make strides as a college player. “My fitness and pace of play have been the biggest improvements that I have made this year. There is always something that can be worked on, right now my concentration is on rehabbing and getting back to game shape.”

Segalla, whose other college choice besides West Virginia was Duke University, says her biggest assets as a player are her speed and power. “I use those to my advantage. I am working on my defense, which every player on the field needs to be able to do at the college level.”

Segalla chose West Virginia over Duke for several reasons. “I really liked the coaching staff here. And the fans really follow us, unlike at some colleges. We get around 1,000 spectators at our home games and that really inspires us to play well every game. It’s a big bonus to have that many people cheering for you to do well.”

The former Housy star is thrilled to be a Division I college athlete at a university that loves its sports. “I enjoy the atmosphere and the fans. West Virginia does not have any professional sports teams, so the state really embraces our teams.”

She thought back to the injury she suffered in high school, a blow that might shelve some players for a long time and threaten their athletic futures. “It was disappointing, but rather then get down and angry I used it as a motivational tool. I pushed myself hard to come back and wasn’t going to let it stop me.”

She’s approaching her second major injury in the same fashion and it’s certain she will be back on the field contributing to her team as soon as possible. 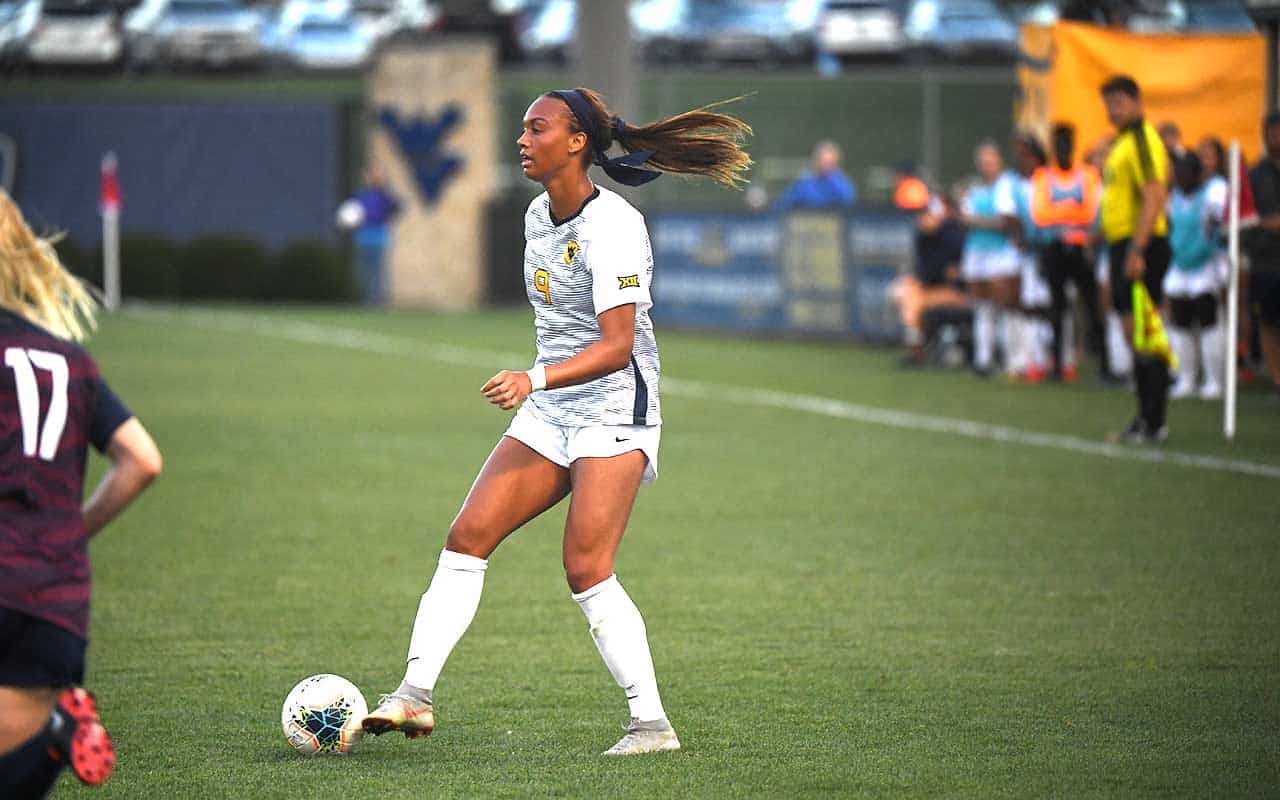