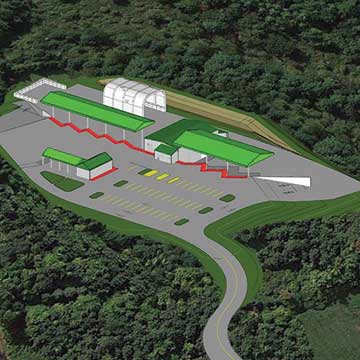 I love my transfer station, and I’m not the only one. There is something cathartic and freeing about dropping off one’s refuse at a site distant from one’s own house, but not too distant. Most of my life, I lived in places with trash pickup, where the handoff of garbage took place at the end of the driveway and involved nothing more than wheeling a barrel down to the curb on Sunday night. Pretty thoughtless, really.

A transfer station recasts that process as a sort of ritual that requires a certain amount of mindfulness. The processional begins with the gathering of undesirables around the house, then the sorting and packing of them according to their destination, the early weekend morning drive (a time to meditate on things discarded, things retained), and the purifying catapulting into the dumpster. It is as if I have purged myself of a week’s accumulations, its imperfections and concerns, and I drive off lighter in every sense.

Someone else’s problem?
But of course, it is a transfer station, so all of those imperfections and concerns are just shifted elsewhere, to become someone else’s problems. In most cases, urban hubs such as Hartford and Torrington in Connecticut have facilities that process our waste in one way or another, and for towns in Massachusetts and New York, it’s places like Springfield and Wingdale.

My transfer station is located on the Sharon/Lakeville line, but a new facility will soon open closer to the state line next to Millerton, NY, and our towns will continue to ship our waste to the closest facilities in any of the three states.

Your trash as energy?
Most weeks, your average consumer churns out trash and recyclable material, mostly in the form of plastic containers, aluminum cans, and paper. Let’s start with the trash or, as it’s known in the business, mixed solid waste (MSW). At Salisbury/Sharon, this includes everything from banana peels to branches, Saran Wrap to cellophane, and we shipped out about 3200 tons of it last year to the Materials Recycling and Innovation Authority (MIRA) in Torrington. That cellophane may be useful as an element of refuse-derived fuel (RDF) that stokes the resource-recovery facility, turning trash into energy that, in Connecticut, fuels about 35,000 homes.

That RDF requires processing, including the removal of non-combustible glass and metal, so not all of our trash ends up as energy. Still, it’s somewhat reassuring that we are able to divert our waste from landfills. In fact, a 2008 study by the Connecticut General Assembly found that only about 5% of our MSW ends up in landfills (although 8% was shipped out of state), and we are able to divert approximately 25% of our waste. That was over a decade ago, though, and a look at recent data shows that at least in Salisbury/Sharon, their recycling output has held steady at just over 1000 tons a year.

And even in 2010, when that aforementioned study was published, our capacity to handle all of the waste was strained. Since then, the state has proposed a goal of 60% waste diversion, and shifting from 25% to 60% is obviously going to require some Herculean efforts. In addition to an outdated processing infrastructure (the MIRA facilities are retrofitted coal plants that had to be temporarily shut down in 2018 for overdue repairs), the goal itself is something of a moving target. Since 2010, plastics have gotten thinner and consumer interest in decreasing waste has changed the composition of our waste stream in general. So although the ratio of waste to recycling has remained roughly the same in terms of gross weight, the recycled content is more dense in terms of recycled units.

In recent days, officials have been briefed on just how dire the situation is at MIRA facilities. The processing plants will require $330 million dollars in repairs to remain viable, and the nearest landfills that would accept our waste are in Ohio and Virginia. Clearly, something has to be done about waste in our area.

A 2016 study by the Connecticut Department of Energy and Environmental Protection (DEEP) suggested at least one avenue to reaching their 60% goal: composting. According to that study, about 40% of MSW contains food scraps and compostable content, so composting alone would get us there. Fittingly, DEEP advocated for “the development and strengthening of state incentives for new technologies that generate electricity from waste such as anaerobic digestion and gasification,” processes that require organic materials such as food scraps.

The new transfer station
All of this brings us to the decision to build a new transfer station facility on the Salisbury/Millerton line. The existing facility had been open since 1975 as “a temporary solution to landfill challenges,” and over the course of its long-term land lease with Hotchkiss, it has become a collection point for all kinds of materials and waste.
More than that, however, it is a hub of community contact. If you hang around long enough, you’ll see everyone there, and the amount of information and gossip exchanged at the transfer station rivals the number of items we deposit. It is an interesting consequence of adopting a transfer station approach to waste disposal, but I’ve found it to be true in most small towns with such facilities.

While not the intended purpose of a transfer station, such considerations must be addressed in the design for a new facility. How will people move around and use the facility? What traffic patterns would they follow, and are those safe? What items will residents want to bring to the station, and in what quantity? These questions, as well as current environmental regulations, were all a part of the process in designing a new facility, which is scheduled to open later this year. 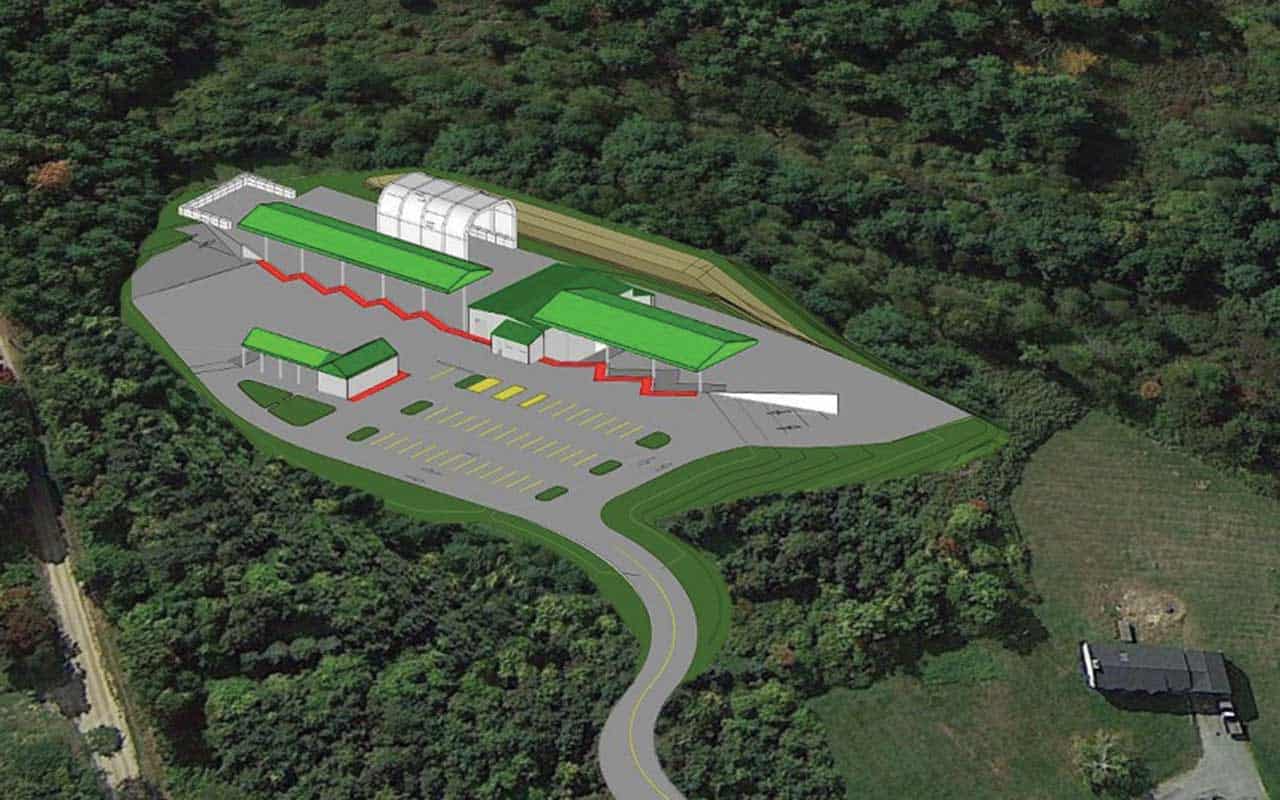 I recently toured the area, which is still in the final stages of construction. From the road, it has the feel of a new gas station: slightly futuristic, with vaulting metal canopies and antiseptic-looking concrete. Much thought has gone into the movement of residents and commercial vehicles around the area, and the increased capacity will meet the needs of these towns for the foreseeable future.

Functionally, however, it is not especially state-of-the-art. They will collect the same items, and in much the same manner. There is no plan for composting, anaerobic digestion, or gasification, and the planning reports attend to matters of usage, finance, and process more than environment (although a holding pond and shelters for equipment and materials will decrease the immediate local impact). This facility, while more capacious than its predecessor, will not change how residents dispose of their waste.

Whether or not that is the purpose of a transfer station is a matter of debate. Since the opening of the existing transfer station, residents have come to play an important role in diverting waste from landfills by sorting their trash, a habit that is encouraged by legislation, municipal infrastructure, and a certain sense of civic duty. As landfills
close, we need to reckon with the 1,300 pounds of waste that each of us generates each year, and where that waste ends up. We can’t just continue to transfer it to someplace else.