A few years ago, a cryptic acronym began to appear in my social media feeds: “FKT.” Too lazy to look it up, I assumed it was expletive-based shorthand for the exasperated athletes who used it in association with stupidly long undertakings like ultramarathons and “Everesting,” where a cyclist attempts to climb the height of Mt. Everest in a single day.

After its third or fourth appearance in print, I accepted that it might be here to stay, and I headed to Google, where all middle aged people go when they lose touch with current lingo. FKT – short for Fastest Known Time – covers a range of activities including trail running, mountaineering, cycling, and skiing, and it is catnip for OCD endurance athletes who are looking to claim the record for the fastest confirmed time over a given distance. Records for Appalachian Trail thru-hikes, Presidential Range traverses, and summit climbs inspire months of planning and coordination, training, and sacrifice. One such result is a self-supported FKT for thru-hiking the Appalachian Trail in just 45 days, an endeavor that typically takes five or six months.

It’s not all about FKTs

This was never the plan for trails. The vision for most long-distance and even local trails is to make nature accessible for the general public, not for people to set FKTs because the trail allows for that kind of speed. In order to make trails available to people with wheelchairs and walking aids, however, we must also make them flat and even enough for runners and cyclists. Should this extend to the highest peaks and remote vistas, or does the very inaccessibility of those places make them more appealing?

Bob Marshall, founder of The Wilderness Society and one of the first Adirondack Forty-Sixers, climbed New York’s highest peaks (nine in a single day) without the benefit of trails – a staggering achievement to anyone who has clambered over roots and wet cliffs on the well-marked trails that now guide dozens to their summits each day. Even in the 1930s, Marshall feared the encroachment of civilization on public lands: “The sounds of the forest are entirely obliterated by the roar of the motor. The smell of pine needles and flowers and herbs and freshly turned dirt and all the other delicate odors of the forest are drowned in the stench of gasoline. The feeling of wind blowing in the face and of soft ground under foot are all lost.” His writings and advocacy led to the Wilderness Act that defined wilderness and designated huge swaths of public land for preservation.

Marshall’s philosophy was grounded in socialism, and he believed that public land management was the “best way to ensure both the sustainability of the forest industry and the preservation of wilderness.” But how should we go about balancing public access to wilderness with the virtues of untrammeled land? Consider the accomplishment of three hikers in wheelchairs and two on crutches who traversed some of the most rugged terrain in New England en route to Galehead Hut, an Adirondack Mountain Club shelter in the White Mountains that is located at the end of a 4.6 mile trail at an elevation of 3800 feet. Their 12-hour hike in 2000 justified the additional $50,000 that the club was compelled to spend in order to make the facility ADA-compliant, although the support team of twenty was an unusual presence on the trail.

Making the entirety of such trails accessible for all travelers would entail astronomical expense, but it is also a matter of priorities. On several hikes a few years ago in Cape Breton, Nova Scotia, I noticed that all of the trails included paved or gravel sections that made it easier for travelers of all abilities to reach incredible vistas and national treasures. Aside from the debate over disabled hikers, it just made the walking more pleasurable, too.

They point out that there are many opportunities for casual hikers and physically limited people to access modest summits, roadside waterfalls, and scenic vistas without compromising the “genuine adventure” of a back country experience and the mountain environments that allow for it.

All of this is to say that trail designers have a bigger challenge on their hands than you might realize as you are strolling through the woods. Balancing competing human needs with conservation priorities requires deliberate planning and community engagement. The AMC and Adirondack Preserve have specific guidelines for trail maintenance and building that attempt to minimize impact on the land, and their trails are limited to foot traffic in the spirit of that goal. The AMC engages volunteer trail stewards who adopt sections of the trail and maintain it for reasonable access, clearing downed trees and installing trail features like stairs and water bars to minimize erosion, but for the most part, it is a simple dirt path in the woods.

More and more, however, the public is demanding other means of accessing nature, from ATVs to horseback, all of which have an impact on the environment. Recent mountain bike innovations have made it easier than ever to quickly access remote locations on two wheels, and trail designs have evolved to keep pace with new technology. “Flow trails” that include banked turns, jumps, and rhythm sections transform modest paths into veritable roller coasters, but they have also drawn crowds of riders to the outdoors and to rural locations, for better and worse. The increased traffic both supports rural economies and challenges the infrastructure, requiring dozens of paid employees and volunteers in places like Kingdom Trails in East Burke, VT.

Snow-related conveyances are another particularly interesting case study. The fact that they require snow as a surface eliminates the most damaging kinds of environmental impact from human traffic, so trails become more like maps to the back country, with cross country skiers and snowshoers following in the compacted wake of snow machines. In Upstate New York, trail networks weave through acres of forests, connecting riders to remote bars and restaurants through silent, snow-draped woods. And once the snowmobiles pass through, it is silent once again, available for the continuum of trail users that require man-made contrivances to navigate snow. Skis and snowshoes are antique technologies, but with the emergence of electric-powered engines, snow machines of the future may be able to come and go without a trace, and trail designers will have to shift again to adapt. 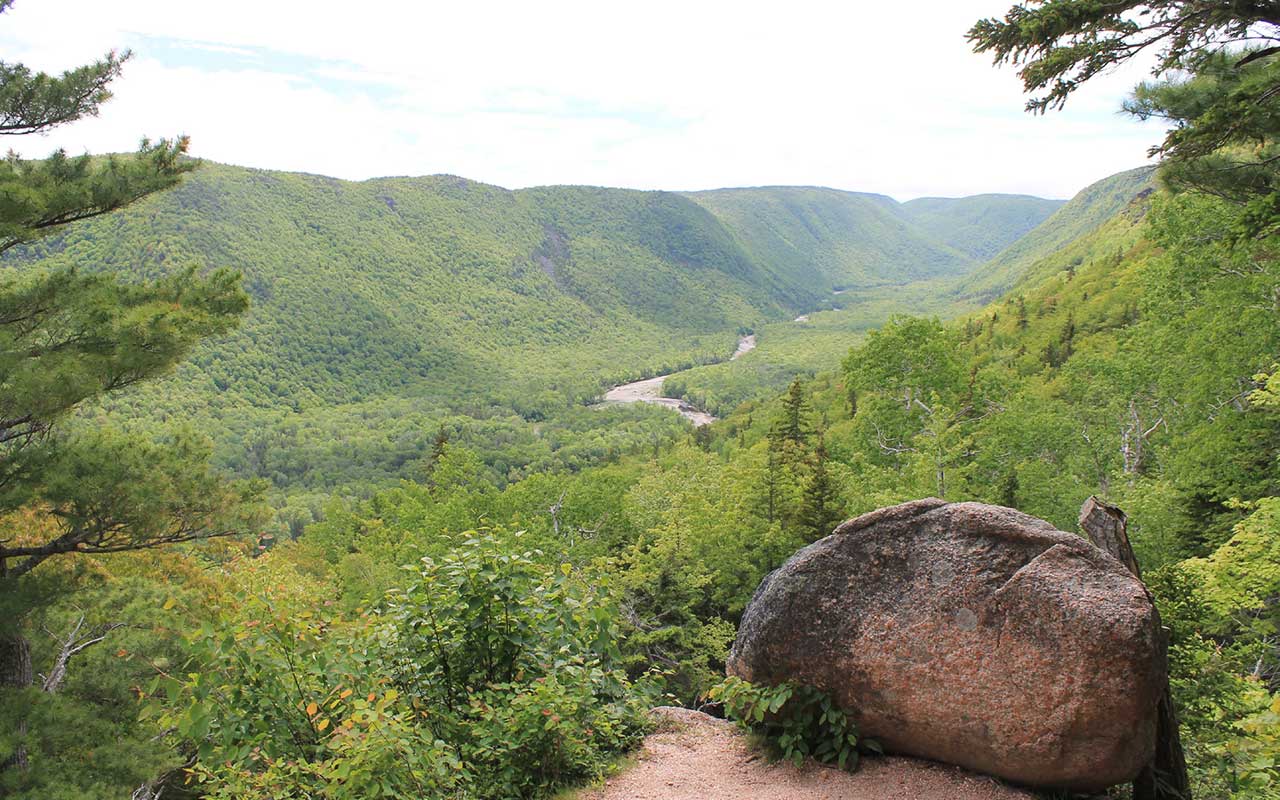