Read This Article About Puppies 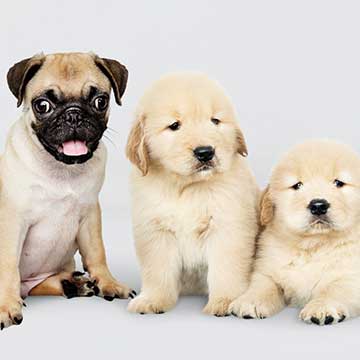 You fell for it, didn’t you? You saw that banner of adorable, impossibly fluffy puppies, and you couldn’t help but read on. Coupled with an enticing title and some nifty rhetoric, you’re now drawn into an article about an animal only a mother could love.

“What’s that?” you’re probably wondering, but let’s dwell on the puppies a little longer, because they’re cute. How did that picture work on us? In short, we are hard-wired suckers. According to Natalie Angier of The New York Times, “scientists who study the evolution of visual signaling have identified a wide and still expanding assortment of features and behaviors that make something look cute: bright forward-facing eyes set low on a big round face, a pair of big round ears, floppy limbs and a side-to-side, teeter-totter gait, among many others.” Puppies check all the boxes. You never stood a chance.

If I had told you that this article would be about a creature with no fur at all on its head and neck that maintains its body temperature by defecating on its own feet and that subsists on roadkill, you wouldn’t have made it past the first sentence. Throw in that you can actually see right through its nasal cavity, and you’d be reaching for the nearest garbage pail.

But maybe – just maybe – if I’ve tapped into that morbid, slightly sophomoric part of you that is just weird enough to read on, perhaps you’re curious about how so many repulsive qualities could exist in one animal. And maybe you are open-minded enough to allow that there is some beauty, some important and necessary role for all creatures on this planet – even a turkey vulture. If so, read on.

Because turkey vultures are oddballs in the animal world. If you have a soft spot for Mexican hairless dogs, blobfish, and flightless birds – things like that – then maybe you already appreciate turkey vultures. They are ungainly as hell, stumbling into flight with a cacophony of feathers and tipping and angling atop thermal currents with the least amount of grace it takes to stay airborne. Whenever we look to the firmament in hopes of spotting a bald eagle or a falcon, more often than not, the six telltale splayed “fingers” of the turkey vulture betray the gyre of this far more common raptor.

Why are they so ubiquitous? Well, why are deer everywhere we look? Answer that question and you’ll know why this scavenger, which feeds on decomposing carcasses, numbers in the millions and has extended its range since the 1970s to include southern Canada. More cars, more roadkill, more call for scavengers. Viva la vulture.

And therein lies some of the – dare I say – majesty of this creature. Its utter heinousness derives from the very evolutionary adaptations that also make it wonderful. Yes, you can see directly through its nasal cavity, but it’s because vultures possess an uncommonly large olfactory lobe that picks up the scent of ethyl mercaptan that arises from the corpses of recently-killed animals. This also explains their relative gracelessness compared to other birds: they prefer to fly close to the ground in hopes of picking up that scent. Plus, it’s the only North American vulture species that can do that.

Once airborne, vultures are more interested in surveying the landscape for fresh meals, so their flight is largely static, using their wings to angle into thermals to coast from spot to spot. Their wingspan can reach up to six feet, but attached to a rather bulbous body, it makes for inelegant flight characterized by twitchy, angular adjustments. There is, after all, no need for speed. All of its prey is dead.

Naturally, anything that feasts on roadkill and carrion will test the limits of our unconditional love, but that behavior requires some fascinating and singular traits. A bald head allows the vulture to cleanly inspect carcasses at close range. And yes, vultures exhibit urohidrosis, meaning that they defecate on their own unfeathered feet to keep themselves cool, not unlike sweating. But why?

In addition to temperature regulation, this adaptation allows turkey vultures to do what they do. The uric acid in their feces dries and cools their feet, or tarsi, but the acid also kills bacteria that the vulture acquires from tearing apart decaying carrion. Disgusting, yes, but functional in the extreme.

If a kindergartener were to enumerate the qualities that make birds birds, they would probably first mention feathers, flight, nesting, and singing. The turkey vulture, on the other hand, lacks feathers on parts of its body, flies awkwardly, builds no nests, and is nearly – but not entirely – voiceless, as I discovered one bright, humid morning in Sharon, CT.

Hiking a quiet section of the Appalachian Trail, I approached an outcropping of ledge and began to ascend, even using my hands at times to navigate the damp ledge. As I neared the top, I heard a low whoosh, almost like the sound of waves on a beach, and as I poked my head over the ledge, I immediately saw the dark form of a turkey vulture hidden in the shadows of the cliff.

I ducked below the ledge and backed down several feet. I wasn’t afraid of the bird, but like a rattlesnake, it had put me on notice that I needed to keep my distance. Fortunately, I didn’t experience its more aggressive means of deterring predators, which is regurgitating semi-digested meat, a defense that is both repulsive and injurious, should it land in the enemy’s eye.

So let’s add projectile vomit attacks to the list of revolting characteristics of the turkey vulture, and it’s no wonder that their predators are few and their population increasing. And when we go back to that kindergartener’s list of bird traits, vultures also break the mold when it comes to nesting. They lay their one or two eggs directly on a rocky surface – probably what I stumbled upon in Sharon – and the parents take turns incubating and defending them from natural predators such as foxes, raccoons, and larger birds such as bald eagles, red-tailed hawks, and owls.

An intimation of death

This latter group is worth considering in juxtaposition to turkey vultures. Most raptors are noble, graceful, and terrific in the original sense of the word (from the Latin terrere: to frighten). They command the kind of respect that made them the hunting companions of English nobility in bygone days. To watch a peregrine falcon sear the sky to apprehend its prey is to witness one of nature’s most fearsome events.

To observe a turkey vulture is not that. But there is something unsettling about their presence. When I discovered one at such close range, huddled in a dark crevice, it was an intimation of death. Its sound was like that of a wave, but in the way that a wave retreats into the sound of the planet. It could be a river, a wave, or your pulse – a sound we forget about until something brings it back into our awareness, and a vulture can bring that song into relief, like a mournful solo in an orchestral dirge. •