Sports Enthusiasts Are Finding Themselves in a Pickle

The US Pickleball Association, reported the sport grew in 2020 to 4.2 million players in the US, a growth rate of 21.3% from 2019 per the Sports & Fitness Industry Association’s 2021 Topline Participation Report. The average age for core players 47.5 and casual players 33.6, with 60% of core players 55 or older.

Pickleball was reportedly created during the summer of 1965 on Bainbridge Island in Washington. A family was bored and wanted to set up a badminton net. They could not find the ball (called a shuttlecock), so they improvised by lowering the net and grabbing a wiffleball. Pickles was the family dog that would chase after the errant shots and then hide in the bushes, thus was born “Pickle’s ball,” which was later shortened to the namesake of pickleball.

A pickleball court is 20 feet by 44 feet for both singles and doubles. The net is hung at 36 inches at the ends and 34 inches in the middle. A non-volley zone extends seven feet back from the net on each side, commonly called “the kitchen.” The game is played with a perforated plastic ball and composite or wooden paddles about twice the size of ping-pong paddles. It is played indoors or outdoors.

The five basic rules of pickleball are that the ball must stay inbounds, there should be one bounce per side, serving must be done at the baseline, the serve can’t land in the no-volley zone, and the game ends at 11, 15, or 21 points. There are some additional minor rules. 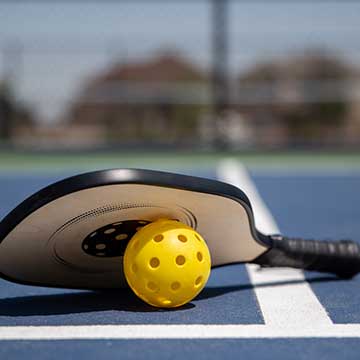 Warren said he gets two or three phone calls every other week asking about pickleball and how the program works. “I believe this sport continues to grow because of the varying nature of play. People that are very competitive and ‘sporty’ can play at a high level and really try to beat their opponents. On the other hand, people can also play for fun and light exercise, which really makes the sport accessible to any range of skill, ability, and athleticism.”

As far as gender goes, Warren hasn’t noticed any large discrepancies one way or the other. “I believe there is a very healthy mix of men and women that really enjoy the sport, at least at our facility.

Taconic Sport and Racquet in Hopewell Junction has two indoor and four pickleball courts, and one air conditioned show court. The courts were resurfaced this year. Chris Rand, Taconic Sport and Racquet pickleball coordinator/instructor said, “Our clientele has shown they prefer mixers and drop-in sessions over leagues but we do have a few of the latter. We also have periodic clinics with visiting stand-out player/instructors for all levels. Our players can usually find a court to rent from 7am to 10pm, rain or shine. Our members do take priority booking.”

Andria McKenna, director of marketing and member relations at Taconic, said, “During the indoor season there is play on the indoor courts daily. Summer time, it depends on where players choose to play. The demographic of players is typical of pickleball at other venues.”

She added, “We have pickleball pickup games designed by level, pickleball lessons, and an introduction to the sport. Our outdoor courts are converted tennis courts from decades ago while the indoor courts are new within the past two years.”

She further added, “We have experienced a rapid increase in our pickleball camps over the past two years. Since the start of this outdoor season, we have had a one or two night clinic every week each with from seven to 16 participants. And we have similar participants booked throughout the summer.”

More people are playing the game for a few reasons, added McKenna. “Pickleball is easy to learn and play, it is very social, and it is a lot less physically demanding than tennis. A pickleball court is one-fourth the size of a tennis court, so players have less court to cover.”

Total Tennis in Saugerties is the Northeast’s only year-round tennis camp, said director Ed Fondiller. “We offer instruction in pickleball clinics. All of our programs include meals, lessons, and accommodations. You can join us solo or with a group for tennis, but for pickleball or platform tennis must come as a group of at least three or as many as 16.”

The Interlaken Inn in Lakeville, CT, created two courts for pickleball in 2020. Said Michelle Bousquet director of sales and marketing, “We decided to go with pickleball two years ago, as more and more families preferred pickleball over tennis. They are filled every weekend. For insurance reasons, the courts are for registered Interlaken guests only.”

It might be noted that plans call for pickleball courts at the revamped Eddie Collins Memorial Park in Millerton. There are courts at Loughran Park in Kingston, Red Hook Recreation Park, and Lime Kiln Recreation Center in East Fishhook.

Pickleball is certainly the fastest growing sport in the US and area residents are joining in the fun. 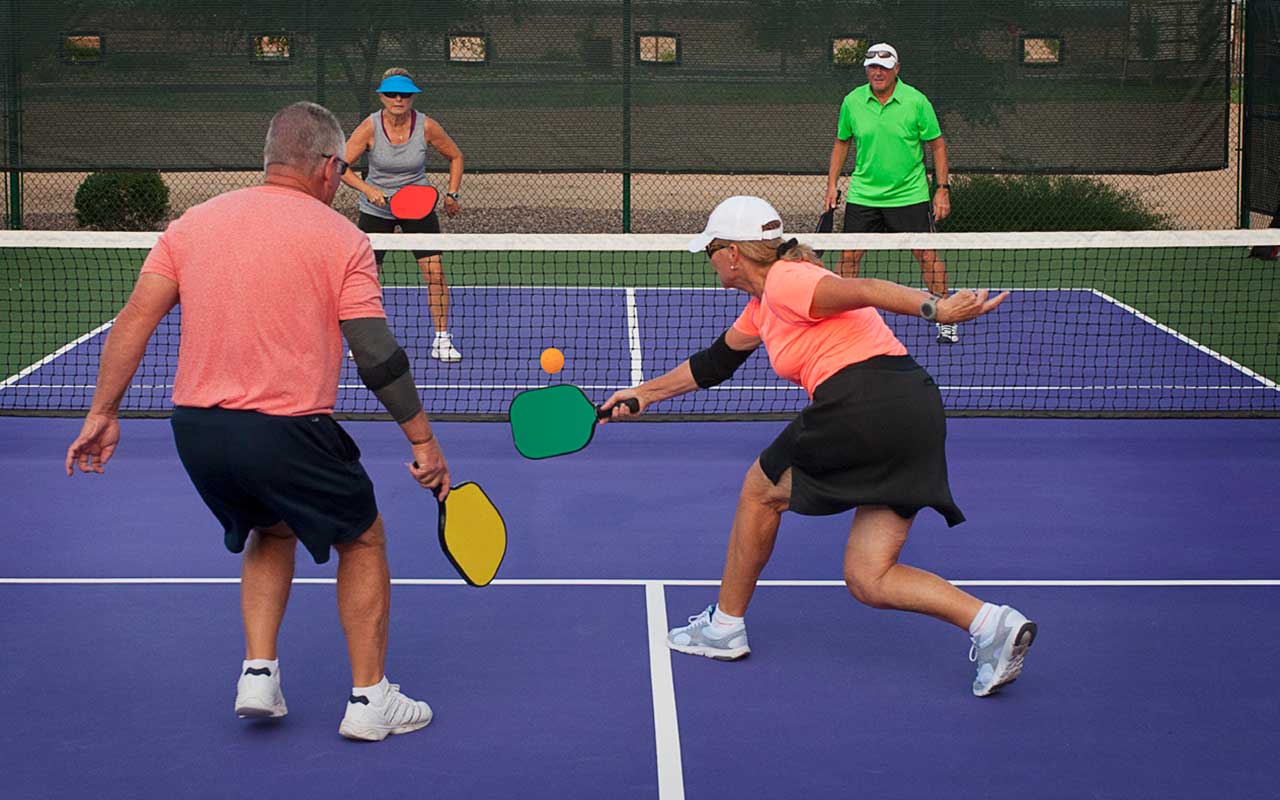