Taking the Waste out of Food Waste

It is a dilemma that everyone has most likely experienced. You lean back from the table as your food baby protrudes in front of you. Your plate still features the remaining forkfuls of food. Despite your best efforts you can’t bring yourself to finish the meal in an attempt to avoid the same fate as Mr. Creosote in Monty Python. Fear not, because the Food Waste Pilot is here!

The problem at hand:

Food waste has always been a serious problem in the United States. According to the USDA we waste about 30-40% of the food that we produce. Feeding America put a size to that percentage and it is something to the tune of 108 billions pounds of wasted food each year. To further put that into perspective, that is 130 billion meals that could have gone to people in need.

The EPA has marked the food we waste as the biggest component that makes up landfills and incineration sites. Naturally, they are always constantly searching for ways to limit this absurd amount of waste entering the wrong places. They have even created what is called the “food waste hierarchy” to detail the overall preference of where the waste ends up going. As you may have guessed, the landfill ranks at the bottom of the list. Next is composting followed by industrial uses, animal feed, food for hungry people, and source reduction.

The state of Connecticut already has some initiatives in place to help divert food waste away from the landfills. Restaurants and supermarkets are a huge producer of food waste and are now being encouraged to start donating the food that they don’t sell or use to people in need. For places that produce certain amounts of waste and within 20 miles of a composting facility, they are mandated to divert as much as possible away from the garbage and landfills.

That brings us to the small towns of Salisbury and Sharon who were scrambling for a way to reduce the food waste that their towns produce. A need for a food waste recycling program was voiced by the Transfer Station Recycling Advisory Committee. The plan had the backing of the Transfer Station Manager, Brian Bartram, and the Selectmen of the two towns. So, in May of last year, the Salisbury-Sharon Transfer Station unveiled the program.

According to Bartram, who has been a strong supporter of the program, “the initial 120 household pilot began on May 1, 2021. Yesterday, (7/7/22) we began handing out containers for the expanded pilot. We will be accepting up to 400 households.”

The whole process works a little bit like this: The participant will go about their normal lives and eat what they can. What they can’t eat, will find its way into the BPI certified biodegradable bag that is handed out by the station. Acceptable foods include meat, dairy, fish, bread, leftovers, rotten food, and even paper towels. From there, the bags will be dropped off at the transfer station. That’s it – that is all you have to do! The transfer station will take care of the rest. The waste will be picked up by New Milford Farms who uses the leftovers as compost, which in turn fuels sustainable food production.

Creating quite the buzz

The program is wildly popular and Barbara Bettigole, a chair of the Transfer Station Recycyling Advisory Committee, is pretty sure of why that is. “People love that they make so little garbage, and that the collection of food waste can be tidy and not smelly. Above all, they just feel good doing the right thing with their food scraps and leftovers.”

Don’t just take her word for it. There are many glowing reviews from the townsfolk that are seeing real results and watching their food waste get diverted to a more appropriate use. One user says, “I keep meaning to reach out and tell you how absolutely wonderful this food waste program is. Between the composting and my recycling, I have almost no other garbage. Almost none!” This has made it easy to keep track of how much waste each family is producing. This encourages households to try and produce less and less. Each time they show up to drop of their food waste, recycling, and garbage they want to show up with less and less.

Another user notes: “Just to let you know I find this program so easy and so valuable. My garbage is way down and I’m so happy not to use the sink disposal. I’m down to two bags of food waste, one bag of glass and paper and half a bag of household. Maybe I can even cut back more.”

This is a time when the program is needed more than ever. In a moment when climate change is taking it’s grip, it is vital that we take as many steps as possible to reducing what we can. Food waste is an amazing place to start and this program gives the people the power to keep track of how much they produce and then provide them with a reliable place to divert that waste for a good cause. So next time you are getting ready for dinner, think about the impact of each uneaten bite and consider joining the Food Waste Pilot!

You can sign up for the program by emailing foodwastepilot@gmail.com. 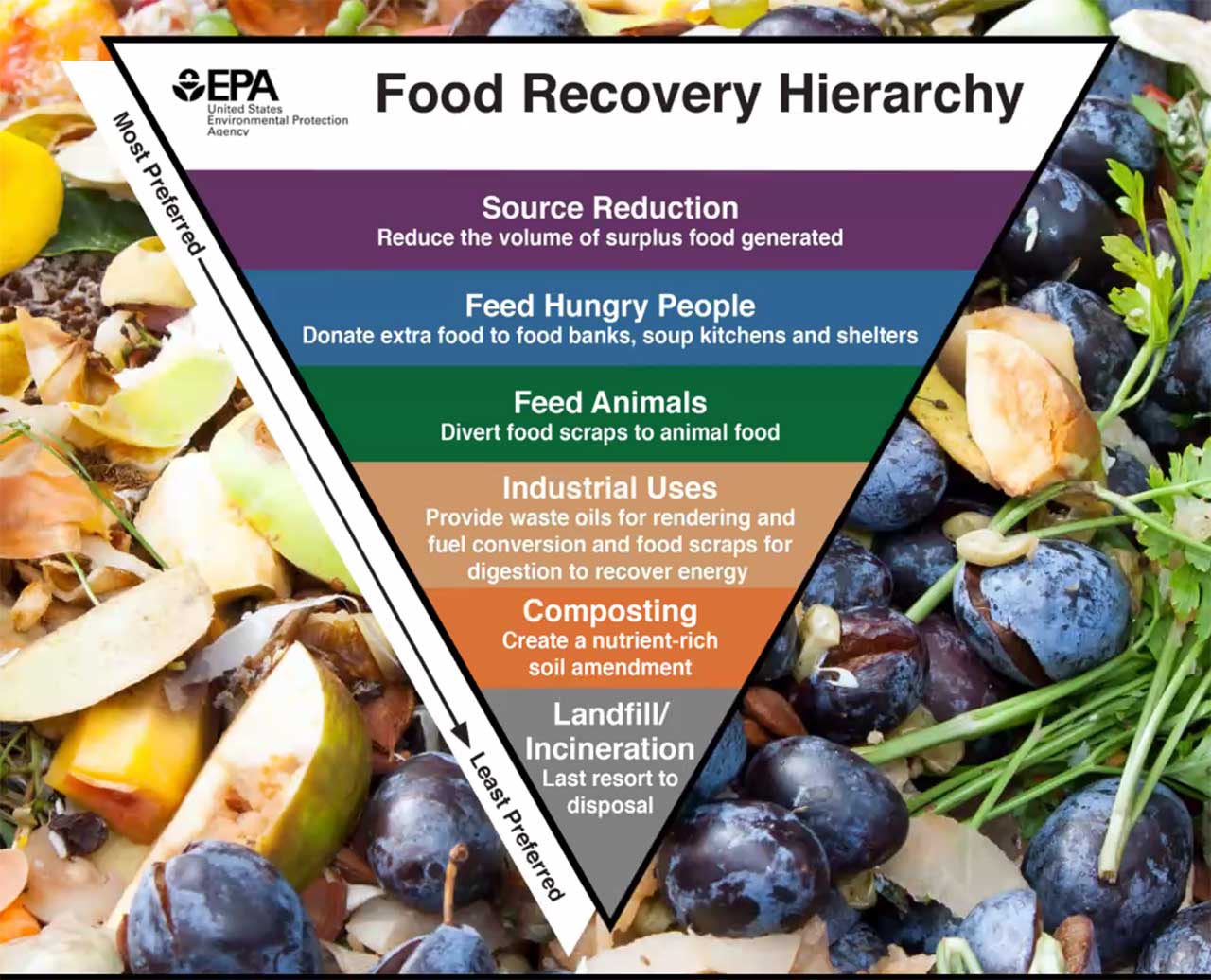