The World Championship of the Berkshires

“To finish is to win.” – Josh Billings

This year’s season at Tanglewood will end with a flourish: back-to-back nights with Van Morrison and Ringo Starr is about as impressive a finale to their concert season as anyone could conjure, short of the ghost of John Lennon sitting in on lead vocals.

After the wine bottles and lawn chairs are packed away, however, Tanglewood and the surrounding Berkshire Hills settle into fall like a sleeping cat. For those who stick it out for another week or two, the quietude of early autumn rests on the hills until tourists and weekenders return with light down coats and pricey sunglasses to populate fall events.

Back in 1977, the Berkshire Hills Committee identified that window of opportunity and set out to design an event that would draw people to the area to take advantage of the lingering warmth and the ebbing traffic on roads and lakes. Their brainchild was the Josh Billings Runaground Triathlon, a quirky multisport event that ditches the swimming leg in favor of anything row-able.

Legend has it that Josh Hitchcock of Williamsport christened the race after Josh Billings, a nineteenth-century humorist in the vein of Mark Twain who was born in Lanesboro, and whose house stood along the race route when it took place in the northern part of the county.

Because his house stood along the race route? That’s not much of an origin story.

It must be pretty great to have any kind of event named after you, especially two hundred years after you died, but Billings must find it curious, indeed, to hear his name in currency every September in connection with some bizarre competition that features running as a sport, velocipedes that had barely been invented during his lifetime, and non-wooden water conveyances.

Billings likely has a celestial chuckle over the absurdity of it, just as he probably guffawed at the apocryphal description of the sacrilegious treatment of his entrails in Steinbeck’s novel, Cannery Row. Discarded by the town doctor, his innards were slated for deployment as fish bait by an enterprising young boy before the locals stumbled upon the dishonor and preserved every last bit of Billings for interment.

So there is some irony in naming a triathlon after him that purposefully keeps bodies out of the water.

The spirit of the event and sweet mugs, too 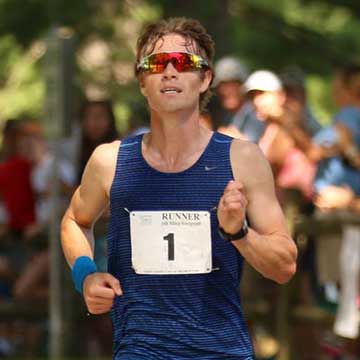 But I’d like to think that the organizers set out to create an event that honored the words of Billings: “To finish is to win.” And truly, this is the spirit of the event. There are no fewer than 44 race categories, ranging from “Ironman/Ironwoman/Ironperson” solo competitors to “Family” and “All Berkshire” teams. Parsing the field into so many categories means more trophies, and so while not everyone will win, at least 44 competitors can claim to have won the Josh Billings.

That gets you a sweet mug. They are ideal for holding pens, too.

At the sharp end of the race, however, “The Josh” is a zero-sum game in the spirit of Ricky Bobby (if you haven’t seen Talladega Nights, lower your nose next Friday night and forgeo the French-language Cannes-winner in favor of this wonderfully inane Will Ferrell vehicle). Since 2011, the team of Josh Lipka, Tom Keefe, and Steve Monsulick have maintained an iron grip on the Josh, often winning by more than ten minutes and claiming the course record. Lipka, a cycling coach based out of NYC and Pittsfield, has stood atop numerous podiums and often arrives alone at the end of the first bike leg, several minutes ahead of his nearest competitors who have been myopically training on the course for weeks in preparation for the event.

Yet a strong paddler can often make up for subpar times on the bike. Competitive kayakers and canoeists are harder to come by, and technique goes a long way on the water, especially in a crowded field. Keefe is usually first or second in that leg, too (as is Monsulick on the run), but the handful of minutes they gain on the water allows a margin of error on the run that virtually locks it up by the middle of the race.

All of which begs the question, “Why bother?” As a competitive road cyclist for many years, I readily concede that I will not even see Lipka on the course, but for many competitors, The Josh is The World Championships of the Berkshires. It serves as a focal point for training that hones our fitness to a sharpness we might not achieve without a target, even if the goal of The Josh is just to finish.

So just how does that work?

For decades now, endurance athletes have embraced the concept of periodization. Instead of trying to maintain high levels of fitness throughout the year, athletes target a small window of time when they want to attain peak performance. Race results and scientific studies attest to the human body’s ability to reach those extraordinary peaks through deliberate, scheduled workout routines, but those studies also show that it is impossible to maintain such a state of fitness for longer than a few weeks, at best, without the onset of injury, fatigue, or burnout.

The details of such preparation will vary greatly from person to person and require much more elaboration than a magazine article, but the idea is to plan backwards from the date of the event (in this case, the middle of September) to gradually build your level of fitness to the demands of the event. Regardless of whether you are paddling, running, or cycling, The Josh offers opportunities for high anaerobic challenge that can only be sustained for minutes at a time. The premise of periodization is to establish a solid base of relatively long aerobic efforts that are conducted at a rate of perceived exertion (RPE) of 2 or 3 out of ten, and then to use that base as a platform for establishing more intense, briefer efforts such as those found in The Josh.

RPE is the simplest measure of effort, and even with more sophisticated tools like heart rate monitors and power meters, perceived exertion is an important metric for fitness. All-out sprinting should be a 10 on the scale, and if you are just getting started with zone training, it is possible to determine approximate aerobic zones by this method.

To do it well, however, it is advisable to consult a physician or personal trainer to establish your current level of fitness. Joe Friel’s Training Bible series for cyclists, mountain bikers, and triathletes offers a comprehensive examination of training that applies to most aerobically-based sports, and do-it-yourselfers can use Friel’s guides to prepare for everything from The Josh to multi-day stage races.

Or you can just do The Josh for fun – just to finish. The organizers offer clinics on each stage of the event to help anyone who wants to compete, and they even offer equipment rentals to take away that excuse. Can’t pull together a team? Put your name into their “Matchmaker,” and they will team you up with others in search of a member. What’s more, the event has raised nearly $100,000 for the United Way, so even if you finish last, you will still feel good about it. 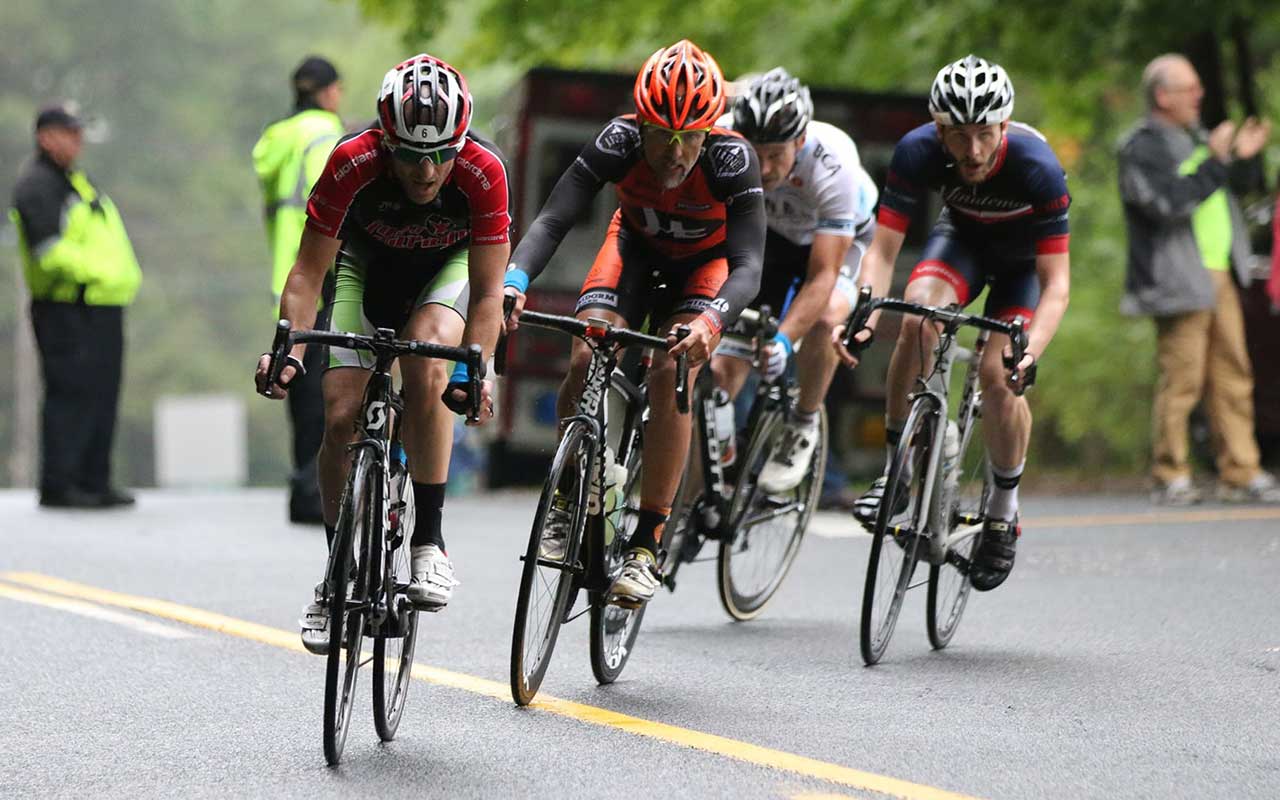