40 Under 40 in Columbia County

“Life is not about finding yourself. Life is about creating yourself,” said George Bernard Shaw—the renowned Irish playwright, critic, polemicist, and political activist.

The world has many visionaries such as Mark Zuckerberg—the founder of Facebook, who created success at an early age. There’s also music master Justin Bieber who gained notoriety when he was still a teen, and environmental activist Greta Thunberg who is well-known for challenging global leaders by protesting outside the Swedish parliament in 2018.

Thunberg was only 15 years-old when she held up a sign saying, “School Strike for Climate,” to pressure the government to meet carbon emissions targets. She is also the youngest TIME Person of the Year and received several nominations for the Nobel Peace Prize.

These shining stars were well below 40 years-old when they climbed the ranks to success. Of course, there are plenty of young entrepreneurs, artists, musicians, designers, and businesspeople who have demonstrated that determination, intelligence, and talent can swiftly create a path to success.

In fact, there are lots of young luminaries right here in the Hudson Valley and Kamal Johnson, Mayor of the City of Hudson has taken the initiative on catching each shining star whether that person is a leader in their profession, someone who creates positive change in the county, or any other person who is inspiring others in a positive way.

The evening’s festivities will include an awards ceremony complete with a Red Carpet debut as well as a presentation, performances, and speakers. Delectable bites and beverages will be provided by a local caterer who fits the “under 40” title. Although the event was still in its planning phase at press time, Mayor Johnson said that all performers will also be under 40 years old.

Mayor Johnson was inspired to create this first-of-its-kind event after he recognized that Columbia County was one of the few counties in the region that didn’t organize an event that honors the success of young stars.  “Hudson has been undergoing a lot of gentrification leaving many to believe that a younger population in Columbia-County has been totally replaced. We have amazing not-for-profits and many organizations that work with young people, but once these kids graduate high school, their options phase out,” said Mayor Johnson.

A shining star himself who is also under 40 years old, Mayor Johnson was born and raised in Hudson and attended Hudson Senior High School, Columbia-Greene Community College, and SUNY New Paltz.

“Growing up in Hudson, I always felt like our young adults are a ‘left out’ population. I know the talent we have in our county and I want to recognize the amazing young people who demonstrate every day that we may be a small county, but we are a special county,” he added.

Determined to create the event, Mayor Johnson shared his vision for a “40 UNDER 40” event with people in the community. After approaching several organizations and proposing the idea, Mayor Johnson was disappointed to discover that there was little interest.

“Some organizations weren’t interested since they believed that Columbia County didn’t have the population to fill 40 spots. I became frustrated and I thought that this was even more of a reason for me to create an event of this kind,” said Mayor Johnson.

To get started, Mayor Johnson researched other counties that have hosted events that recognized young talent. He then created a nomination form and sent it out via social media. He also placed ads in newspapers and on local community boards. Although Mayor Kamal was initially told he’d have a challenging time receiving 40 nominees, a total of 190 nominations came pouring in.

“My mission is to change the narrative in Columbia County—that young people don’t exist here. I’d like to read through the nominations and share them with the community. I also want to give the next generation something to look forward to,” said Mayor Johnson.

One hundred and ninety nominations certainly conveys that there’s a need for an event of this kind in Columbia County. The nominees span an array of talents and professions from teachers and firefighters to restaurateurs, photographers, artists, and fashion professionals. There are also urban planners, politicians, entrepreneurs, and coaches.

Mayor Johnson proudly mentions that one nominee founded an Internet service and another launched a business that only hires single mothers. “I learned a lot about our town just by reading about all of the nominees,” added Mayor Johnson.

The autumn event will highlight 40 individuals. Each will be honored with a plaque. Beyond being a fun, inspiring, and eventful evening, the “40 UNDER 40” will double as a networking event.

“I asked the sponsors to let me know if they have any job opportunities (to advertise and to connect young people with more opportunities) and I look forward to the possibility of seeing people starting to work with one another,” concluded Mayor Johnson. 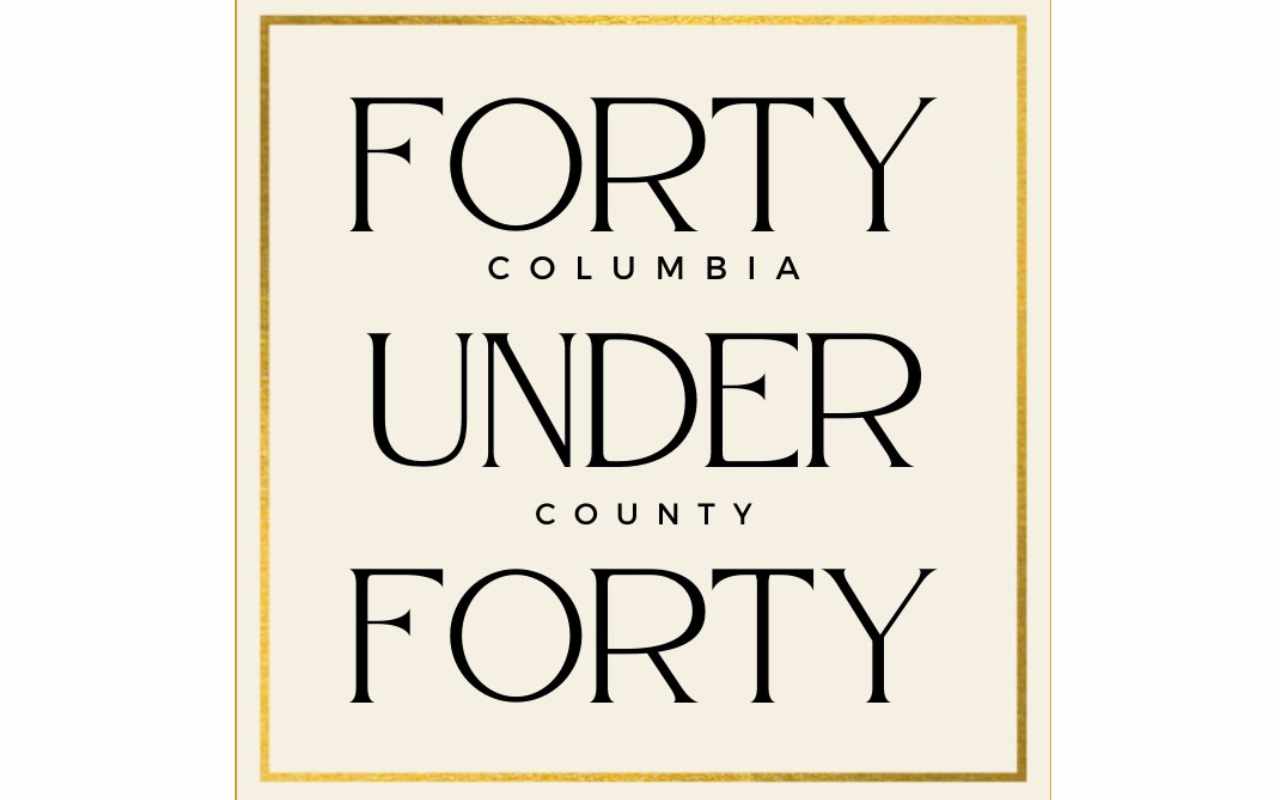