A Big Slice of “Licorice Pizza”

Paul Thomas Anderson, writer and director (read “auteur”) of “Licorice Pizza” has a fondness of Los Angeles that infuses every scene of his latest film.  It’s 1973 in the San Fernando Valley – that vast string of bedroom communities north of the Hollywood Hills and Mulholland Drive.  During the 2 hours and 13 minutes of this “coming of age” study of two intriguing characters … more on them, below … the moviegoer will encounter such LA cliches as gas lines, waterbeds, over-the-hill actors, pinball arcades, sleazy talent agents and worn out child stars.  And, then, there’s the amazing fireworks of young love, which knows no geographical limitations.

The stars of “Licorice Pizza” are the young couple who go from casual encounter outside a high school on “picture day,” to a wild ride of bumping, bruising, falling and running until finally they meet … and fall down.  Alana Haim is a rock singer who, with her sisters, have been performing for several years.  “Haim”, for Anderson’s film, appear as a family, along with mom and dad.  She is 25 as Alana Kane, working and wondering what her life will hold.  The film begins as she meets Gary Valentine, 15, a brash and free-wheeling child actor growing out of his roles and becoming a sometimes laughable entrepreneur.  Cooper Hoffman is Gary, and his acting “chops” are very real.  Son of the late actor Philip Seymour Hoffman, he shows all the prospects of a beginning a brilliant career.

If, during the somewhat jumpy episodic nature of the film, one spies a veritable army of recognizable stars, their presence is refreshing.  Sean Penn, Maya Rudolph, Joh C. Reilly, Tom Waits, Bradley Cooper, Benny Saldie … they’re all here amid the army of supporting characters and extras that fill the screen. 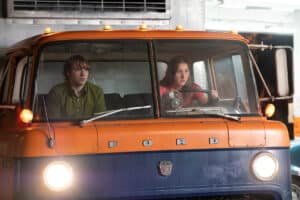 Some of the critical storytelling in the film happens at a once-fabled Los Angeles restaurant, Tail o’ the Cock.  It was a watering hole on La Cienga Boulevard (“Restaurant Row”) and Ventura Boulevard in “the Valley” for years.  If memory serves, there was no golf course nearby, which makes the “Everyone out to the eighth hole” declaration of Tom Waits’ character a leap of faith.  As for the film’s title, which never seems to get paid off in the script, it was the name of a chain of record stores in Los Angeles that disappeared in the ‘80’s … another nostalgia motivated reflection of the imagined past

There are several leaps, in “Licorice Pizza.”  There are story lines that don’t seem to get paid off.  There are some striking legal ramifications that don’t get addressed but stay beneath the surface.  There’s a silliness that can be juvenile or even sad.  There are laugh-out-loud moments and gentle tugs at the heart strings when the audience knows what should happen,  but must wait until the denouement to somehow believe that, to steal a title, “All’s Well That Ends Well.”

“Licorice Pizza” is rated “R” for language, drug use and some mild sexual content.  So, for the kids, it’s not on the list.  For the rest of us, however, there’s a reasonable chance that there will be moments of enjoyment contained in Anderson’s film.  If, as an add-on at no extra cost, you were in LA for any part of the ‘70’s or ‘80’s, this is like a homecoming of sorts – the kind that is a bit itchy, but makes you smile. 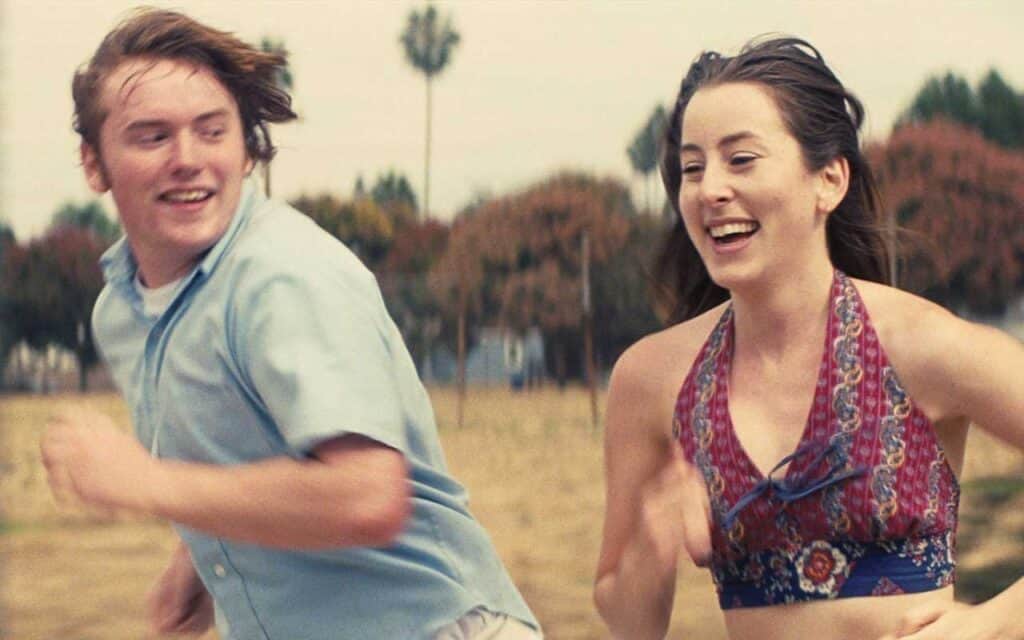