Yesterday afternoon Mom and Ellie arrived home earlier than usual due to what Ellie described as, “snow everywhere”. My sister isn’t much of a snow bunny (yet), so playing outside in the freshly fallen snow wasn’t an option fur her. Instead, Mom suggested a catnap — an idea I can easily get behind. Once Ellie fell into a deep slumber, I decided to do something I have nevfurr done in her existence.

Accompany her in a catnap!

Mom made sure the pillows were purrfectly fluffed and the blankies came up to nestle our shoulders – just the way we like it. Of course, for my mother, this rare event would not be complete without a snapped photo for posterity.

Normally, I don’t want anything to do with sleeping next to Ellie because it takes her awhile to actually fall asleep. She tends to whisper to herself (purrhaps an attempt at a pep talk?), proceeds to wiggle around like a fish out of water just to get comfurrtable and gets the blankies all messed up by kneading her paws as she heads into dream land. The kid is still young, so she’ll learn to love and appurreciate a good cat nap…eventually.

Until then, sweet dreams evfurryone. 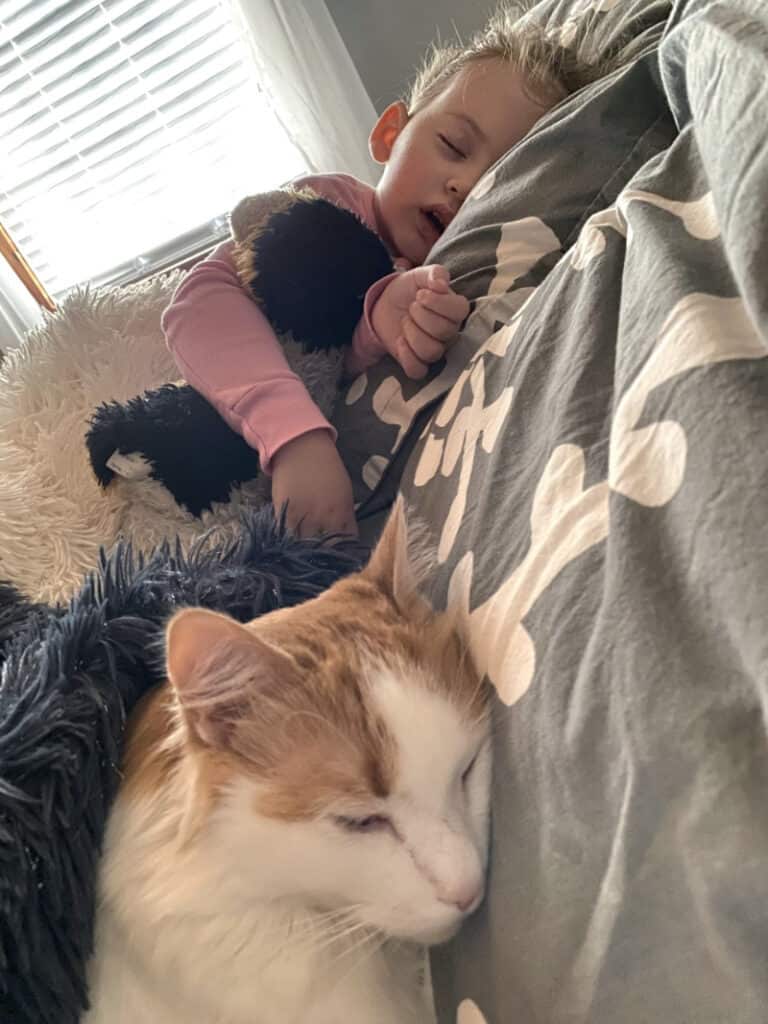