A Gift of Place

It was a gift, created out of love, respect and the spirit of the community. After 133 years, the gift endures and continues to honor the man whose name it bears – Orville Dewey.

Dewey Memorial Hall in Sheffield, MA, is no common effort at celebrating the life of a stalwart community resident. It is not a statue tucked on a corner, attracting flocks of pigeons that would decorate it. It is not a fading sign near a minor bridge or a dedicated mile or two of highway.

The Hall is an impressive presence in a quaint New England town … an anchor for the civic life of a community that has changed dramatically since Orville Dewey bookended his life in this place. He left a young scholar and returned, many years later, as a recognized, celebrated and sometimes controversial preacher and social thought leader. He was always, however, a presence and his devotion to his hometown never seemed to waiver.

So widely was Dewey respected that it was openly acknowledged that Orville Wright, co-creator with his brother Wilbur of the first successful heavier than air flying machines was named for Orville Dewey.

Dewey Memorial Hall recognizes the impact Dewey’s life had on the community and continues to be a place where the people of Sheffield can gather for listening, learning, dancing, laughing, celebrating, and sharing. Although the raging pandemic of 2020 may have kept its doors closed, temporarily, the prospect of an end to quarantine and isolation will find Dewey Memorial Hall still standing, still welcoming the community that was the recipient of the gift.

Dewey Memorial Hall was never intended to be anything other than a place where the community could assemble and share. The original thinking, which Dewey had started as he returned to Sheffield from a career that had taken him from three years at Williams College (he was so well prepared that he skipped his freshman year) to Boston, New York … to Washington, across Europe then back home to Sheffield, was to create a welcoming space where ideas could be shared.

Central to his thinking had been a voracious appetite for reading, so the first gatherings above the general store were named the Sheffield Friendly Union and the effort began to accumulate a library and provide that magical element of community – a central place to gather. In the words of the organizing group in 1871, the Friendly Union was formed “to increase good and kindly feelings and promote intelligence and cheerfulness.”

It was not to be a church that could, by the very nature of dogma and belief, divide a community. Dewey experienced that kind of dramatic division in his own life. Best known as a leader of Unitarianism, his departure from stricter Calvinistic theology had him banned from his own home church in Sheffield until 1876 when the National Centennial afforded him a chance to return. He was 82 years old. The Friendly Union would not be competitive to the Grange with its focus on the agricultural life of the community. The Friendly Union would be just that – welcoming and bonding for a community.

The continuum of history

The importance of a community place, of finding a location to share common experiences is as old as humanity, itself. Archaeologists have combed and sifted through hundreds of locations where gatherings were held, where religious rites were conducted, where laws were passed, leaders selected, and culture sustained. The common space in the most primitive communities hosted athletic, artistic, spiritual and political life experiences.

Rings of weathered stones in Portugal still bear witness to the Almendres Cremlich dating from 6000 BCE. Villages in ancient Greece were built around the agora, a place of meeting, political and eventually commercial life. The Agora of Athens has become iconic as the wellspring of philosophy after hosting Socrates, Plato and their followers. The still mysterious generation and use of Stonehenge on the plains outside of Salisbury, England looks back to 3000 BCE to see the dedication and determination of people to come together. From 930 to 1798 AD the people of Iceland would gather every year for their national parliament, Alþingi, at Þingvellir to maintain a sense of order and common good. It was their “place.”

Closer to home, the creation of Fanueil Hall in Boston was prompted by the need for a place that could both foster commerce and conversation … a space where the community could gather to transact its daily business and to share ideas.

When Orville Dewey died in 1882, seven days short of his 88th birthday, the community experienced a significant loss – a loss that motivated his children, supported by long-time friends and associates, to decide that the best way to commemorate his legacy was to give the community the space he had always wanted it to have.

Raising money from across the region, the fund grew along with the plans. Five years after Dewey’s death, Dewey Memorial Hall opened its doors to the people of Sheffield. Inside the fieldstone, marble, and shingle building was a room to hold the all-important library that had been so important to the community organization. And, there was a central space with amazing acoustics that would welcome lectures and debates, concerts and, eventually dances … weddings, parties, anniversary celebrations, the longtime home of the Sheffield Senior Center, and, each holiday season, a party hosted by Volunteers in Medicine to honor their volunteers. Musicians who have graced the stage at Dewey Memorial Hall over the years have noted that significant amplification is not needed. The design and construction of the main room is so well done that sound travels easily in the space.

There were art installations and concerts promoted by local arts groups from string quartets to swing band concerts. The Hall has been available to all for their use and enjoyment. And, there has been dancing. The contra dances at Dewey have become legendary. Groups from all of the Northeast have been attracted to the traditional dances in the Hall.

The gift that will keep on giving

When the COVID-19 pandemic made large gatherings impossible, the normally vibrant – even hectic – cultural season in the region came to an abrupt halt. Concerts and programs scheduled for Dewey Memorial Hall were swept away in the same tidal wave that sent every cultural group scurrying to find “virtual venues” to sustain connections with their audiences. With social distancing strictly adhered to and the “abundance of caution” that seems to be the defining moment for every effort to present theater and concerts, Dewey Memorial Hall manager, Maggie McRae and Board of Trustees member Beth Carlson came up with a series of outdoor events to keep the community both entertained and engaged.

With sustaining funding always an issue for performing arts venues, an online fund raising concert was presented on October 29 featuring local musical powerhouse, Wanda Houston and her talented band. The concert, entitled Keep the Lights On honored long-time board member Priscilla Cote, was streamed and made available through the Hall’s website. Presented without cost, donations were requested with the hope, the belief that the community would respond and provide on-going support for the gift that has been a continuous presence in Sheffield for nearly 134 years … for “this place.” 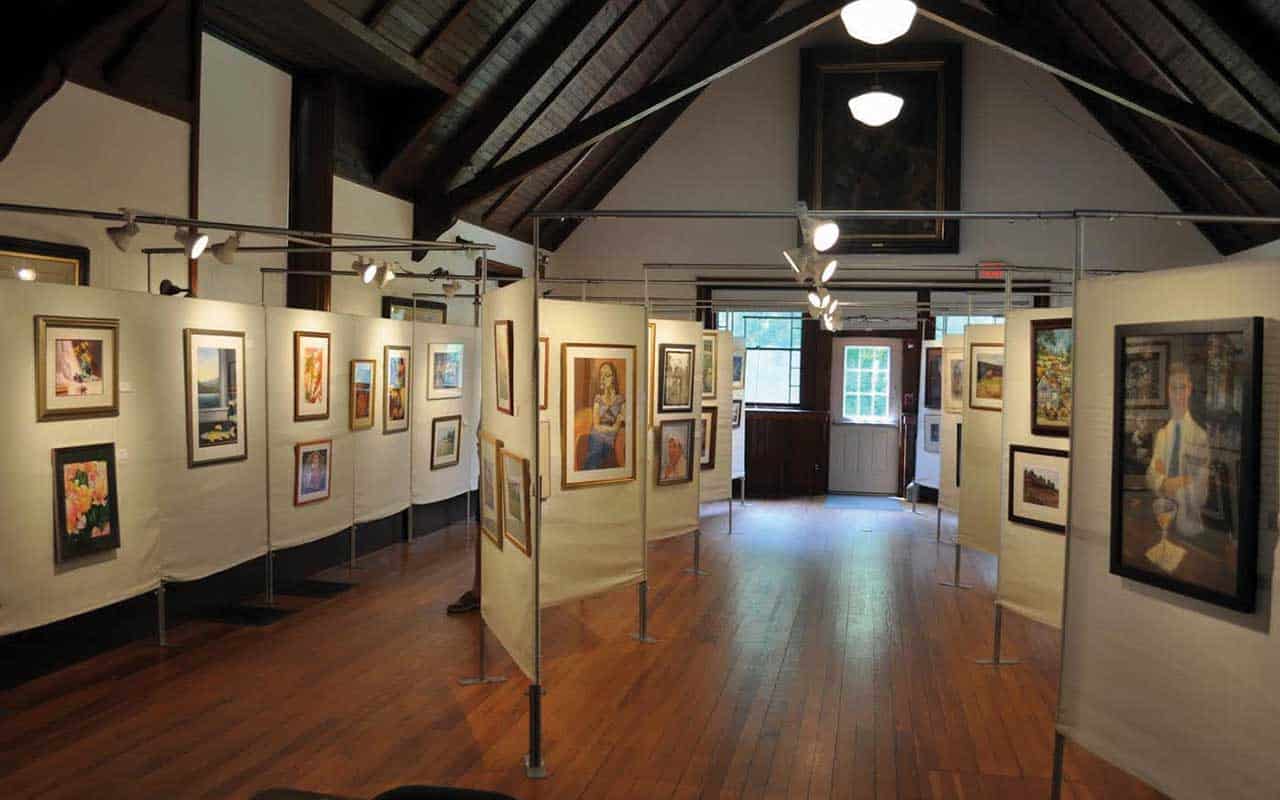 Continuing information about Dewey Memorial Hall is available on their website www.deweyhall.org.