A Graceful Life Set in Stone 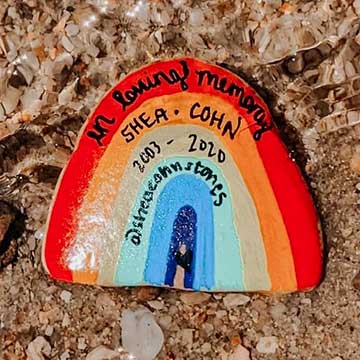 One of the most impossibly difficult aspects of the human experience is not only death itself, nor comprehending the idea that those we love will at some point no longer be with us, but how our enduring ability to love transforms death into something tragically beautiful. When the car Shea Cohn, age 16, was riding in on Route 44 going into Canaan, CT, crossed over the median and into the path of an oncoming pickup truck on the evening of March 27 of 2020, his family would be pressed in the vice of shock and anxiety for the next two days. What can only be described as an immeasurable, heartbreaking tension-filled 48 hours would painfully give way to the ultimate tragedy when Shea passed on March 29.

So it was for the Cohn family (parents Doug and Denise, and sisters Grace and Emma), as it is for too many who are suddenly burdened with life’s cold, stony realties. The seemingly impervious halo of love we surround those close to us with can be penetrated by the unrelenting world at any moment. In the void of sadness and the dull numbness of loss, the lives of those who knew Shea would indelibly change – like a stone cast upon still water. Much like the stones we search the muddy bottoms of our local streams or the rocky shores of the Housatonic River for, time and experience has shaped our form.

For the Cohn family, no amount of time could properly heal the wounds tragedy would ravish. But their collective experience and the uniform outpouring of love from their community would shape the Cohns just one year later, making Shea’s memory last forever. As it turns out, Shea himself enjoyed a good stone, calmly searching for the perfectly shaped rock as would a poet surveying the landscape in search of inspiration. Just as poetically, Shea has since been memorialized by stones all over the world.

What began as a local ode to the young man’s life, soon became an international phenomena.

Shea Stones were created in honor of the young man and who he was. As the family would go on to describe, “Since he was a toddler, and right up to the very last load of laundry, Shea collected rocks and stones. We found them all over the house, nooks and crannies, pockets, socks, shelves – everywhere. In remembrance, friends and family have painted thousands of stones and even more have left stones in places that remind them of Shea. Every stone is a memory of Shea – a young man who touched the lives of so many.”

The idea of Shea Stones soon caught fire and today folks are urged to create their own Shea stones, each with a unique design and the Cohns encourage folks to leave them in places that bring Shea to mind. After the Stones are placed, people from all over the world have been sending pictures to the family’s social media accounts with locations of all kinds tagged.

Like the communal nature of skipping stones on a warm summer evening, briefly disturbing the calm waters of our lakes and streams, the Cohn family anxiously awaits the next unique image with a new design for Shea stones. Folks from all over have been sharing images on their social media every time a stone is found. Like the memory of Shea himself, the Cohns hope to have Shea stones throughout the United States and in as many international locations as possible.

As the Cohn family comes together to share his, and their story, the running water of time, tragedy, experience, and love take shape. A testament to the grace of one young man and his short walk in life.

Sitting down with Shea’s family, they shared more of their story and that of Shea Stones.

Can you tell me a bit about how Shea Stones came to be? What ties do the stones themselves have to Shea’s life?

The idea for Shea stones was created by my mom (Denise) shortly after Shea passed. Shea collected small stones his whole life that we would regularly find all over the house, so we thought it was fitting. Each one has his name written on it with any design that people choose.

How do you feel the stones help preserve Shea’s memory?

Shea was a very curious young adult, but especially as a child. He loved to explore new places and discover new things. Many times as a kid he would collect little stones or shells that he thought were cool and put them in his pocket. The whole idea behind this was to leave stones in places that reminded us of him or a place where we wanted to leave a memory of him. Shea Stones has allowed us to preserve his memory by keeping his curiosity going, allowing his memory to explore places he may have ventured to if he got the chance.

Did you ever think the stones would be present around the world? What does it mean to see them reaching so many people?

We hoped to leave Shea stones in places that either reminded us of him or where we would like to leave a piece of him, but we never imagined that the stones would travel so far. It means the absolute world to us that Shea can go to so many places. He was fortunate enough to travel quite a bit at a young age and we believe he would have continued to travel if he had the opportunity to. Seeing these stones being placed all over the world feels like we can continue the journey that he started.

Tell me a little about Shea and what made him such a wonderfully loved young man?

Shea was an ambitious, curious, and innovative young man of many talents. He was known for his athletic, musical, and intellectual capabilities. He was even often nicknamed “The Piano Man” for his incredible piano-playing skills. This also applied to the many other instruments he regularly picked up and taught himself how to play. Although these capabilities were typically put to productive use, Shea was also incredibly curious and even, at times, mischievous. We often found him at the top of a tree, swinging from the drapes, or doing flips as he skied down a mountain. With all of these adventures, Shea often collected different interesting items he found along the way. Much of the time, these items were small stones.

Are there any other ways the Cohn family is honoring Shea?

Our family started the “Shea Cohn Memorial Fund” in his name to provide financial support for young musicians and kids wanting to travel abroad. Both were passions of Shea’s that we hope to continue for other people in his honor. There is a memorial rock at Housatonic Valley Regional High School for Shea, facing the river. Shea stones are the biggest project at the moment.

How can folks participate in the Shea Stones phenomena? How far do you think the stones will go?

Shea stones can be mailed to anyone interested, and we encourage people to place them in states or other countries around the world that they travel to. They can be places that remind them of Shea, or just a cool spot to leave a memory of Shea behind. When they place the Shea stone, we would love a photo to post on our social media to mark a new spot. Our Instagram page is @sheacohnstones, our Facebook is ‘Shea Stones’ and our website with more information is sheacohn.com. The farthest Shea stone we currently have is in Rwanda, Africa. Several stones have also been left in Europe, Asia, and we hope to cover as much of the world map as we can!

To learn more about the legacy of Shea Cohn and Shea Stones, visit the website at www.sheacohn.com. 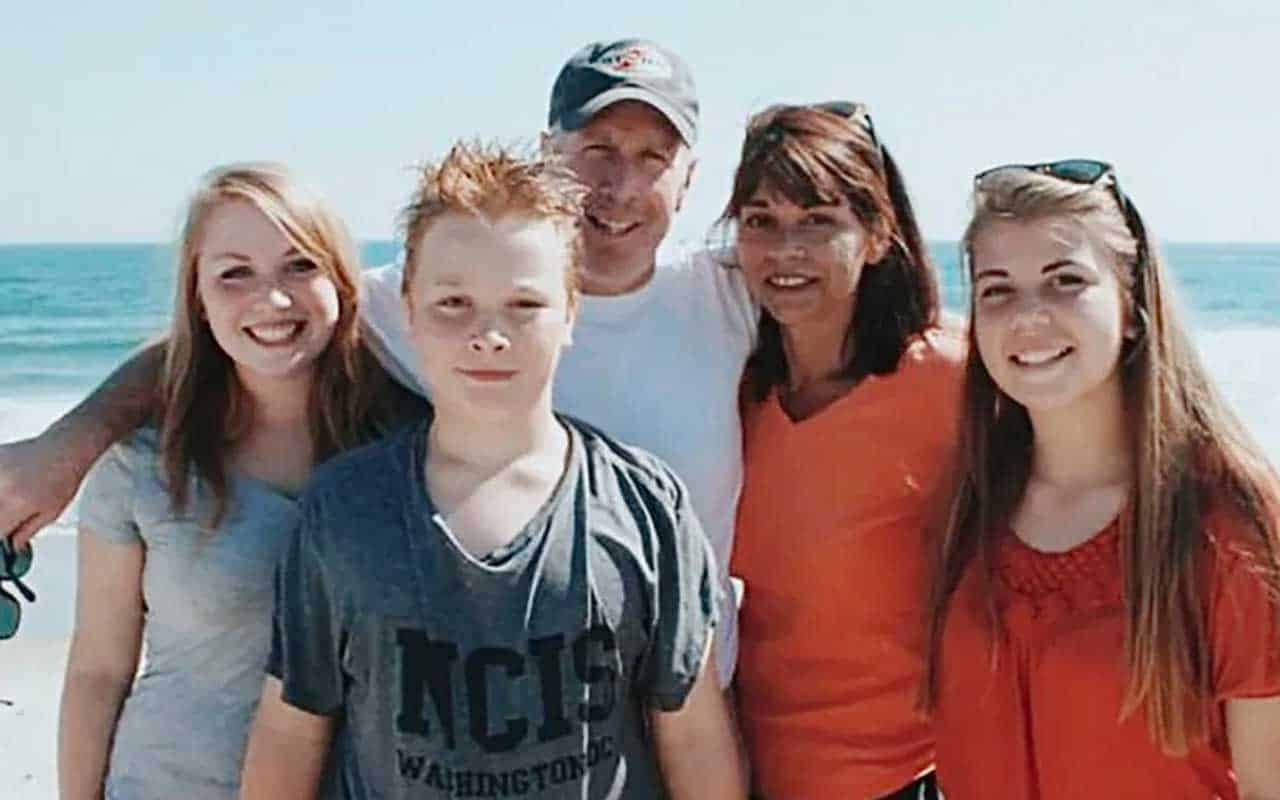