A Grassroots Movement Along the Pavement

Perhaps you have seen them, driving by on a brisk weekend morning or while attempting to navigate the winding country roads of Hillsdale, NY during one of our seldom 2020 winter snowfalls. The sight of bright orange bags sitting starkly against a backdrop of dead winter brush, dotted with discarded cans and modern debris, waiting for Spring’s greens to hide them away once more denotes the work of two Hillsdale residents who are quietly redefining the term ‘weekend warriors’. “It started years ago on my early morning runs around the town. I would often run 10 miles or more on the back roads picking up a few cans here and there and dropping them off at a central point on the way back home and bagging them up the following day” says Fred Dimmick, a lifelong Hillsdale resident who recently retired from the town post office. After years of this humble community service, and under the cover of the early dawn hours, 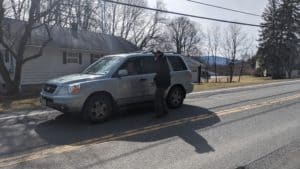 photos of Mr.Dimmick’s handiwork have been gaining momentum recently on social media. Soon, others were inspired to join Fred on his weekend excursions, including resident Philip Rivenburg who has since met Fred each Saturday morning to clean up a few miles of roadside around town. “You will never know the kind of difference you can make unless you get out and do it,” Phil says “I saw a few of Fred’s posts and sent him a message asking if he would like help. The next weekend I was out here with him –  it was that simple.” Despite the recent attention the two have received, including a plethora of friendly honks from residents in the know and the occasional motorist stopping by to give thanks and share a friendly chat, Fred hopes to keep the ambitious task as modest as the town where he has lived all his life, “I would like to start a movement of sorts but not on behalf of any large organization. I think many of us who go on walks pass by garbage on a daily basis, it has become so commonplace we don’t notice it. If this can inspire anything, I 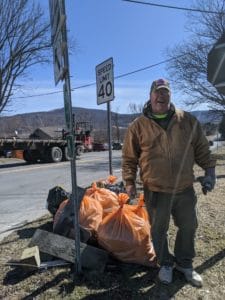 hope more people walk a bit in each direction from their homes, be it feet or miles, and grab even a couple cans during their walks on our town roads to help keep them litter free.” 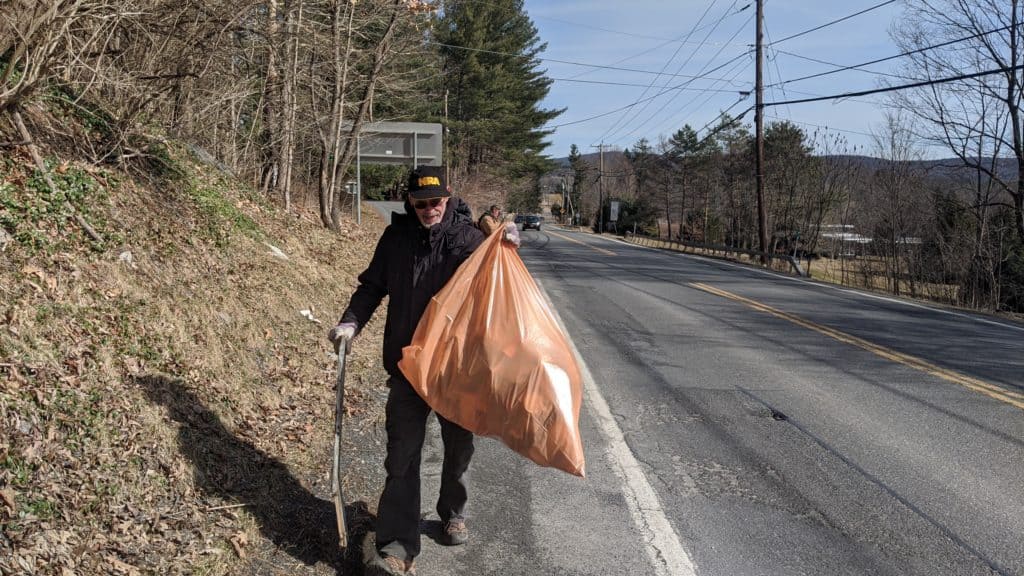