A Moment of Whimsy

It’s unclear whether Eric Martin was channeling his inner Thoreau when he returned to the United States from an intense year of graduate study at the University of Limerick in Ireland. After long hours of practice on his instrument of choice, the viola, he sought to recapture some of the simplicity and innocence of summers passed in the Adirondacks.

Henry David’s words from Walden rang true. “I went to the woods because I wished to live deliberately, to front only the essential facts of life, and see if I could not learn what it had to teach, and not, when I came to die, discover that I had not lived.”

Balance returned, Eric ventured out to several auditions, seeking a position with a classical music group, but found that his ardor for a classical music career had dissipated, at least temporarily. A friend was working as a volunteer at Gould Farm, the residential therapeutic community in Monterey, MA, and invited Eric to spend some time there, “giving back” as Eric puts it. It was going to be a one-year commitment.

The year was 2001. 19 years on, Eric Martin is still at Gould Farm, working on the staff and, much to the delight of music lovers on several continents, has found the place for music back in his life.

Married and the father of three, Eric still finds time to balance family (his double degree in teaching has come in handy now that school has a very strong “home” component) his work at Gould Farm and his music. Among the many credits he has enjoyed are playing with the Boston Camerata, the Berkshire Bach Society, Berkshire Lyric, Springfield Symphony, and singing with Crescendo, the area’s classical music ensemble.

And, then there’s Alchemy.

We can thank the Bard of Avon for summing up our curiosity with why things are called what they are. While our common understanding of alchemy may be a laughable effort to turn lead into gold (the favorite scam of the Middle Ages) the term is much more nuanced. In fact, one of the earliest efforts at alchemy dates back 4000 years to Mesopotamia (present day Iran) and the Gilgamesh Epic. Two of the central characters of that ancient story search for the “elixir of life,” the potion that will stop aging. Alchemy. Millenia later, scientists and philosophers continued to search for that elixir, that magical essence that would be timeless.

But, stop for a moment. Isn’t music part of the “elixir of life?” A philosophical turn, no doubt, but the mystery of pitch, rhythm, dynamics, timbre, and texture both defies simple definition and seems to be ageless.

The magic of music

Alchemy is but one of Eric’s musical outlets, but it’s an important one. Not orchestral pieces, not string quartets, Alchemy plays the fetching music that enlivens contra dancing. The enduring traditions of community dancing that grew out of British Isles country dancing, crossed into France, then traversed the Atlantic to Canada and the United States has continued to attract devotees around the world.

Martin first encountered contra dancing while a student at Ithaca College and though he was pursuing a dual degree in viola performance and music education, the allure of music that supported the community style of dancing was infectious. It only added to that engagement when he ended up in Limerick, Ireland, a place where contra dancing and the musical figures that support it are very much part of the culture. It is so essential to the cultural life of the region, in fact, that the university has created its graduate music program around the Irish World Academy of Music and Dance.

A trio of equals

“I’m one of three equals,” asserts Eric when talking about his Alchemy band mates. Rachel Bell on accordion and Karen Axelrod on piano share the spotlight with Martin whenever Alchemy takes the stage, or lays down tracks for a buoyant CD.

Each of the trio has been successful in cobbling together a career and life as musicians and educators, sometimes working as duos, sometimes independent, but eager to perform as a trio when the moment and the invitation arises.

The hunger to perform… live!

It is understandable that many have grown weary of the seeming endless protestations about the inconveniences and prohibitions that have appeared as the result of the COVID-19 pandemic. We have become weary of masks and hand sanitizer, distancing and decals affixed to the market floor. The crushing impact of isolation and distancing on the performing arts is a fine example. Alchemy has had to revert to virtual concerts to keep their fan base connected with their energizing music. The primal need to perform in front of a live, laughing, clapping, dancing audience is a feeling shared by musicians everywhere.

During the last concert of the Berkshire Theatre Group’s outdoor season, Livingston Taylor took the stage and became fully immersed in the opportunity to perform for a live audience, once again. His joy seemed to be therapeutic to himself and to his eager audience, socially scattered, compliantly masked and eager to savor the sacramental rite of live performance. As if on cue, during Taylor’s performance, the sun broke through the afternoon grey to warm the audience and brighten the day.

That heady experience is what every live performance artist misses is the age of COVID-19 distancing. For Eric Martin and Alchemy, the heady sensation of performing for a live audience was actualized at a recent outdoor concert at Dewey Memorial Hall in Sheffield, MA.

Unbeknownst to the group, in the audience that day was none other than book and music aficionado and local radio personality, Dick Hermans of Oblong Books and Music (in Millerton and Rhinebeck, NY). His take on the day’s performance refreshes Eric Martin’s zest for music and the magic of in person performance.

“I was enrapt by their musical chops, their connection with traditional music and the energy they brought to the pieces they performed. Some might question if a combo consisting of an electric piano, accordion and viola could win over an audience. They did and then some.”

With concert series being cancelled and once thriving venues valiantly attempting to maintain a loyal audience by posting performances online, the future of performance art is a mystery no one can solve. For Eric Martin and Alchemy, the view forward is filled with hope and tempered by reality. “Of course, we’d love to be back in front of our audiences,” offers Martin with the touch of sadness so understandable during these times. “Until then, we appear from time to time in webcasts and streamed concerts.” Those special streamed events as well as access to the Alchemy CD, Turning of the Hour, (which would make a lovely, smile-inducing holiday gift) appear on Rachel Bell’s website – www.rachelbellmusic.com.

Echoing Thoreau’s words, we have all learned “to live deliberately” in these times. Having a bit of musical magic … a touch of Alchemy … can make that experience a bit more whimsical. 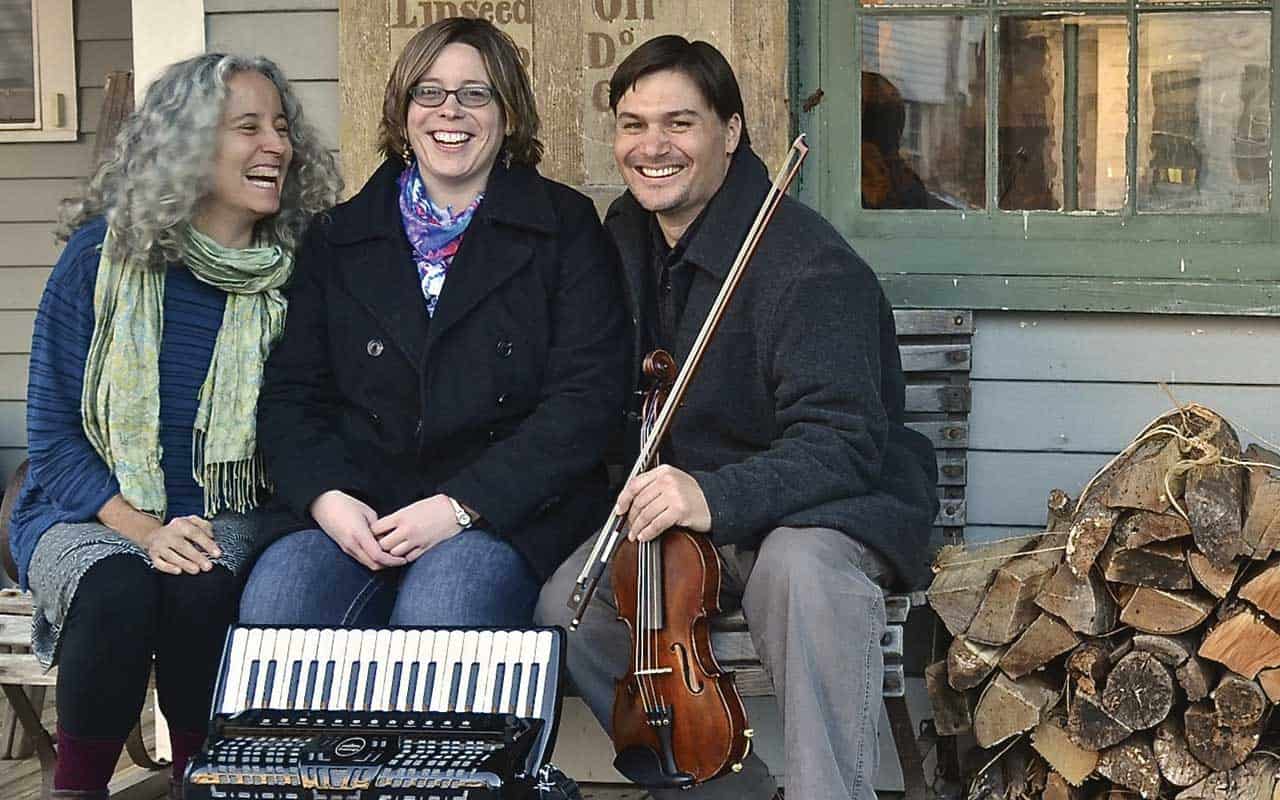