There is almost a Brigadoon moment when one wanders off of Route 7 into Falls Village, CT, these days. To be sure, this town will not disappear after one day, to wait 100 years to reappear as in the Lerner and Loewe musical. The resurgence of the town, however, is magical in its own way. With the steady growth of 100 Main, the Bunny Williams energizing store that features work by local artisans to Furnace (Kathleen Kucka’s art gallery featuring works on paper) to the stalwart Falls Village Inn that has emerged from the pandemic with a beautifully turned out patio that has been welcoming diners for the summer, the town seems to have awakened, once again.

The recent opening of The Falls Village Café in a building that has housed everything from the Town Hall, Hamzy’s Grocery Store and Kirkpatrick’s Plumbing (some of us have a very long memory) to the Senior Center is yet another sign that this town is coming back.

Owner Adam Sarosi and his wife, Szabina, have persevered through the twists and turns of birthing a new idea, working through the logistics of nurturing that idea and finally opening a café that looks like it might have been magically transferred from SoHo to just down the road from South Canaan.

“We love Falls Village,” proclaims Adam as he takes a much needed rest from the 120-hour work weeks that have been required to make the new café a reality. “We were in Brooklyn for eight years and we had found a small weekend house in Winsted … but when we came to Falls Village, this was it.”

Building on a dream 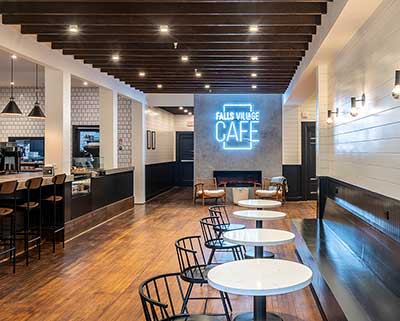 “It” started out as a simple café. Coffee, light baked goods, a place for customers to meet, talk and relax. With a successful building renovation and property management business background, Sarosi was ready to create a space that would make the town proud, provide steady employment, and build the cache of a small town becoming reinvigorated.

Enter the various regulatory bodies that hold sway over safety, sanitary, and structural adherence. “We went from having a small kitchen to building a commercial kitchen that can support full meals.” There were neglected septic issues that needed attending to and the matter of how the town-owned space would be re-configured.

“We were asked to provide renovation schematics,” Sarosi recalls, “which led us to some designer friends who captured what we had in mind.” The interior design is understated in its elegance. Black and white accents with an open feeling enhanced by the high ceilings and the tasteful use of light make the space conducive for sampling the imaginative breakfast menu (the BLT Quinoa Bowl with fresh basil, olive oil, white wine vinegar, avocado, and the expected participants, arugula, bacon, and tomato is a stand-out) to venturing into the “All Day” section of the menu which features several panini options, wraps, and salads.

The keen interest of the town is not only understandable, but has brought its own set of tangential support. Set in the common area toward the back of the café space, a town-supplied computer with accessible free internet connection invites folks to come in, coffee or not.

Understandably, there have also been a few “speed bumps” along the way that come with creating a new experience and bringing it to fruition. “Bears.” The dumpster needed to handle restaurant trash quickly became an inviting late night cafeteria for the local bear population until a “bear-proof” model was provided by the café’s trash removal company.

Bringing a taste of home to the Village

A native of Miskolc, Hungary, Adam is eager to bring a touch of home to a dinner menu that will – depending on the day of the week – offer goulash, veal paprikash, beef stroganoff, and several soups with exotic names like Husleves (chicken), Zoldborso leves (green pea), and Kariol leves (cauliflower). Strongly encouraged will be a side order of Langos, Hungarian deep fried bread with sour cream and cheese.

The clientele that has been attracted to the Falls Village Café is a delightful mix of residents stopping in for a coffee featuring Irving Farms locally roasted beans or a quick lunch during a midday break to urban refugees who have pivoted as COVID-19 changed lifestyles and weekend homes became full-time residences. “We wanted to offer something for everyone,” allows Sarosi as another carload of first-time visitors step into the café and become oriented to the clean design, the great coffee smells, and a staff that has quickly adopted Adam and Szabina’s welcoming demeanor. “We have things on the menu that are designed to be very affordable, all of them made with locally-sourced ingredients. Our dinner menu will be a bit more up-scale, but still within a very reasonable budget.”

Reaching into the community to source ingredients has been its own journey. The café has been so well received that some providers have found they cannot keep up with demand, so the sourcing lines have had to reach further. “We’ve found a great baker in Massachusetts that supplies our bread and an egg provider that can keep up with the morning demand for sandwiches, paninis, and burritos.”

During the summer months and into September, the café is open from 7am to 9pm. Established with a computer system that can track business minute-to-minute, Adam will be able to review operating hours based on customer response and adjust as fall turns to winter in Connecticut’s Northwest Corner.

For those who may not recall Brigadoon, it has been a stalwart of American musical theater for over 70 years and considered a classic film with Gene Kelly and Cyd Charisse. Alan Jay Lerner’s story could have ended with the mythical village disappearing for another 100 years, leaving two young lovers with no hope of seeing each other. It did not, however.  There was a happy ending (as there should be to any true musical). With the grand start exhibited by The Falls Village Café, satisfied customers seem to echo the sincere hope that this venture, too, will enjoy a happy life in a village reborn.

The Falls Village Café is located at 107 Main Street, Falls Village, CT. Online orders can be selected from the menu at www.fallsvillagecafe.com or called in to (860) 491-1188. 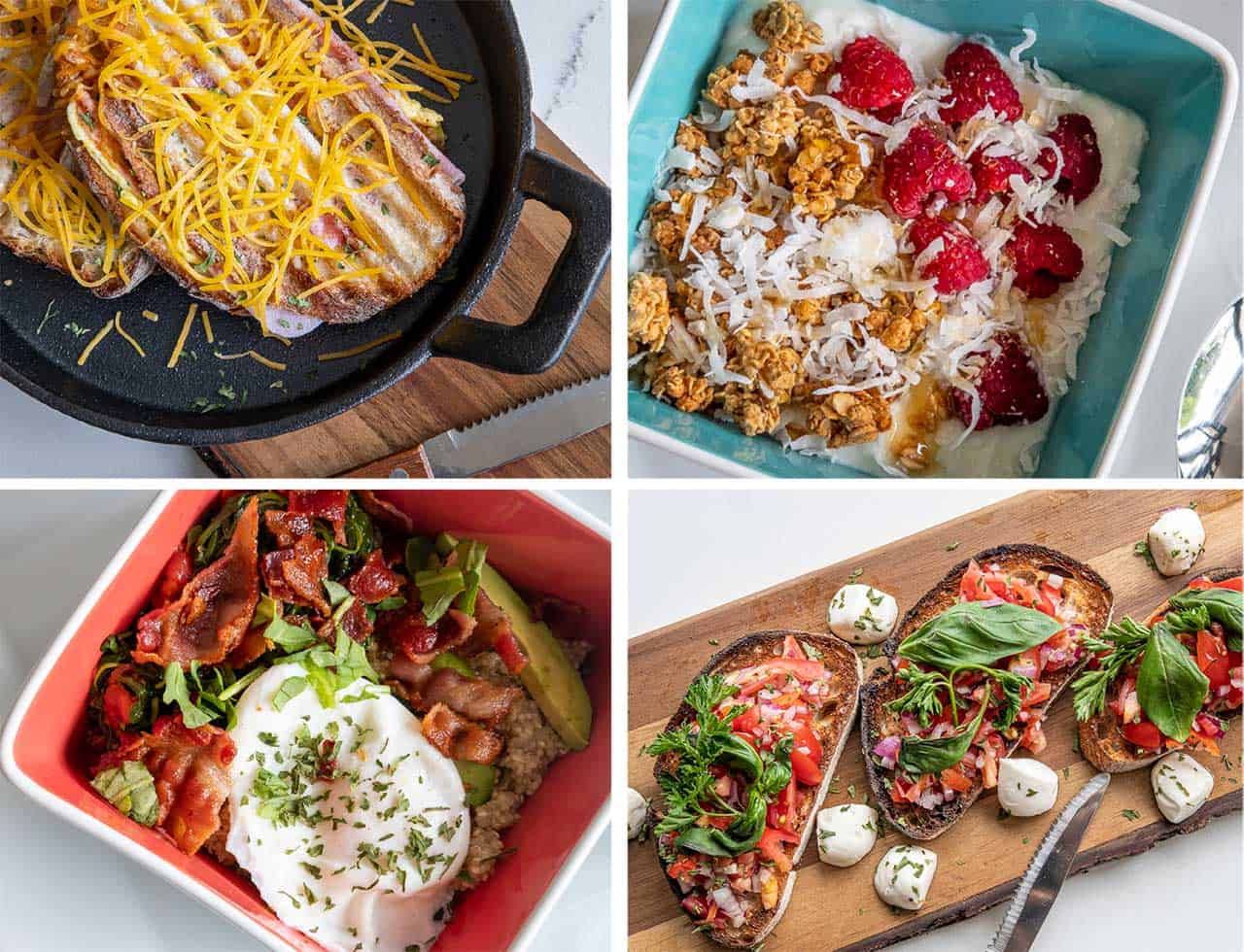