Age does not Abide; Humanitarianism Perists – The Force of Abraham Keita

Violence can breed many things: anger, hatred and perhaps most frighteningly, more violence. Two World Wars brought bitterness, dissidence, genocide and a perpetual sense of xenophobia throughout Europe and across the globe. Two Civil Wars over the course of 12 years had similar effects on Liberia. Corruption from the highest levels of government gave way to regular conspiracies against the most vulnerable of the Liberian population. Amidst the endlessly grinding gears of systematic violence, somewhere in the slums of West Point in Liberia’s capital city of Monrovia, violence instead bred something unexpected – hope, optimism and a seemingly impossible endurance to fight for the most fundamental rights of children around the world. 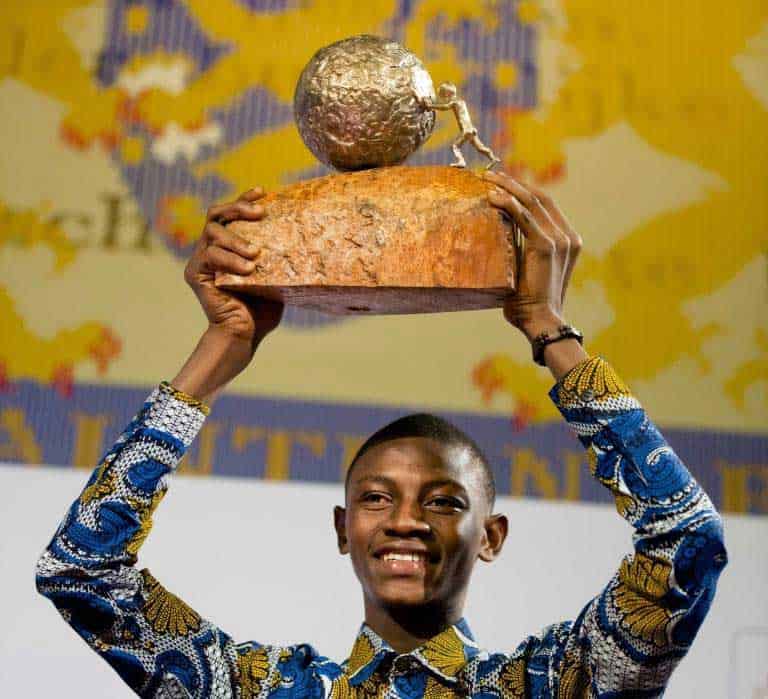 Abraham Keita was born during Liberia’s second Civil War in 2000 into a world so fraught with chaos that he only recently discovered his real age of 19. “Finally realizing my true age shifted me toward a different cause. A cause driven by the need to ensure that every child has the right to a name, nationality and identity.”

Despite Abraham’s recent revelation, his journey toward becoming one of the most renowned children’s rights activists began before he was even a teenager. On February 28, 2003, Abraham’s father, who was a driver for the Adventist Development and Relief Agency (ADRA), a humanitarian organization dedicated to delivering food and other relief to displaced refugees miles away from Monrovia, was killed by gunmen during an ambush on one of his relief trips.  “My eyes were open to violence at an early age, so too were they to sexual violence as well as child labor,” says Keita of his early introduction to senseless killing. “I was a victim of child labor because my mother needed financial help and as a result I didn’t start school until I was nine.”

A Journey Toward Justice

Shortly after his father’s murder, a young girl in Abraham’s neighborhood was brutally sexually assaulted by her foster father and then murdered to cover up the crime because the man was a member of the Liberian government. “I remember feeling that nobody deserves to be treated the way she was. No human … period.” The confluence of heartbreak over his father’s death and the outrage of injustice for a child victim provided the kind of emotional mixture that would fuel Keita’s now famous fearless ambition and he would take part in a peaceful protest for the young girl’s justice at just 9 years old. Abraham’s efforts were almost immediately recognized by Liberian activist groups and he was soon asked to join the Liberian Children’s Parliament, paving the way for Keita to begin organizing peaceful protests of his own. “The system in Liberia is designed in a way to prevent victims of violent and sexual crimes from achieving their own justice. I think this same problem persists in many African countries.” 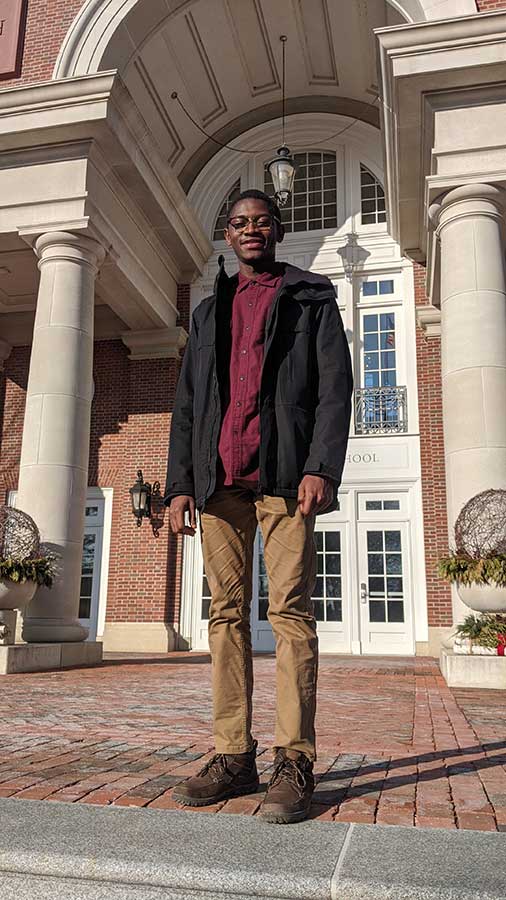 During the EBOLA crisis in 2014, a 15 year old boy was killed by armed forces during a peaceful protest against the blockades set up to contain the virus. As a result, a 14 year old Keita organized a march in order to compel the Liberian government to take responsibility for the young man’s death, during which time many lawmakers sent individuals after Abraham and his mother in West Point. “They would tell my mother that there was nothing I could do to change the system. That is the attitude in a Liberian society driven by corrupt influences – this is who we are and nothing can be done about it.” However Keita proved, as his march sparked a national debate and eventually forced the government to acknowledge its culpability, that his mission was not just about ending violence itself, it is about putting a stop to the cycle of hopelessness that has bled into every aspect of life in Liberia.

“We have to share our stories,” says Abraham as he speaks with soft resolve while sitting in the dining hall of the Hotchkiss School in Salisbury, CT, where he will enjoy his time in the local university before moving onto Yale. “I have been called a ‘Western Puppet’ by lawmakers and members of the media in my home country because of my belief that civil rights are inherent to everyone in society. But, if Liberia is to be transformed, the world must know what it is now first and telling stories is the best way to effect that change.”

Similarly, in 2017, a government representative sexually assaulted a 13 year old girl and Abraham decided to go back home and do something to again hold those responsible accountable. Abraham and his fellow activists stood outside the capitol building for three hours in Monrovia as politicians coming to and from the building would shout at him from their cars in order to discourage the efforts of the crowd. It wasn’t until Abraham led his fellow protesters to block the road that lawmakers decided to acknowledge their presence. After leaving, Abraham was followed by a group of men holding a court-issued arrest order for Keita claiming criminal coercion and slander. “When I was taken to prison I remember my mother coming to visit in tears and admonishing me. I told her the world cannot change if you’re too afraid to act.”

In 2015, Keita received the International Children’s Peace Prize for his efforts to end violence against children internationally. Soon after, Keita became a member of The KidsRights Youngsters, a youth-led advocacy and awareness coalition comprised of recipients of the International Children’s Peace Prize whose aim is to “realize children’s rights as outlined in the Convention on the Rights of the Child.” As leaders in worldwide youth advocacy, Keita and his fellow group members influence local communities across the globe, speak to world leaders and influence international policy. In 2016, Keita spoke to the UN Human Rights Council about child protection at the launch of the High Time To End Violence Against Children initiative as well as the International Criminal Court during the development of its Policy on Children, an initiative designed to ensure that war crimes against children are properly investigated and prosecuted.

“I believe education is the only way a society can transform,” says Keita referring to a time in his life when he became frustrated by the lack of social change around him, compelling him to reach out to the UN, “there are around 500,000 children in Liberia who have never sat in a classroom and 1.1 million who will not graduate, even those who do are at times still illiterate. I believe education is the only way Liberian society can transform because it remains such a threat to the corrupt social and political structure.”

Upon Abraham’s third visit to the United States in 2018, he began to notice a similar thread between senseless violence abroad and the reoccuring tragedies here in the States. On the 24th of March of that year, Keita traveled to Washington D.C. to join the March for our Lives protest on behalf of the victims of the Parkland shooting. “I was here in the United States in February of 2018 when the Parkland shooting occurred,” reflects Abraham, “I never want to be bound by geography so I joined the March for our Lives protest because guns have touched my life as well – guns ended my father’s life after all.”

Though Abraham’s life in Liberia has molded him into a leader in action at such a young age, his experiences in America have opened his eyes to the dichotomy in civil liberty between contents. “There are institutions that have been built to effect change here, in Liberia grassroots movements are much more difficult, but the American system of government makes local mobilization possible and I believe this is what will always bring about gradual social movement.”

On March 1, Keita will speak to members of the community at Noble Horizons in Salisbury, CT, with one message to impart on behalf of the burgeoning spirit of modern youth activism: “We should leave the world a far better place than we found it, and that sentiment should be the responsibility of every generation. We have come to an age where collective societies can no longer say foreign injustices are none of their business. We all have the capacity to effect small changes in a very big way.”

To register for Abraham’s presentation at Noble Horizons on Sunday, March 1 at 2pm, visit https://noblehorizons.org/events-calendar.html 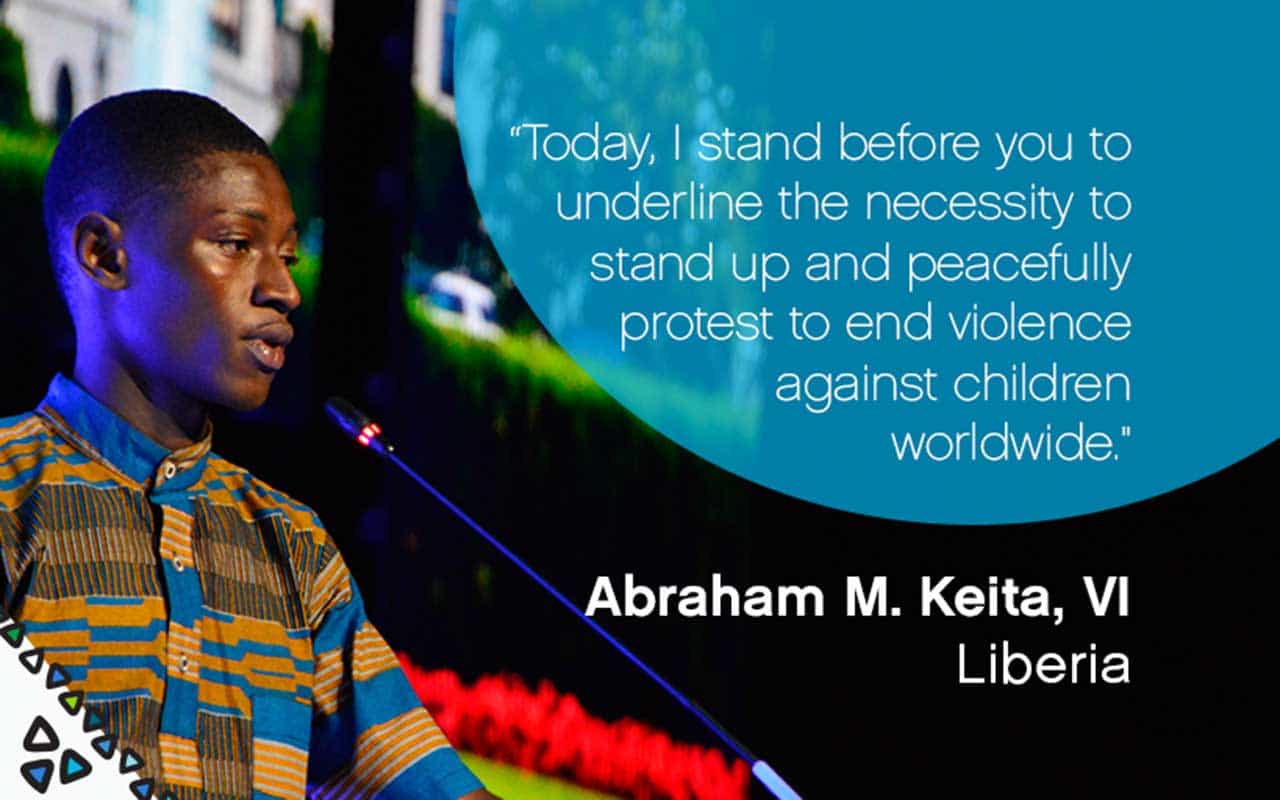