Much like the memories of yore, the origins of many beloved customs often get lost within the fog of passing time. Each year, as the calendar turns to December, we collectively search our attics for the yuletide decor that will adorn our homes but once a year. Almost unconsciously, families around the country venture out in search of the perfectly-shaped pine tree, lights, and ornaments that habitually inform our notion of what it means to be in the Christmas spirit. So it goes with every cultural touchstone, the fog of time sets in and history becomes custom. For the folkways of the American Christmas, its origins are deeply rooted in the Hudson Valley and tied to one of the area’s most influential literary legends.

The man behind the American Christmas

Author Washington Irving is most famously remembered for stories that have become indelibly associated with the American holiday of Halloween. The ethereal literary impact of stories like The Legend of Sleepy Hollow and Rip Van Winkle still resonate with the supernatural landscape of the Hudson Valley.

However, perhaps the most widely read American short-story writer, essayist, biographer, historian, and diplomat of the early 19th century has another credit to his name, one that is possibly the most culturally significant of them all.

Like all things, time casts its shadow over memory and today, few people may know that the very same tales that would eventually bring Irving notoriety first appeared alongside a collection of sketches that would have a profound impact on our concept of an American Christmas.

Irving first accounted for the customs, decorations, and foods of a rural Christmas in Yorkshire in a series of fictional recollections that appeared in The Sketchbook of Geoffrey Crayon, published in 1819-1820, the very same book that first recounted Irving’s tales of both the famous spectral horseman as well as the man who slept through revolution.

Irving was famous for using pseudonyms in life as well as literature. In The Sketchbook of Geoffrey Crayon, Irving’s narrator Geoffrey Crayon observes life in the English countryside and fondly recalls stories of family Christmases spent at an estate known as Bracebridge Hall. Though the book is based in fiction, Irving relays the customs of what would become the American Christmas in such a precise way that it no doubt became a backdrop for Holiday festivities in the early days of American culture.

Irving’s narrator includes “old games” of “hoodman blind, shoe the wild mare, hot cockles, steal the white loaf, Bob apple, and snap dragon.” He goes on to include the “Yule clog [sic], and the Christmas candle, were regularly burnt, and the misletoe, with its white berries, hung up, to the imminent peril of all the pretty housemaids.”

Perhaps the most sought after Christmas storyteller, Charles Dickens, was no doubt inspired by Irving’s yuletide narrative. Dickens was just eight years old when The Sketchbook was published, and two decades later he would use Irving’s tales as inspiration for the immortal Holiday classic: A Christmas Carol.

Today, Irving’s picturesque estate called Sunnyside in Irvington, NY, serves as testament not only to the author’s literary legacy but to his impact on American culture as well. Keepers of Irving’s now century-old home say there are elements within The Sketchbook that would later inform “Dickens’ beloved scene from Christmas Past, a scene that authors, artists, filmmakers and merchandisers have since seized upon as the quintessence of the English holiday.”

There is still another contribution that has found its way from Irving’s pages and into our modern Christmas custom – a considerably jolly one.

On December 6, members of the Catholic faith all over the world observe the Feast of Saint Nicholas, or Saint Nicholas Day. Coincidentally, December 6, 1809 is also the publication date of Washington Irving’s first book, A History of New York, now over two centuries old. Irving’s famous book first introduced the world to Knickerbocker, which became a synonym for New York.

Perhaps most appropriately, it may also be the book responsible for introducing Americans to St. Nicholas himself, the very same character who would eventually become synonymous with the man we now know as Santa Claus.

According to the folks from Historic Hudson Valley, in A History of New York, “St. Nicholas appears in a vision to none other than Olof Van Cortlandt, the first of the Van Cortlandts to set foot on what was then New Amsterdam in 1637. In Irving’s imagination the Van Cortlandt’s decision to settle Manhattan Island was inspired by jolly old St. Nick.”

From Irving’s A History of New York, courtesy of Historic Hudson Valley:

“And the sage Oloffe dreamed a dream – and, lo! the good St. Nicholas came riding over the tops of the trees, in that self-same wagon wherein he brings his yearly presents to children. And he descended hard by where the heroes of Communipaw had made their late repast. And he lit his pipe by the fire, and sat himself down and smoked; and as he smoked the smoke from his pipe ascended into the air, and spread like a cloud overhead. And Oloffe bethought him, and he hastened and climbed up to the top of one of the tallest trees, and saw that the smoke spread over a great extent of country – and as he considered it more attentively he fancied that the great volume of smoke assumed a variety of marvelous forms, where in dim obscurity he saw shadowed out palaces and domes and lofty spires, all of which lasted but a moment, and then faded away, until the whole rolled off, and nothing but the green woods were left. And when St. Nicholas had smoked his pipe he twisted it in his hatband, and laying his finger beside his nose, gave the astonished Van Kortlandt a very significant look, then mounting his wagon, he returned over the treetops and disappeared.

And Van Kortlandt awoke from his sleep greatly instructed, and he aroused his companions, and related to them his dream, and interpreted it that it was the will of St. Nicholas that they should settle down and build the city here; and that the smoke of the pipe was a type how vast would be the extent of the city, inasmuch as the volumes of its smoke would spread over a wide extent of country. And they all with one voice assented to this interpretation excepting Mynheer Ten Broeck, who declared the meaning to be that it would be a city wherein a little fire would occasion a great smoke, or, in other words, a very vaporing little city – both which interpretations have strangely come to pass!”

While today we may be accustomed to those Holiday traditions that seem to have always been, the tree, stockings, gifts, the titular Saint Nick and the general merriment that seems to swell within us each year, it is important to look back sometimes. As 2020 rounds into 2021 and we once again decorate our lives with festive spirit, singing our collective hearts to cheer, it’s comforting to know that our most joyful time of year finds its roots right here in the Hudson Valley. 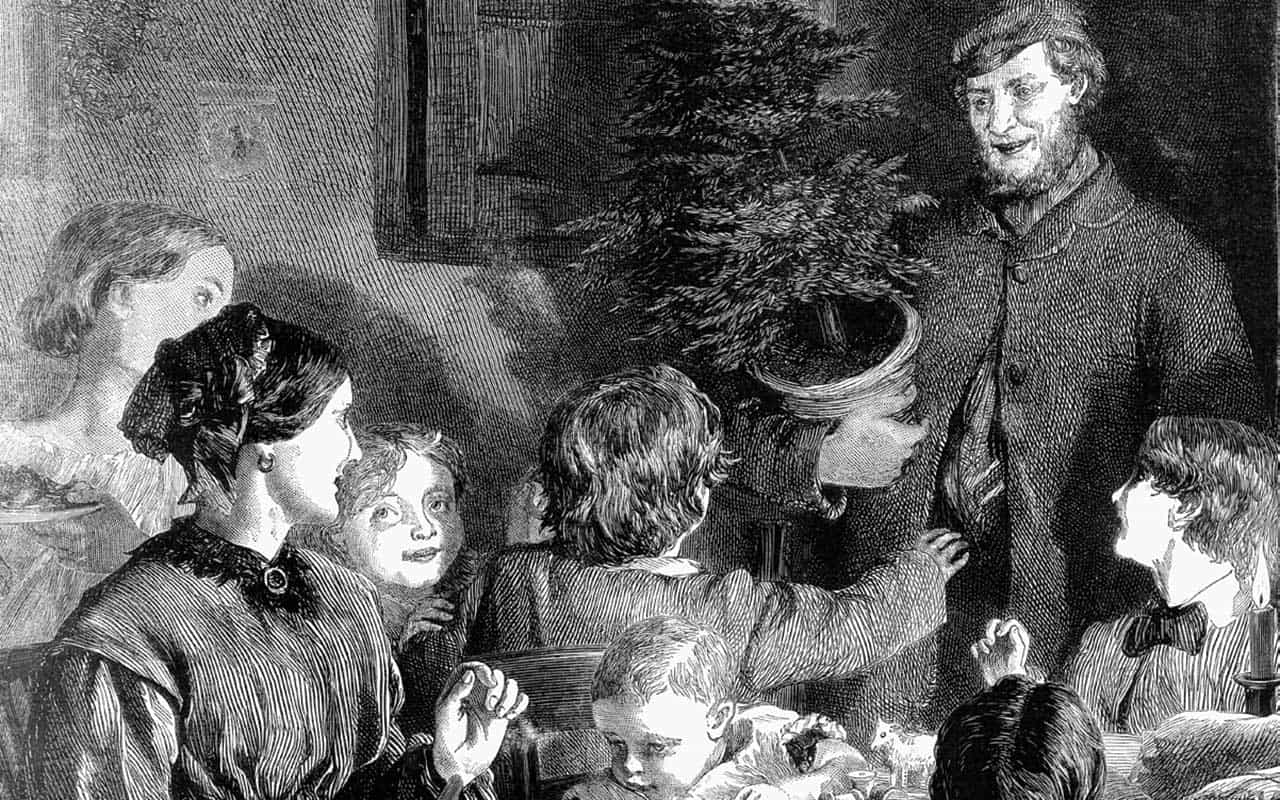 All research information courtesy of Historic Hudson Valley. Visit them online at hudsonvalley.org to explore all things Hudson Valley.