The featured reading is entitled Too Young for The Blues and was written by Chatham-based playwright and author Wesley Brown. Brown is the author of three novels, three produced plays, and a collection of short stories entitled Dance of the Infidels from which Too Young for the Blues is taken. He is the co-editor of the fiction multicultural anthology Imagining America and the nonfiction multicultural anthology Visions of America, and editor of The Teachers & Writers Guide to Frederick Douglass. Brown is professor emeritus in English at Rutgers University and is currently on the faculty at Bard College at Simon’s Rock. 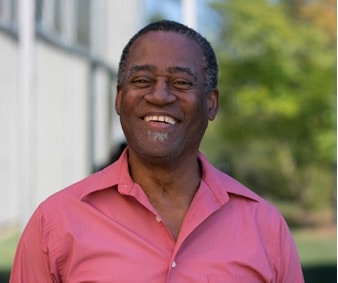 Wesley Brown, author, “Too Young for the Blues”

Reading the story, which is about a chance meeting between Ella Fitzgerald and a fan, will be regional actors MaConnia Chesser and AnnChris Warren.

AnnChris Warren is Director of Operations for Boys & Girls Club of Ulster County. Past directing credits include Hairspray, For Colored Girls, When The Rainbow is Enuf, Annie, Bye Bye Birdie, Pippin and Cinderella. Performance credits include the title role in Aida, JoAnne in Rent, Dionne in Hair, Cassie in A Chorus Line, Justice in Rock of Ages, and the Witch in Into the Woods.

Crystal Radio Sessions regularly showcases fiction, poetry, creative non-fiction and personal essays of established and emerging writers and is curated by the Millerton, NY-based writer Ashley Mayne, whose work has appeared or is forthcoming in Fence, Post Road, Juked, Peripheries, Blight podcast, Metambesen, and elsewhere. She is one of the founders of Crystal Radio, and a fiction editor at Fence.