Richard Klein is an artist of note who has cobbled together a life of creating, curating and writing about art and its influence. With a career that extends beyond 20 years as curator at The Aldrich Contemporary in Ridgefield, CT, he has embraced the awesome task of presenting works by such titans as Janine Antoni, Sol LeWitt, Mark Dion, Roy Lichtenstein, Hank Willis Thomas, Brad Kahlhamer, Kim Jones, Jack Whitten, Jessica Stockholder, Tom Sachs, and Elana Herzog.

At ICEHOUSE Project Space, the on-going engagement of artist KK Kozik with the community, Klein has taken the challenge of delving into the iron-bound past of the region and creating a series of pieces that encourage thought and reflection. He has merged the artist’s view with the curator’s sense of space and visual impact to this engaging project.

From the earliest days of discovering rich iron ore … through the rush to monetize this discovery and, in the process, denude the hills to feed charcoal ricks providing heat-intense fuel for the forges scattered throughout the region, iron changed the face of the tri-state area. Klein has trudged through brambles and snarled bushes to visit the iron works throughout the region to get a sense of the place and to poke through the ruins for bits and pieces of history that make the long-abandoned presence real. Armed with that investigation, as well as countless hours of research into the iron history of the area, he has created a “meditation.”

Reflecting on his work and the overall effect desired, Klein created this artist’s statement:

The Understory is composed of native iron and wood that have been reclaimed and repurposed, not as a historical recounting, but rather as a meditation on deep time and the cycles of both nature and civilization. The fungi, which have been directly burnt out of molds and cast in iron, come from trees in the northwestern hills of Connecticut, and the large, burnt wood form is a fragment of an architectural column from a nineteenth-century house that was torn down in Canaan – a town whose economy was partially based on the iron industry. At the project’s culmination, some of the cast iron fungi will be returned to furnace sites, where they will be allowed to slowly oxidize back into the landscape.

The exhibit runs through November 7th at ICEHOUSE Project Space in Sharon. As noted, KK Kozik, herself a noted and widely exhibited artist, has created the Project Space on her property, revitalizing an historic icehouse and giving it new life as a haven for artists to create intimate, intriguing exhibits.

The Understory by Richard Klein is open to visitors on weekends by appointment, only. To make the connection, please email kk2kozik@gmail.com to confirm a time and date.

For those intrigued with Klein’s imaginative sculptural pieces, a parallel exhibit is currently in place at Kenise Barnes Fine Art, 7 Fulling Lane, Kent, CT. Their website has photos, prices and hours www.kbfa.com 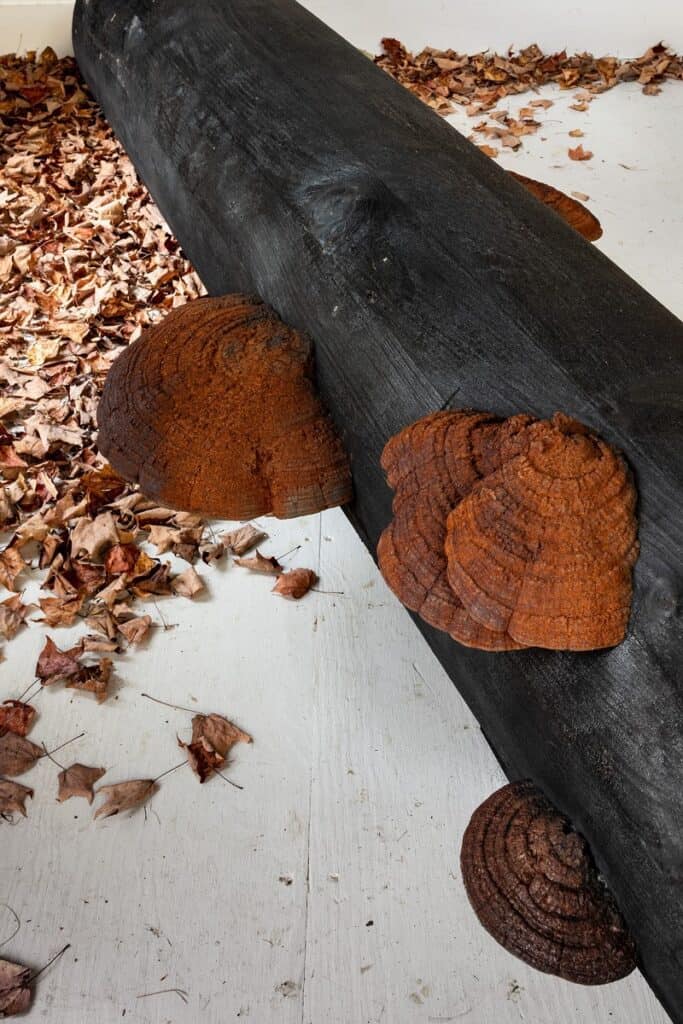