Arts In The Time Of Pandemic

“We have carefully devised a plan on how to proceed in the most responsible way possible, which includes following social distancing guidelines to ensure the safety of our performers and audiences.” And, so it began. The statement by Barrington Stage Company Artistic Director Julianne Boyd set the stage for the company’s online brochure detailing how a thoroughly dislocated summer season was about to be salvaged.

Social Distancing – The Dance Of Life 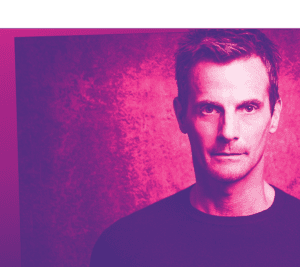 abide by social distancing regulations and still allow for music and dance to fill a summer day. This is the overview of the variety of ways that the creative community has responded to the COVID-19 pandemic— and it’s hardly exhaustive. In all cases, we urge visiting venue websites to gather details of programs — mostly online — some intended to be live but the inevitable modifications of schedules that have become a way of life. Social distancing will be the norm at any event that’s offered during the months ahead. Every effort is going to be made to keep attendees and staff safe, an effort that is challenging enough to have many of the summer season stalwarts reverting to virtual experiences through their websites, Facebook, YouTube, and Twitter.

Barrington Stage Company would love for you to attend an indoor performance of Harry Clarke or the outdoor production of South Pacific in August, with the caveat that you visit barringtonstageco.org well in advance to monitor the schedule and acquire tickets.

The Contained Beauty Of A Video Presentation

Pilobolous, the imaginative, energizing dance company based in Washington, CT, has announced their celebrated Five Senses Festival will proceed from July 31 to August 2 — from a distance. Drive by presentations, walking tours at a safe distance while artists perform removed from the audience and films screened for those safely ensconced in their cars are all part of the planned festival. In the meantime, they are presenting online classes at Pilobolus.org. 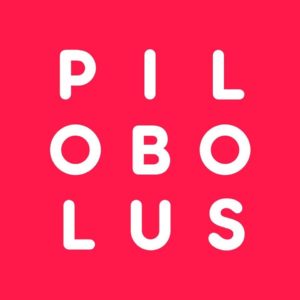 A stunning bonus for visiting their site is the 18-minute video of a 2019 performance of Gnomen. Originally created in 1997 in response to the death of a company member in the AIDS epidemic, the elegantly presented dance captures the anxiety, separation and grief so many are experiencing while offering a message of peaceful hope. The original score by Maine composer Paul Sullivan is soothing and uplifting.

Video projection is included in another local venue – Standard Space Gallery in Sharon, CT. Gallerist Theo Coloumbe has launched a weekend series of video projections placed in the front windows of the gallery, featuring video works by various artists Friday through Sunday evenings from sunset until 10pm. A socially distanced seat on the Sharon Green will provide an excellent view of each presentation.

The Play’s The Thing

Aside from the valiant efforts of Barrington Stage Company, other regional theatres are braving the pandemic with efforts to keep theatre arts alive. The Berkshire Theatre Group, with stages in Stockbridge and Pittsfield, MA, is soldiering on with expectations to open live performances in August. With Godspell on the schedule for early August presentation at the company’s original Stockbridge stage, followed closely by They’re Playing Our Song at the nearby Unicorn Theatre, the show will go on. As in every case, confirming any updates, modifications or ticket information at their website – berkshiretheatregroup.org is a must.

Sharon Playhouse, the resilient performance center in Sharon, CT, is equally positive in its projection of a limited, but live season. Plans 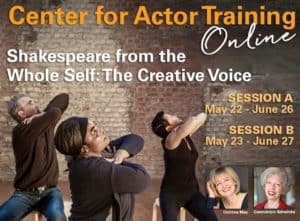 are still underway to offer an August staging of ABBA’s perennial favorite, Mama Mia! Artistic Director Alan Wager and Managing Director Robert Levinstein assure potential theater-goers that all protocols will be followed and social distancing will be closely monitored as the truncated season begins.

In New York State, the Ghent Playhouse Board of Directors found it most sensible to shutter the landmark production space for the summer of 2020 and look forward to being re-imagined in 2021. The same is true of The Mac-Haydn Theatre in neighboring Chatham, which has postponed their entire season of musical theater to 2021. 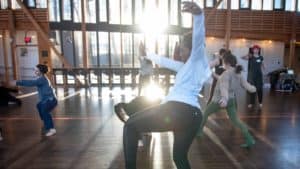 One of the earliest performance companies to cancel their entire season and look, hopefully, toward 2021 was world famous Jacob’s Pillow Dance Festival (jacobspillow.org). Like other organizations with rich archives of filmed and taped performances that span the decades of their productions, Jacob’s Pillow offers refreshing online looks at stellar performances past as well as interviews with the creative individuals who have made “the Pillow” an important part of their performance resume. The Jacob’s Pillow archives are world class, attracting scholarly interest year ‘round. For them to provide classical moments of dance and make those moments available keeps dance enthusiasts well connected to the legendary center and provides hours of entertainment and engagement.

Summer has long been the time of Hollywood blockbuster film releases aimed at a young, action-oriented audience. Ever since the release of Steven Spielberg’s cinematic interpretation of Peter Benchley’s novel Jaws struck fear of ocean swimming into the hearts of an entire nation in 1975, summer has been a time when studios released the films with the widest appeal backed up by advertising campaigns that rivaled the enormous spend of a political season.

With Hollywood keeping their big-budget films on the shelf while theaters are closed, local movie houses have been forced to resort to creative ways of sustaining an audience and sustaining an operation. Both Millerton, NY’s The Moviehouse (themoviehouse.net) and Great Barrington, MA’s Triplex (thetriplex.com) offer films that can be streamed for the price of a ticket. The films cover a wide range of independent releases – documentaries, dramas produced outside of the Hollywood system, and explorations of artists and their work. 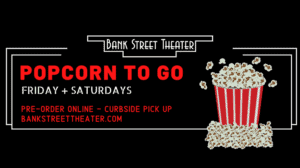 the next few weeks. As summer television slips into mindless re-runs and “reality” game shows with questionable social value, streaming an international film may be just the thing to fill a summer evening. For those who normally frequent the Bank Street Theater in New Milford, CT, (bankstreettheater.com) a visit to their site offers only one moment of respite in the current siege. On Friday and Saturday, from 3pm – 6pm, loyal customers can place orders for popcorn and pick it up curbside. A small comfort, perhaps, but a comfort just the same.

Another avenue to film viewing is the burgeoning Boondocks Film Festival that has segued from live screenings in eclectic venues where food and drink are readily available to “virtual” screenings and gatherings. More information on the Boondocks programs is available on their Facebook page.

With conviction and precautions in place, Five Points Center for the Visual Arts in Torrington, CT, scheduled a June 5th opening of its popular galleries. With gallery hours posted for Friday, Saturday, and Sunday from 1pm to 5pm and strict enforcement of protocols established to manage spread of COVID-19, the gallery will again encourage visitors to experience the range of visual arts that have come to 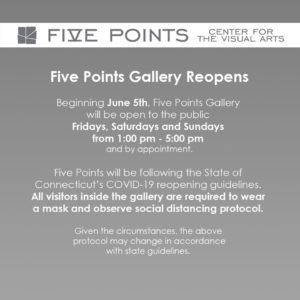 be expected of the ambitious project.

One annual festival that elevates the musical performance arts is still scheduled to dominate June 21st through the area. Make Music Day has become an international phenomenon since its inception in France in 1982. Free concerts. Thousands of them. Locations worldwide. Promoted, locally, by the Northwest Connecticut Arts Council (artsnwct.org) the listing of concert locations (most of the outdoors) and performers can help focus a Sunday in June and bring arts alive. Aside from the promotion of Make Music Day, the Arts Council is serving as a clearinghouse for information about the arts, arts funding, on-line classes and events – both live and virtual – that promote the arts and artists throughout the region.

Music In The Air

The annual pilgrimage to Tanglewood in Massachusetts brings the Boston Symphony, the Boston Pops, an array of classical and popular musicians to serenade the throngs set in “the shed” or sprawled on blankets and lawn chairs across the carefully trimmed field. From annual appearances by James Taylor to stunning presentations of great symphonies by the BSO, Tanglewood embodies the summer in the Berkshires. With the cultural and artistic world in a very different place in 2020, Tanglewood has joined the movement of those groups who are “going virtual” as the wait for the good news anticipated in 2021 continues.

From BSO at Home and Pops at Home to the upcoming 2020 Online Festival, concert fans will continue to have a full offering of great archival performances as well as new performances created within the virtual realm. Archival selections are free of charge. The newly created pieces will require payment, but the notion of bringing the laptop into the backyard of a summer evening and experiencing the mastery of the orchestras and performers is alluring. Information on all of the offerings is a bso.org. 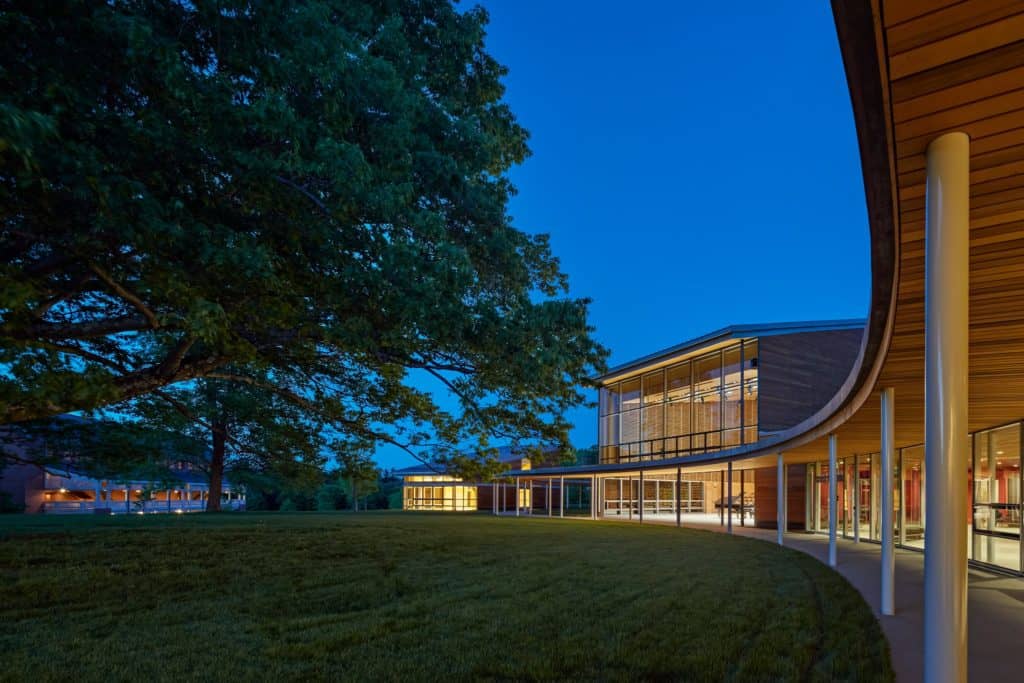 As announced, this is far from an exhaustive scan of the arts landscape in a time of isolation and uncertainty. It does, however, provide places to start the search.

One thing that will become apparent as sites are accessed, programs are identified, and schedules are drawn for potential late summer in-person activities is the “donate” button that appears prominently on most sites. Productions cost money. Staff need to be paid. Rent and mortgages have an unpleasant way of being due each month. For the arts to continue through the pandemic, remain creatively active and exist when the longed for relief appears and people venture out, it simply takes money. Not everyone who enjoys the arts, or finds joy in an occasional night out at the movies can afford to donate at this time. There are amazing artists – painters, photographers, sculptors , musicians, actors – who are struggling deeply to keep their life balance together while the battle against the virus plays out.

For those who can, however, the encouragement to donate … to give … to buy a piece of art, no matter how small, to purchase a gift certificate for a future show remains front and center. As Brenda Child, historian, author and educator wrote in a recent edition of The New York Times, “Art … allows us to survive.”