It’s not your typical summer fare. “B.R.O.K.E.N. code B.I.R.D. switching” currently on the Larry Vaber Stage at Berkshire Theatre Group’s Unicorn Stage in Stockbridge has intriguing music, engrossing visuals, superb acting and a grip on the audience that lasts well past a thunderous curtain call into the Berkshire evening. It is not, however, light, breezy, escapist or simply an evening diversion for the summer set. Elegantly directed by Kimille Howard, the play reaches into the soul and, once there, will not let go of the bits and pieces that make up all of our lives.

This starkly brilliant presentation of Tara L. Wilson Noth’s play swirls between racism, incarceration, loyalty, discovery, searing grief and unvarnished honesty. It is worth seeing on many fronts and well deserving of the National Endowment for the Arts grant award that has brought the play to Berkshire Theatre Group for its world premier.

The acting company is so well balanced, so deeply engaged in the characters that every soliloquy – and there are many of them – builds to the next, adds to the drama and invites the empathy of the audience. DeAnna Supplee is hypnotic as the young attorney drawn into what seems like a hopeless case – defending a young man (Justin Sturgis as Deshawn Payne) accused of murder. Her marriage to Mark (Torsten Johnson) has suffered a critical tragedy and as they drift apart, trying desperately to regain what was lost, both of their lives are complicated by the appearance of a plain-spoken, ethereal photographer (Jahi Kearse) and an aggressively ambitious attorney, played with carefully concealed aggression by Rebecca L. Hargrove.

Technical credits for live theatre are often overlooked if all goes well. If the audio is clear, the lighting focused, the sets functional and the props in place, things run as they should. The team assembled by director Howard for this production delivers far beyond the expected. David Murakami’s projection design has dramatic impact without ever being ostentatious. Michael Keck’s musical compositions and soundscapes hover above every scene with pinpoint accuracy.

As noted, this is not traditional summer fare. The language can be harsh. The issues are not comfortable. It is enveloping drama that speaks to our times, our conflicts, our emotions, our sadness. There is no happy, “deus ex machina” ending. There is, however, the well choreographed motivation to keep a conversation going. And, as for the title, it is the playwright’s device. There certainly is a “broken bird” and the profound struggles of “code switching.”

Theatre, at its best, will “change the way people think and behave.” This is that kind of theatre. 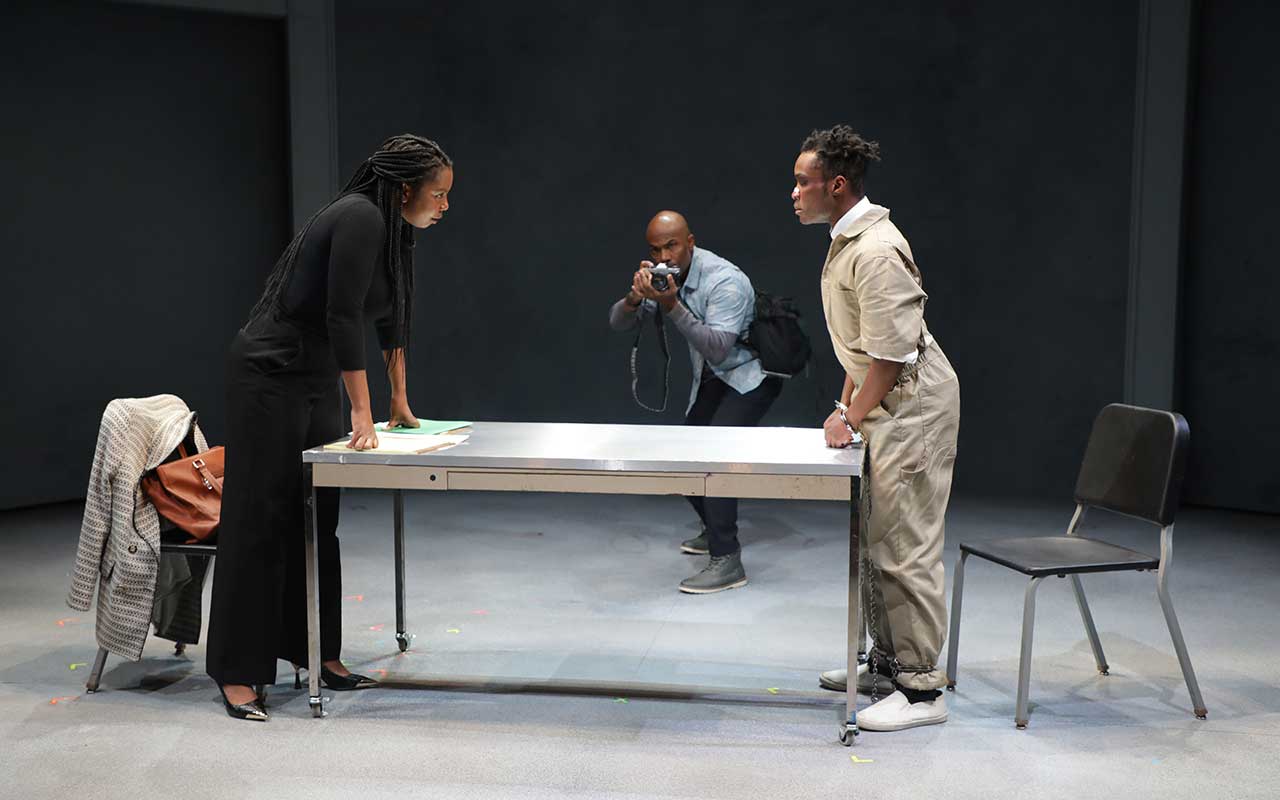