Mom has been watching The Bachelor since the shows inception 20 years ago (sorry fur aging you, ma). She’s purrobably the one who started Bachelor Nation she’s such a fan of the show. By default, purrimarily because I’m the only one who’s willing to watch each season as hopeless romantics take their journey to find love, I’ve become part of Bachelor Nation, too.

Don’t get me wrong; the show isn’t the same without Chris Harrison. After all, he purromised fur years each finale was the most dramatic, but honestly the new host, Jesse Palmer, delivered! What did you all think about the most dramatic finale in the history of the show last night? I was wide eyed and bushy-tailed, sitting on the edge of my seat, wondering who Clayton was going to make cry next and if he was actually going to find love.

At the start of each season, as the contestants exit the limo, Mom pays close attention and picks her “favorite”, rooting fur them the entire rest of the season. Want to know a fun fact? Her favfurrite almost always makes it to the end. Susie was Mom’s pick this season and that’s ultimately who Clayton chose in the end. I hope it works out fur them.

Poor Gabby and Rachel though. They really put their hearts on the line. At least they will get a second chance being the shows new Bachelorettes. Mom and I can’t wait fur next season to begin!

Where are all my Bachelor Nation furriends at? 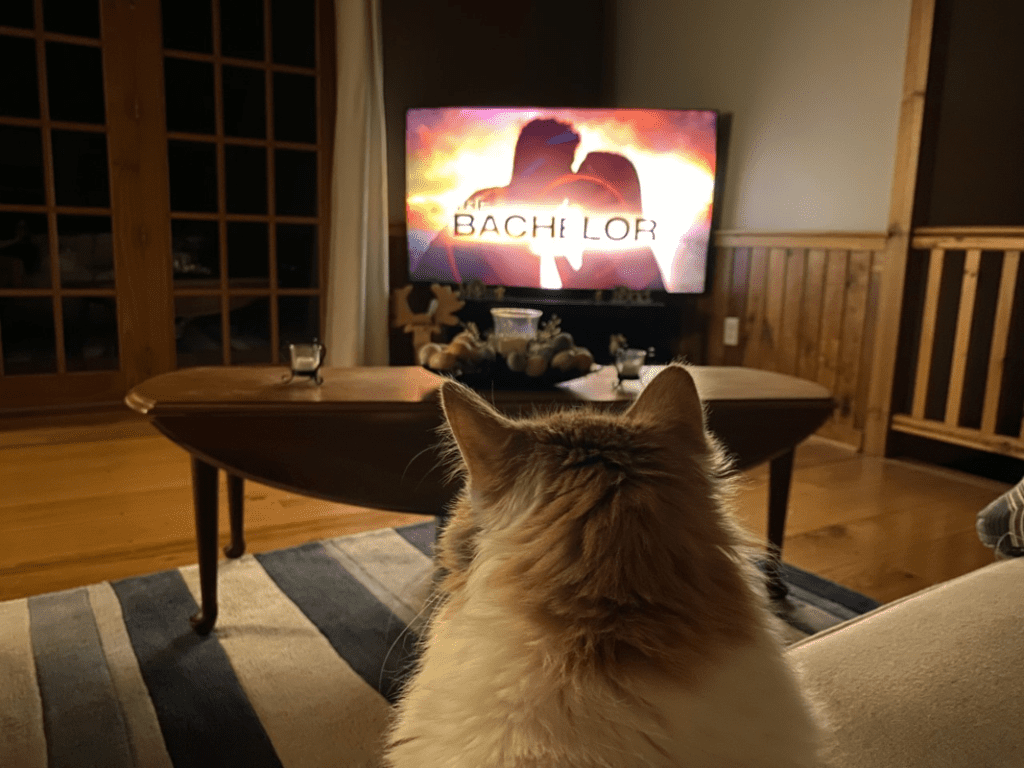