Given the rural nature of the Hudson Valley and its neighboring miles of countryside in both Berkshire and Litchfield Counties as well as the history of farming and agriculture that remains deeply embedded throughout the area, it’s hard to imagine the keeping of what would be traditionally describe as “farm animals” could be seen as something relatively controversial.

However, as more and more residents of Manhattan and the surrounding boroughs venture north toward the Hudson Valley and beyond, so too do their rural ambitions for a quiet life mixed with a hint of pastoral aesthetic, making for a sometimes difficult impasse for local town leaders. For most, the raising of chickens is wreathed into life in the Hudson Valley, a culture bred by the generations of farmers who have worked the land for centuries. As local communities continue to build up, traditions commingle with lifestyles that arrive with their own expectations. In 2017, the city of West Haven in Connecticut, through its Planning and Zoning Commission, cleared the way for residents to keep hens in their backyards, as long as their properties met certain requirements, to the joy of some and the dismay of others. According to an article from the New Haven Register, one resident said, “It’s not a good thing. It’s not prudent…how many eggs can you eat?” 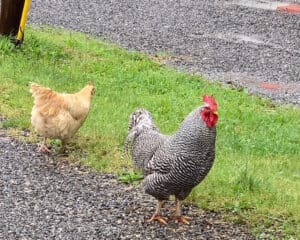 Clearly, the culture of residential chicken raising is more hotly debated in denser areas that play home to folks searching for something more agrestic. However, the further inland you travel, the more the attitude toward private chicken ownership seems to become inverted. The resulting sentiments of residents of local towns is as mixed as the populations themselves between both newcomers and lifers, at times ambivalent, at times contentious, but staunchly vague. Perhaps the most challenging question for local leaders might be—how do we manage this kind of thing?

In the Village of Millerton for example, an established code has been in place for decades and reads, “No person shall hereafter keep or harbor horses, cattle, sheep, swine, chickens or any other animals other than cats, dogs or similar household pets within the Village of Millerton without permission of the Board of Trustees. Permission shall be revocable at any time if it appears that the keeping of the animals in question is objectionable or offensive by reason of noise, smell or other cause.”  In a parallel to the “Backyard Chicken” movement, the city of Hudson, long viewed as the urban center of Columbia County, adopted a new exception for chickens last year. The exception reads, “Chickens may be kept in any zoning district within the City of Hudson subject to a conditional use permit issued by the City of Hudson Planning Board…”

For Millerton’s Mayor Debbie Middlebrook, the challenge of mitigating chickens in the village lies within balancing the area’s rural character, with the continued growth in residents who might not be used to the presence of fowl near their property. “While I know that residents can be disappointed that they cannot keep chickens (due to complaint), this is a small village with small lots and neighbors in close proximity to each other,” she says. “As a Board we have to consider the impact on those living near the chickens as well as the applicant.” For residents, raising chickens can become more than simply enjoying fresh eggs at home, chickens are a great way to help control insects (especially in the middle of a particularly bad tick season) and weeds while providing natural fertilizer, moreover for many, they become an extension of the home. “My (children) love our chickens, they have become as much a pet as a cat or dog,” says one area local. “Not only are they part of this area’s heritage, they become part of the family.” Another local relayed the joy chickens bring them saying, “We love our chickens. It’s so nice to go out and collect fresh eggs every day. We free range them during the day, so they also take care of the ticks in our yard. Plus, they make great pets for the kids.”

As urban and rural continue to mix in the Hudson Valley, so too does tradition with trend. The area’s melting pot has long been a boon to the local arts and small business community. But the subtleties of every day life are more nuanced, harder to capture and even more difficult to understand. The compulsion to escape from the hustle and bustle in favor of quiet country life can make it difficult for those traveling upstate to accept the small sacrifices that preserve tradition, as difficult as it can be for locals to see residential centers change in order to help the local economy. Chickens just might be the perfect symbol of compromise, “I wish I could have conversations with folks and neighbors about my chickens,” says one local who is danger of losing his flock due to complaint. “That’s the crux of this community, talking to one another. There’s an accord between what’s new and what has always been, we just haven’t discussed it yet.” 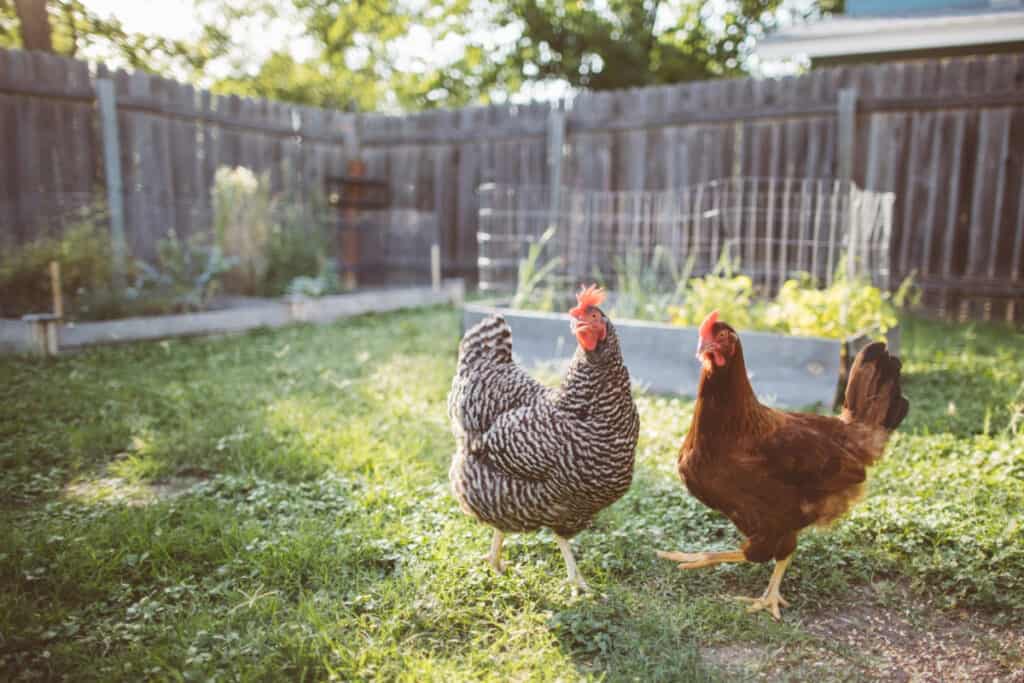