The Berkshire Food Co-op has announced Jessica Bosworth as their new general manager. Jessica brings over 20 years of grocery, leadership and management skills to the table and has already rolled up her sleeves ready to lead. Previously serving as the center store manager, she’s overseen steady growth in her departments and is ready to bring that same attention to detail to her new role.

“It was clear when the board of Directors announced their decision to the store managers and staff on Tuesday that Jessica has earned tremendous respect from her team,” said a co-op spokesperson. “The applause and energy in the store after the announcement was energetic, genuine and inspiring.” Jessica will be the first woman to lead the Berkshire Food Co-op as GM. She is an expert at materializing Berkshire Food Co-op’s mission to bring good food to everyone in the Berkshire community. Her relationships with local vendors span decades, and her leadership comes at a time when the Co-op is redefining initiatives to feature more local farms, producers and makers in less conventional ways. 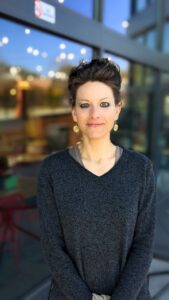 The Berkshire Food Co-op has its roots in the 60s and 70s, when local families came together to purchase better food at better prices. Though this met many families’ needs, this buying club didn’t include fresh produce or items that needed refrigeration. Those early leaders, many of whom were women, organized, raised funds, and worked tirelessly towards the goal of creating a cooperatively owned grocery store, which opened in November of 1981.

The Co-op has seen many transitions since its inception – beginning in founding members’ garages before moving to their first brick-and-mortar store on Rosseter Street, then to 42 Bridge Street (which involved the entire Great Barrington community), and on to the store they inhabit now at 34 BridgeStreet.

“We [the board of Directors] came together as one voice wishing to hire talent from within, recognizing that Jessica knows our culture, our ownership and greater Berkshire community,” said Board President Phyllis Webb in her announcement. “She is eager to empower her team, help us to grow responsibly, and make sure we are achieving our organizational ends.”