The Berkshire International Film Festival (BIFF) and Shakespeare and Company have teamed up to present what they are calling The Berkshire Drive-In; a Pop-up Drive-In summer series on the campus of Shakespeare and Company in Lenox, Massachusetts. The series will present films Thursday through Sunday evenings beginning July 23 and continuing through September 13. The series will present nearly 40 curated films including a unique variety of documentaries, narrative features, Sundance hits, Shakespeare-themed films, family films and award-winning animated films curated by Palm Springs International Animation Festival. 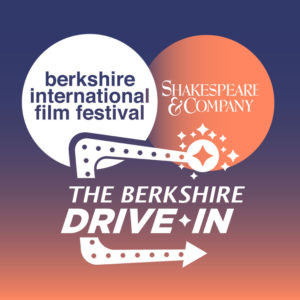 partnership with the Williamstown Theatre Festival. Saturday, July 25, they will present the moving and timely film Women In Blue and will close the weekend with an Award-Winning Animated Shorts Collection, in partnership with the Palm Springs International Animated Festival. “We are very excited to be partnering with Shakespeare and Company to bring this safe, fun and engaging entertainment to our community this summer,” says Kelley Vickery, BIFF’s founder and artistic director. “Our programming for this drive-in is a unique combination of timely independent documentary and feature films, some oldies but goodies—and Sunday night is family night. There is something for everyone and we hope our audience will not only be entertained, but also be engaged and inspired. At the same time, we are continuing to champion films that would have been at BIFF and films that are relevant for our time.”

Several of the films were selected to screen at the Berkshire International Film Festival this past May which was cancelled because of coronavirus. Gates will open at 7:30pm with show times at 8:30pm until August 15 when films will begin at 8:15pm. Guests will be asked to stay in their cars and vehicles will be parked 10 feet apart, an emergency bathroom will be available if necessary. Organizers say picnics are encouraged, and potential collaborations with area restaurants may be available for curb-side pick-up. Additionally, operations of the event will strictly follow all the CDC guidelines. “We are absolutely thrilled to be collaborating with BIFF on this drive-in movie project,” said Allyn Burrows, artistic director at Shakespeare and Company. “Kelley Vickery has such a great eye for curating fun and fascinating films, and for us it’s a great way to keep our property vibrant during this challenging time.”

The full lineup of films has been announced and can be found at biffma.org

Tickets are $15 per person (kids under 10 are free) and went on sale, Thursday, July 16 through the BIFF website biffma.org