Bodies in Motion – The Clark’s Rodin in the United States 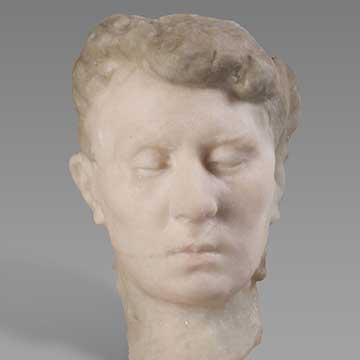 Inertia is a body’s tendency to stay in motion. That principle is captured in the sculptures and sketches of Auguste Rodin, on view now at the Clark Art Museum. The exhibition, entitled Rodin in the United States: Confronting the Modern, has two sides: the scholarly aspect, which meticulously documents the American patrons who sought to bring Rodin’s work to this side of the Atlantic, and the kinetic beauty of Rodin’s masterful work. Both are worthy reasons to get your body in motion to see this rare collection of Rodin’s art before it departs in September.

The exhibition is a journey through Rodin’s body of bodies, expressively gesturing, pensively thinking, purposefully striding, erotically embracing, and resolutely facing what’s to come. This expressiveness and an untethering from classical sculptural techniques and themes attracted American patrons’ attention. Supporters and admirers, particularly women, including Katherine Seney Simpson, Loïe Fuller, Alma de Bretteville Spreckels, and Jules Mastbaum, worked tirelessly to establish Rodin in the US and to bring his work to the public.

The same holds today for this show. Numerous museums, cultural institutions, and collectors from across the country have loaned Rodin sculptures and drawings, lending credence to the importance of this show. International Rodin experts, including the exhibition curator Antoinette Le Normand-Romain, and The Clark leadership and curatorial team researched and culled Rodin’s work to document his impact on sculptural art in this country.

The works on display are the legacy of those collectors who acquired Rodin’s art for personal collections and then bequeathed those pieces to museums for the public to enjoy. While pursuing their priorities and tastes, these admirers of Rodin’s work established him here and led to a presence of his work in art institutions across the country.

Fulfilling The Clark’s twin mission as both an art museum and center for art research and scholarship, the show weaves a narrative backdrop that examines the arc of Rodin’s appeal in the US and the collectors who brought him here.

Rodin’s work is grounded in appreciation and deep knowledge of classical sculpture themes and methods. However, his work breaks that mold in pursuit of dynamism. Many of his sculptures, such as The Walking Man, Female Figure, Half Length, and, Iris, Messenger of the Gods, are yearning to move and break free from the bronze that holds them. According to Clark’s communications director Vicki Saltzman, they seem to defy gravity; in fact, significant engineering feats beneath the plinth assist in keeping them anchored and upright.

Many of Rodin’s sculptures are fragmented. What time wrought on classical sculptures removing heads and arms, he purposefully molded. The absence of extraneous limbs diverts that energy into the remaining ones and focuses the viewer on the motion Rodin conveys.

You’ll find this on full display in The Walking Man. Without head and arms, this statue’s forward momentum is the focus. The mottled and unfinished torso stands in contrast to the sinewy, smooth, and powerful larger-than-life legs.

Other sculptural busts seem reminiscent of Michelangelo’s slaves, emerging from rough-hewn marble. These interpretations, such as Katherine Seney Simpson, Thought, and Ceres, are complete in their incompleteness.

The most poignant example of the technique is Christ and Mary Magdalene. They are married to the marble in a moment so tragic and personal that you become a voyeur. While rough and unfinished, it is also profoundly detailed, with individual strands of Mary’s hair falling over her shoulder and the nails impaling Christ’s hands in the stone.

The show also displays a collection of Rodin’s sketches. Scattered in the hands of art museums and collectors, these quick drawings and washes create an impact and convey movement and fluidity. One sketch is a collage, a technique he used that Saltzman described as “sculpting with scissors.” Rodin would mount paper on paper, cutting and posing the figures. Fifty years later, Matisse would adopt this technique after viewing Rodin’s versions earlier in his career.

Rodin’s sculptural method included a technique known as assemblage. Think of this as your word processing “copy and paste” function applied to sculpture. His studio contained a library of plaster and clay body parts that he would reuse and assemble in different sculptural poses.

Several of Rodin’s plaster studies of hands, of which he was a master, show his gift of imbuing emotional expression in fragments, such that those fragments themselves become complete works of art.

This approach of creating these focused plaster studies detached from an entire body required him to drive all the emotional force into that hand, foot, or torso to allow it to speak for the whole. When these parts are combined and assembled into a sculpture, the synergy is decisive and expressive.

The exhibit also demonstrates Rodin’s facility in creating on a small and large scale. His table-top statues translate motion as energetically as his large-scale works. The largest of the show’s sculptures is The Thinker. Even while sitting still, this statue vibrates with the force of mental movement. The tensed calves and torqued torso with an elbow resting on the opposite knee suggest hulking power and focus. It makes you want to know what’s happening in that bronze head.

The medium is the message

Rodin created plaster and clay casts for his marble and bronze statues. Here, he exerted the full force of his creativity and genius. For the execution of these works, Rodin relied on foundries for bronze and expert carvers for the marble, which he meticulously oversaw. He was mindful of how the medium reflected light and created shadow, critical aspects of sculptural art.

He also experimented in other mediums, including pâte de verre, a paste made from ground glass that is brushed into the mold and fired. The Mask of Rose Beuret, later Mme. Rodin, his longtime companion and wife, glows with a rosy luminescence of the tinted glass, which gives her a natural but somehow otherworldly complexion.

Night at the museum

The Rodin exhibit spans several rooms that flow into each other. Diving deep into one sculpture in an intimate 360°-relationship is captivating. Still, it’s also fun to pull back and look at the exhibit as a whole. Pretend you’re in Rodin’s studio, which you can see pictured in the gallery in all its chaotic and messy glory.

Scanning the rooms, visualize the movie Night at the Museum. You can imagine dusk falling, and the statues are about to come to life. You can see Jean D’Aire, the subject of A Burgher of Calais, trudging through the gallery to his fate, or the muscular soldier in The Age of Bronze, relaxing from his pose and shaking his limbs.

Come for Rodin, stay for the day

If you haven’t visited The Clark, let this exhibit be the reason for an excursion. The drive is easy and scenic. The museum’s size and scale are a Goldilockean “just right.” Yet, its collection is well-documented and varied, with more than enough to keep you engaged.

After you see Rodin, stay a while. Get a delicious bite at the adjacent café – viewing art is hungry work! Then explore its diverse collection of paintings and decorative arts. Schedule your visit around a guided tour or performance that regularly dots the Clark’s calendar. Take a hike – literally. Beyond the glass walls and reflecting pool is a tangle of well-marked and accessible hiking trails. Your walk culminates in a panoramic view of the valley below. Finish up with a visit to the artfully-curated gift shop, where you can purchase the gorgeous and informative Rodin exhibit catalog and other mementos of your day.

Rodin in the U.S.: Confronting the Modern is a rare artistic opportunity on your doorstep. Get to it soon because once might not be enough, and then it will be gone with all the works retreating to their home institutions. This exhibit deserves a place on your summer bucket list.

Find out more about The Clark Art Institute and the Rodin in the “U.S.: Confronting the Modern” exhibit at www.clarkart.edu, which runs through September 18, 2022. 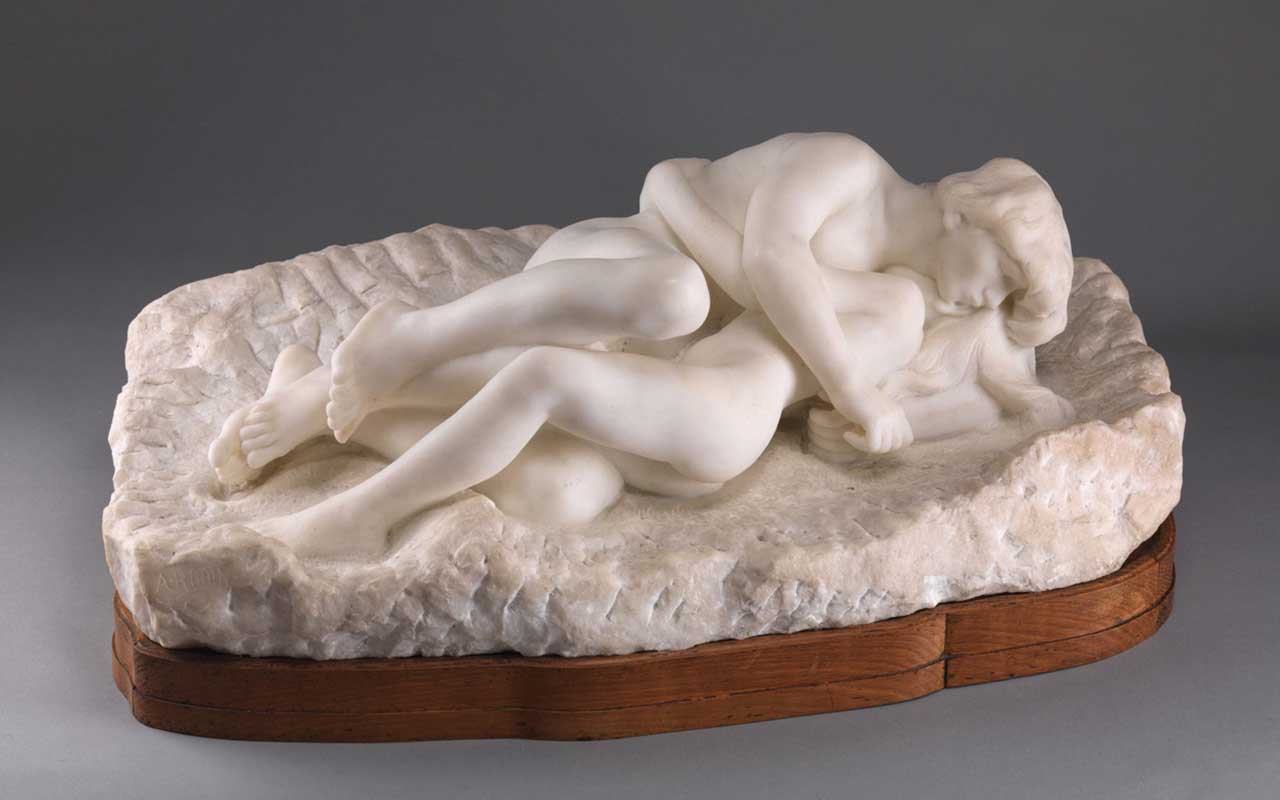