“I did what any potter would do. I picked up the vase to see what mark it had.” Jane Herold is laughing while she recounts the story of her fateful appearance in the dean’s office at Sarah Lawrence College when she was an undergraduate. “I didn’t realize there was water in the vase … which then spilled all over her desk.”

Arguably, spilling water over a dean’s desk is not the suggested way of making a grand impression. Somehow, however, the ensuing watery chaos did the trick. Jane Herold had been admitted to the pottery program at Sarah Lawrence – the original goal of her appointment – which had been a bit of a “long shot” since she was requesting an exemption from the normal academic progression. “From then on, I never looked back.”

Jane Herold did not come from a long line of artists and craftspeople. Her affection for ceramics emerged during her college years and grew exponentially as she graduated and forged a career. “When I walked into the ceramics studio at Sarah Lawrence, I truly felt that the artists working there were very special people. I wanted to be a part of that more than I had wanted anything in my entire life.” By chance, there was a single opening in the pottery program during Jane’s freshman year. It was that bit of serendipity that took a freshman into the dean’s office to make her plea for admittance – spilled water and all. 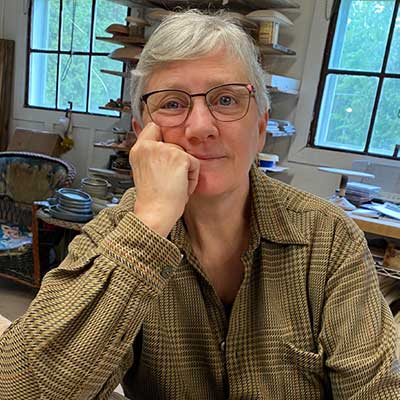 “I apprenticed with Michael Cardew in Cornwall, England after college,” she recalls. Cardew, a celebrated studio potter who worked in both his native England and in Africa was highly regarded as a teacher and mentor, sharing the British studio pottery ethos of making functional pottery and sourcing the artist’s own materials to ensure being engaged at every step of the creative process.

It is functional pottery that has become the great specialty of Herold, as she has developed a loyal following among restaurateurs as well as private collectors for the hand-thrown tableware that she makes. Among regular customers are restaurants in New York, Chicago, Washington, DC, Boston and Vancouver, Canada. As the COVID-19 pandemic had its crippling impact on the restaurant industry across the country, Jane was encouraged by the local residents who found their way to her studio to select and order pieces for their own daily service and special occasion.

“I’ve been honored to have my pieces used in restaurants that hold Michelin stars and been used when chefs gather for their own unique celebrations. ‘Everyone is eating off your plates’ is about as high a compliment as I can receive,” Jane notes with all modesty. The understated elegance of her work, however, speaks for itself.

“I mix my own clay and create my own glazes,” she recounts. “I carefully select and wash ashes to become part of the finished pieces, creating unique colors that, frankly, are designed to make food look grand.” Herold creates pieces on traditional “kick” wheels and fires in a gas kiln that she carefully monitors to ensure consistent color for her work.

“I like working in series,” she comments. By working within the confines of dinnerware, she has been able to fine tune her designs. “They’re atmospheres,” she professes. “The service creates the foundation on which the meal is built and presented.”

Jane and her husband, artist Robert Adzema (featured in our September issue), live in West Cornwall, CT, and share a large barn that provides studios, workspace, and a showroom for their work. Several years ago, they acquired a second home on Cape Bretton Island, Nova Scotia, Canada which has become a traditional summer retreat. “We love swimming in the ocean and living in the rugged landscapes of the Cape.”

Before moving full time to the rustic corner of Connecticut, the two had spent years living in the Sneden’s Landing artist colony created on the Palisades, NY, property of Grace Knowlton. “We were surrounded by art, everywhere, and it made a tremendous impact on us.” Knowlton, best known for her sculptural spheres has been widely collected with pieces on exhibit at Art Omi in Ghent, NY, the Storm King Center, on the campus of the Cathedral of St. John the Divine in New York City, and the Corcoran Gallery of Art in Washington, DC.

Clay Way – the opportunity to become immersed in pottery

During the weekend of October 16 and 17, 2021, Jane Herold’s studio will be one of nine studios open for the annual regional pottery tour known as Clay Way. “Clay Way gives us all the opportunity to show our work, engage visitors with the process of creating ceramics that range from the functional for daily use to the decorative that can add the right touch to a room.” Jane Herold will welcome two guest potters, Alexandria FitzGerald and Steve Johnson who will exhibit their work alongside Jane’s.

Among the other ceramic studios in western Connecticut that will be welcoming visitors from 10am to 5pm both days will be Joy Brown’s studio which will present not only her widely celebrated pieces (her heroic figures grace several spots along Main Street in Kent, CT), but works by Deb Lecce and Naoko Ojio. Alison Palmer’s studio, also in South Kent is the location where, along with Alison, Missy Stevens and Kathy Wismar will also exhibit their work. At Todd Piker’s Cornwall Bridge Pottery, Todd will welcome Sanah Petersen and Kelly Potter to join him in exhibiting their work. In nearby Washington, CT, Will Talbot will welcome visitors at his Bell Hill Pottery.

The tour reaches into nearby New York State, as well, with Amy Brenner hosting Kathleen Heidemann in her studio, Drew Montgomery opening his studio and Ann Heywood holding open studio hours in her pottery, as well. All three artists are in Wingdale, NY.

Designed as a self-guided driving tour of the studios mentioned, Clay Way provides downloadable maps and images of the various potters’ work on its website, clayway.net. If your curiosity urges you to visit studios, see exciting work and engage in dialog with the artists, be sure to include Jane Herold’s West Cornwall studio on your itinerary so you can experience where the dream has taken her.

Jane Herold’s work can be seen in person, or by accessing her website janeheroldpottery.com. 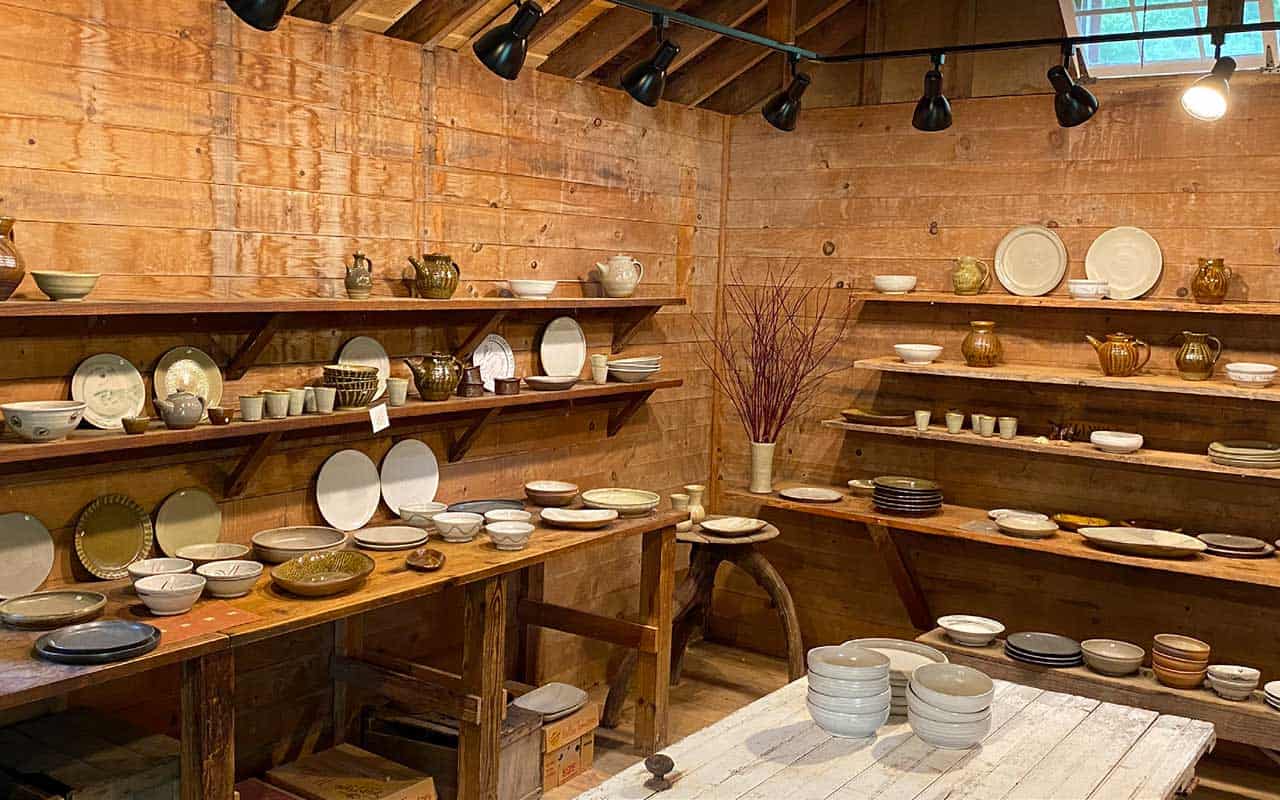