Meeting photographer Tom Zetterstrom in his Canaan, CT, home is instantly reminiscent of encountering Henry David Thoreau’s explanation for why he established a cabin in the woods overlooking Walden Pond and spent over a year of his life among the maples, pines, and elm. “I went to the woods because I wished to live deliberately, to front only the essential facts of life, and see if I could not learn what it had to teach.”

What Zetterstrom has learned from his lengthy sojourns in the woods … from his Connecticut home to the towering forests in the Rockies, the lush rainforest of Costa Rica, and the wind-blown plains of mid-America is a devotion to trees and the stories they tell.

Son of an arborist who had been an Olympic skier, Tom graduated from high school and journeyed to Colorado College in pursuit of a degree in botany, a direction that quickly morphed into a degree in sculpture and photography. 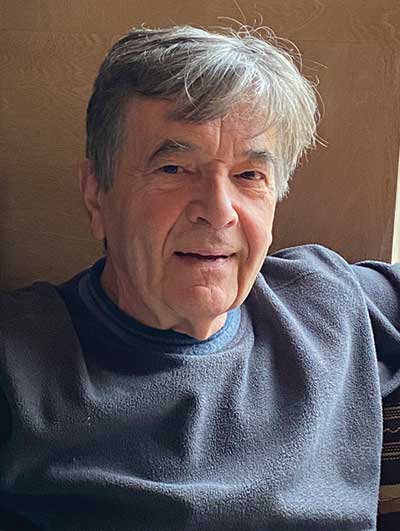 Back on the East Coast, graduate school was in his planning until the towering visage of the Vietnam war overshadowed his life. Pursuing what was identified as “alternate service,” Zetterstrom found himself in Washington, DC for a two-year stint teaching and mentoring citizens who used photography as a viable means of emerging from social and economic despair.

Urban photographer
A recent reunion of the stellar faculty of artists, filmmakers, photographers, and writers who shared their estimable talents with those citizens has been captured as part of a museum event, A Right to the City, which continues to run at the Smithsonian’s Anacostia Museum through April.

“I became an urban photographer,” reminisces Zetterstrom, recalling the two-year effort in the 60s that ultimately yielded a collection of 300 of his photographs – a collection recently acquired by the Library of Congress.

Two years of service completed, Tom returned home, taking occupancy of a cabin in the woods on the family property overlooking an abandoned quarry lagoon. It was his own, private cabin on his own Walden Pond. Surrounded by trees and increasingly fascinated with the drama and texture of his subjects, his portfolio work began, brought to almost luminous life in the dark room he established in his parents’ basement.

Photographs as social commentary
Professional opportunities seemed to materialize as Zetterstrom took his place as a permanent resident in the Northwest corner. Activist/attorney Ralph Nader was tapping into the social consciousness through his writings and advocacy. The Winsted, CT, native partnered with activist and eventual member of the US House of Representatives Toby Moffett to form the Connecticut Citizen Action Group.

Ecological issues were at the forefront of the group’s activity and Zetterstrom soon became the photographic recorder of issues and concerns. When the widening and re-routing of US Route 7 into “Super 7” was proposed, Tom created a series of striking images that presented the negative impact of the road construction if completed. “Super 7” was defeated and Tom realized that he had gained a new and lasting title – “Citizen Artist.”

Environmental issues specifically related to the preservation of the region’s forests had become an intense focus for Tom, and the project that had, over the years, become Portraits of American Trees. 36 of the gelatin silver prints created in Zetterstrom’s basement dark room were to appear from April 3 through May 31 at the Leonhardt Galleries of the Berkshire Botanical Garden in Stockbidge, MA, but has been rescheduled (go to Tom or the Botanical Garden’s websites for new dates). The images are nothing short of striking, and the impact of delving into the “portraits” is to become intrigued with form and texture and, in some cases, tragedy.

The twin oaks
A familiar sight for many years greeted travelers motoring between the Hotchkiss School corner and the town of Sharon, CT. Off on the hillside, set between the road and the vista of Mudge Pond and the Hudson Valley beyond stood two mighty oak trees – the “twin oaks” as they became known. Standing in an otherwise well trimmed field, they had been allowed to hold their places amid the expanse of the field.

Many a photograph had been taken of those two stately trees when Tom Zetterstrom decided to capture their portraits for his collection. When one of the trees was struck down, leaving its nearby partner alone, Tom’s lens caught the feeling of abandonment. And, when the seemingly inevitable happened and the remaining tree simply gave up, he was there to capture the tragic result.

Trees in stark winter profile, close-ups that explore in brilliant sculptural detail of gnarled bark, a lone tree at the top of the infamous Donner Pass, they have all been subjects of Zetterstrom’s portraiture.

And, what Tom Zetterstrom has seen over his decades of photographic precision has not merely found its way onto photo paper, carefully printed, and hung in galleries. It has resonated in his soul.

Activist
“I remember coming home from college and working with my Dad during the summers,” recalls Zetterstrom. “We seemed to spend a great deal of time taking down dead elm trees. Dutch Elm Disease was laying waste to great numbers of the majestic trees.”
And, the consciousness and the personal investment began. Tom felt the deep frustration of watching the native forests become decimated by the disease that spread across the country after the accidental introduction of the elm bark beetles. In 1999 Elm Watch was formed, a Massachusetts not-for-profit organization dedicated to preserving and protecting the elm trees throughout the region.

With trees such a critical part of the natural eco-system, it was only logical that Tom’s interests and energies by broadened to include preservation of the natural environment. As he is known to quote in presentations made with full illustration created with his cameras, “nature is no longer self-sustaining …” and the recognition of that fact is motivation enough to continue his activism.

As his photographs can clearly illustrate, the role of invasive species in the New England and surrounding New York landscape in the slow by steady destruction of the forests has become the basis of a widely delivered presentation … Whose Woods These Are. With the inversion of a quote taken from the first line of a Robert Frost poem (Stopping by Woods on a Snowy Evening), Zetterstrom lectures passionately about retaking the intricate beauty of the woods from the “Three Green Aliens.” His devotion affirms one of the final lines of Frost’s well-known poem, “The woods are lovely, dark and deep…”

Museum collections
Tom Zetterstrom’s photographs have been acquired by museums across the country. Beyond the Library of Congress acquisition, his work is in the permanent collections of 37 museums including The Boston Museum of Fine Arts, the Corcoran Gallery of Art, the J. Paul Getty Museum, The International Center of Photography, and The High Museum of Art in Atlanta.

Zetterstrom’s photographic explorations have taken him far afield, to study The Faces of China and to memorialize White Russia among others. With echoes of Thoreau still in mind, it may be fitting to offer the conclusion of “Walden” to represent the wanderings of Tom Zetterstrom. “I left the woods for as good a reason as I went there. Perhaps it seemed to me that I had several more lives to live and could not spare any more time for that one.”

Beyond the Berkshire Botanical Gardens exhibit and accompanying lectures, Zetterstrom’s work can be explored on his website, www.tomzetterstrom.com.
Are you an artist and interested in being featured in Main Street Magazine? Send a brief bio, artist’s statement, and a link to your work through the arts form on our “arts” page on our website. 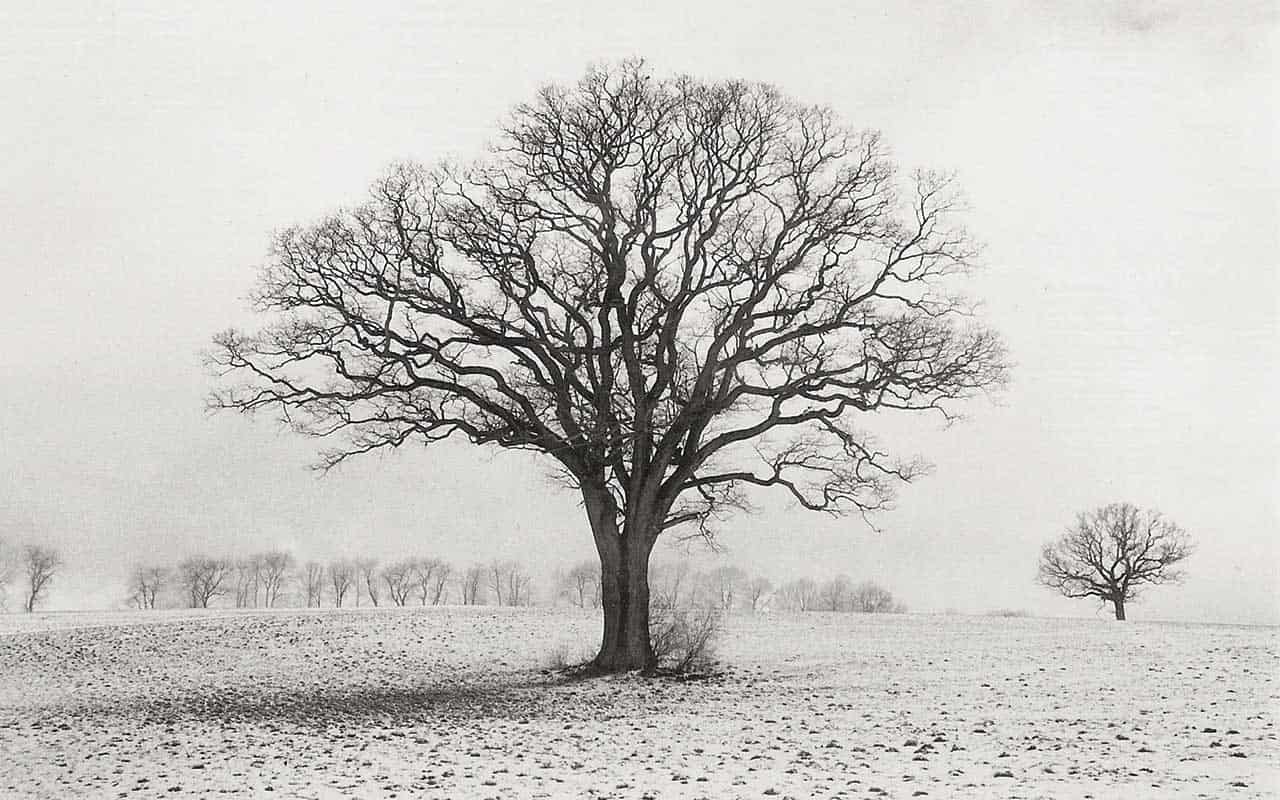