Confessions of a Short-term Biohacker 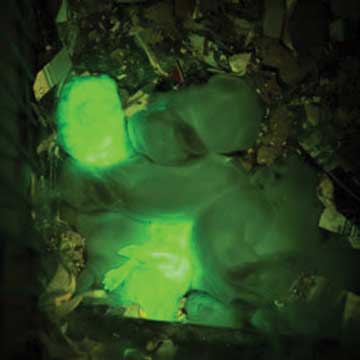 At some point six years ago, I found myself in a routine. Even more than a routine, my early morning breakfast had become a kind of ritual bordering on obsession.

Coffee from freshly-ground, single-source African beans, filtered with a Chemex, served in the same American-made, handmade mug, and an English muffin, one half peanut butter and the other half (always the top half) Nutella.

I tried breaking out of the rut – I really did – but on those few occasions when I ran out of English muffins, I had disastrous days at work and recommitted myself to my ritual like a lapsed Catholic. There was solace in knowing that whatever the day might bring, I could control the quality of its beginning.

But 261 mornings of Nutella and processed carbohydrates (I allowed myself to stray on the weekends) isn’t the healthiest year of breakfasts, so when I heard about the promise of Bulletproof coffee, I was intrigued.

Marketed by Silicon Valley biohacker Dave Asprey, the recipe is simple: blend a tablespoon or two of grass-fed organic butter and a tablespoon of his patented Brain Octane Oil into your morning java, and you will have more sustained energy, greater mental focus, and lose weight in the process. Pardon the pun, but Bulletproof coffee sounded like a magic bullet.

Not wanting to rush into a change after six years of allegiance to Thomas and his muffins, I tested the waters on a Saturday morning. Butter makes everything taste better, and coffee is no exception: blending it produced a delicious, latte-like foam. But this “Brain Octane Oil” seemed like snake oil to me. As I read up on it, most of my research circled back to Dave Asprey’s blog on his own Bulletproof website. So where science seemed silent on the claims, I decided to conduct my own experiment. Suddenly, I had become a biohacker.

What exactly made me a biohacker is a bit open to conjecture. The term encompasses a couple of approaches to “DIY” Biology: according to Asprey, “there are two perspectives on biohacking. One is that biohacking is something you do to biology, outside of yourself; you’re going to change a cell; you’re going change an amoeba and make it glow in the dark. The other perspective on biohacking, the one where I spend my time, is that you can hack your own biology, and you can gain control of systems in your body that you would never have access to.”

My foray into Bulletproof coffee seemed less like biohack and more like diet, really. I would categorize it alongside low-carb, gluten-free, protein-heavy diets that all have had their moments in the sun. In fact, however, Asprey is advocating a ketogenic diet, which shares similarities with those diets but instead attempts to induce ketosis, a metabolic state in which the body turns fats into ketones in the liver. Ketones provide fuel for the brain and lower insulin and blood sugar levels, spelling fewer spikes in blood sugar and more sustained energy. In other words, using more butter and fats in my morning java seemed to check out.

As for his “Brain Octane Oil,” I experimented with his less expensive and more generic offering, MCT oil (or XCT Oil under Bulletproof’s branding), which is sold at specialty markets in our area such as the Berkshire Co-Op or Guido’s Market. MCT oil (short for medium-chain triglycerides) is derived from coconut oil and differs from other kinds of fats in that it bypasses the gut and goes straight to the liver where it, too, encourages ketosis.

The various benefits of MCT oil such as weight loss, improved brain function, lower blood sugar, and more sustained energy have been modestly confirmed by medical studies, although the testing has been limited in scope and duration.

I didn’t have an extensive body of research to support the introduction of MCT oil into my diet, but frankly, a peek under the hood of most diets reveals a paucity of longitudinal evidence. While nearly every diet advocates the use of locally-sourced, organic, whole foods, the complexity of our bodies alters the effect of any single food item. Metabolism, activity levels, stress, allergies – all of these impact our internal chemistry, and it makes sense that we will all need to adapt our diet to our unique physiology.

How technology can help keep tabs on our bodies

Fortunately, we live in an era when it is easier than ever to access the tools to inform ourselves about biological decisions and to measure the impact of them. With the addition of an EKG function on the new Apple iWatch, consumer technology can monitor more biological functions than ever before, and paying close attention to them can allow anyone to gauge the impact of changes to their lifestyle. With the iWatch alone, individuals can track sleep patterns, heart rate and electrical activity, exercise duration and intensity, and overall levels of activity throughout the day. It even helpfully summarizes that data on periodic bases to identify shifts in our lifestyle.

Technology is also central to biohacking. This can mean something as low-tech as wearing sunglasses in the evening to block sleep-stealing blue light or something as advanced as fiddling with DNA to encourage muscle growth or to concoct home-brewed disease treatments.

Somewhere in the middle, technologically-speaking, are biohackers who have experimented with implants ranging from magnets in the fingertips to antennae that allow the user to receive phone calls inside his head. The dangers of these activities are obvious, but beyond just allowing individuals to tinker with their own genetic makeup in a garage, the availability of scientific tools such as centrifuges and thermocyclers, coupled with easy access to DNA sequencing information on the internet, creates the potential for misuse. A team at the University of Alberta recently developed horsepox, a previously extinct relative of smallpox, from materials gathered from the internet with relatively little attention from federal regulators or authorities.

Thus we find ourselves in the world of James Bond villains and box office thrillers, but the reality is truly concerning. And promising.

In the right hands, this technology not only gives us rabbits that glow in the dark with jellyfish DNA, but the ability to graft desirable traits from one organism to another that will one day allow us to intervene on hereditary illnesses. That day is coming, inevitably at this point. The question is whether it comes from the lab of a major pharmaceutical company or from your neighbor’s garage.

But let’s step back from the cliff to my own kitchen, where the Bulletproof experiment has been running for over two weeks. I’ve cut out my morning English muffin ritual every day, and I have not lacked for energy and focus, although my mid-morning snack has moved to 9:30 instead of 10. I haven’t lost weight, but I feel better – enough to explore the prospect of going full Keto. I don’t deal well with rule-heavy diets – and a ketogenic diet is that – but having mostly eliminated carbs and gluten from my diet, it won’t be a huge stretch to focus on the organic, “clean” foods required by this regimen. I even bought a Bluetooth-enabled scale that tracks my weight, BMI, and body fat percentage, allowing me to track these indicators in an app.