Could Climate Change Be Good?

Researching the impact of climate change on real estate values in our area seemed like a great idea with a clear answer. There’s no doubt that rising temperatures and extreme weather events will increasingly impact human life on Earth, from the historic fires in California and Australia to snow in Houston. But locally, where, what, how and when will climate change affect real estate values and our lives?

According to National Oceanic & Atmospheric Administration (NOAA), 2020 ranks as the second hottest year for the planet, knocking 2019 into third place. In the Northern Hemisphere it was the hottest year on record, 2.3 degrees Fahrenheit above the 20th century average. In the Northeast, annual precipitation has increased by 3.3 inches over the last 100 years, and the number of 2+ inch rain events in 48 hours has risen 67% since the 1950s. These heavy rains create localized flash flooding, stream bank erosion, and storm damage. At the same time precipitation patterns are changing with less rainfall predicted for summers, leading to the seasonal droughts we’ve experienced recently.

Looking at the longer term, the specific impact of climate change on real estate values is interwoven with many other factors that affect price. How else to explain exploding prices in Miami already endangered by rising sea levels, or the doubling of home prices in ski resorts like Vail and Aspen despite predictions of less and less snow?

Factors other than climate change will also affect our regional real estate market in the future. Will New York City remain the economic engine that fuels the housing market within a hundred mile radius? Could our local economy become stronger and add attractive jobs or will gradual population declines continue? What will mass migration from inundated coastal areas mean? Will mortgage interest rates remain low? Will zoning changes permit more new housing construction and increase available supply? Will income, property and school tax rates continue to rise, making the cost of owning a home even more expensive?

Currently New York is experiencing the flight of the super wealthy from the city for low tax states like Wyoming and Florida. With rapidly rising government deficits and increased federal spending, will interest rates and inflation return? Will there be foreclosures after the COVID mortgage moratorium expires? Will prices decline after the COVID threat decreases? Will our region remain attractive to buyers despite its relatively expensive cost of living and harsh winters – even if they become a little warmer and shorter? Over the short-to-medium term many of these other issues will outweigh the impact of climate change.

The Northeast will be less affected by climate change

The good news is that, relatively speaking, the Northeast is less vulnerable to climate change than the rest of the country. Climate Central, a group of scientists and researchers, recently put together a climate change risk index by state based on five major categories: extreme heat, drought, wildfire, coastal flooding, and inland flooding. Vermont had the lowest risk with a score of 30 followed by New Hampshire and Massachusetts. Connecticut placed ninth and New York, despite the danger from flooding in New York City and on Long Island, was in the middle of the pack. With a score of 308, Florida would be most affected by climate change. A break-out of these statistics is available at https://www.safehome.org/climate-change-statistics/.

Weather has always been farmers’ biggest threat. For them the effects of climate change have already arrived for better or worse. “To be honest, we’re clinging to the life raft,” said fruit farmer Elizabeth Ryan of Breezy Hill Orchard, about climate change. “It’s hard to pivot fast enough.“

In a region that historically has had stable temperature and weather, last year’s seven days of frost while apple trees were in bloom, followed by a summer drought, created huge losses for perennial crop farmers. High temperatures caused pigment damage and turned apples brown or pink instead of red. Increased pests, disease and weed pressure added to these farmers’ woes.

For crop farmers in the Hudson Valley and Taconics, climate change has brought a longer growing season. In the 30 years that Keith Stewart, organic farmer and author, has been growing vegetables, the season has increased by three weeks. That means increased volumes of high-value, tender crops like tomatoes and basil in the summer, and an extended harvest for hardier crops like broccoli, kale, and cabbage. The longer, warmer seasons have also meant more lucrative farmers’ markets.

Adaptation to combat the effects of climate change on agriculture is expensive, slow, and uncertain. Farmers are diversifying their crops and locations as the temperature zones shift. Hardiness zones are moving north in the US at 13 miles per decade. Orchards can be replanted with hardier varieties – although the outcome is never certain. Large wind machines costing around $10,000 each can protect fruit trees from killing frosts – up to a point. Hail netting, already used in Italy and the Netherlands, can shelter crops during storms. Vineyards are considering installing drip irrigation to combat droughts. More food is being grown in high tunnel green houses to control the environment, but energy costs are high.

Cornell University College of Agriculture and Life Sciences and the EPA predict that warmer temperatures and a longer growing season will increase soybean yields but reduce corn yields, New York’s most important crop. The same is true for other high value crops like apples, cabbages, and potatoes. All are vulnerable to heat-induced crop damage and losses. Higher temperatures also lead to lower milk production and beef output, which together account for half of New York State’s farm revenue. Faced with crop losses, many farmers have no choice and are reluctantly giving up and selling their land to real estate developers endangering our region’s agricultural heritage and impacting tourism and recreation.

The recent devastation in Texas reminds us of everyone’s vulnerability to extreme weather, which will become increasingly destructive everywhere. While interior New England is not directly impacted by rising sea levels or fires, homeowners and buyers are considering how to protect their homes from more rain, less rain, higher temperatures, and violent storms.

After the prolonged power outages in October 2020, droves of Connecticut residents ordered backup generators and are now waiting for electricians to install them. Once considered a nice improvement, standby generators have become a necessity for some buyers. Anticipating hotter summers, both renters and buyers demand central air conditioning. Buyers favor houses with forced air heating to make conversion to a heat pump and central AC easier. Increasingly, smart buyers are factoring in the cost of utilities and asking questions about insulation, solar panels, and even geothermal systems as climate change is expected to increase energy costs.

Our region already has high water tables and drainage, a pretty dull item on any inspection list, has become more important. A wet basement or a soggy yard during spring showing season is not a plus if you’re trying to sell your house. With the redrawing of flood zones and increasing cost of flood insurance, selling by a rising creek is more difficult. Drought and very heavy rains can also impact even houses with their own wells. Longer term, scientists are also concerned about contamination of water supplies and collapse of basic infrastructure, which will affect whole towns and villages.

Scientists have attempted to forecast which regions will be most impacted by climate change by analyzing access to clean freshwater; heat and humidity index; risk for extreme events like wildfires, hurricanes, rainfall, blizzards and wind storms; height above sea level; and food security. The least affected regions in the US are around the Great Lakes, and yes, the inland regions of the Northeast. Some states and communities already have acknowledged the inevitability of climate change and have begun taking action to mitigate and adapt to climate change. It is important that we all realize the adaptations required by the evolution of climatic changes and anticipate threats to mitigate Mother Nature’s inevitable surprises.

Prices not affected by climate change – yet

Real estate prices in the Northeast have been fairly stable over time with spikes and dips in home prices that are driven by dramatic events (see chart above). There was a spike in our region during the real estate bubble of 2004 to 2008 and a fall after (see median price previous page). We are now experiencing a demand-driven run-up in prices because of Covid refugees from New York who can work remotely. Nationally there are 50% fewer houses for sale than last year. Homeowners are reluctant to sell now because there’s no place to go. Listing prices on average have risen by over 15% compared to last year and much more in certain communities. It’s officially a seller’s market everywhere – at least at the moment.  • 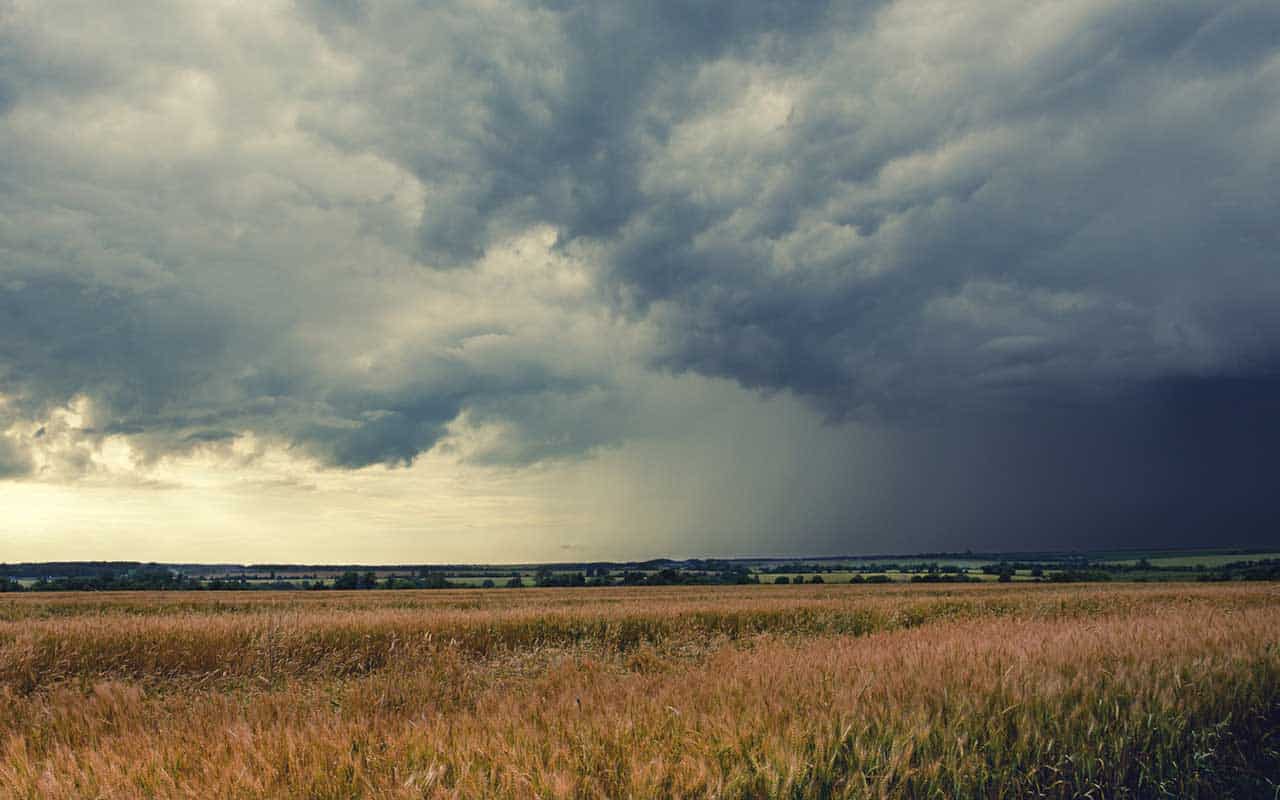