Writing from their home in the Hudson Valley, author Phoebe North, graduate of the University of Florida’s MFA program in poetry, gears up for the release of their brand-new young adult fiction novel Strange Creatures in June. North’s latest outing focuses on the characters of Annie, her older brother Jamie and later Vidya – Jamie’s first girlfriend. Annie and Jamie were inseparable for most of their childhood. When life became too much for them, they created their own space in the woods behind their house: a fantasy world of their own making, where no one else could find them. As they grew older, so too did their kinship, Jamie grew dark and distant. He found new friends, a girlfriend, and a life away from Annie and their shared world. By the time Annie was in eighth grade, it was as if she hardly knew the brother who was her other half —And then, one day, Jamie disappears.

On June, 1, at 7pm North will talk with author Shaun David Hutchinson as part of The Hudson Valley YA Society’s monthly author event series at Oblong Books & Music in Rhinebeck, NY, about their latest novel. Before the highly anticipated online event, North took some time to sit down with Main Street to discuss the novel, their own journey through Young Adult fiction and their life’s journey that led to Strange Creatures.

Strange Creatures seems to be more of a character-driven narrative that takes its time developing nuance. Is this different from your previous works? How so?

My first books, Starglass and Starbreak (Simon & Schuster Books for Young Readers 2013 and 2014) were also character-driven novels, despite the fantastical settings; they were coming-of-age stories set on a spaceship and an alien planet. But there definitely is a shift with Strange Creatures, which has a contemporary, suburban setting and plays with both language and genre in new and unexpected ways. This is a story that has been with me since college, which I tried to write over and over again. I’m so glad to be finally telling the story of Annie, Jamie, their kingdom in the woods, and what happens when Jamie goes missing–it simply wasn’t a story I was ready to tell when I was younger. 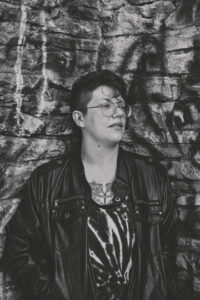 How much of Annie’s experiences are drawn from your own life growing up? Do you feel most Young Adult novels should contain an element of personal experience in order to succeed for readers?

I do identify with Annie in some ways–I was also imaginative, strange, an odd fit in my New Jersey hometown. Unfortunately, like Annie, I had a family whose lore was steeped in trauma. And I also considered myself more of an artist than a writer as a child, even going so far as to applying to art schools in my senior year of high school. However, I actually identify more closely with Jamie, believe it or not. His specific traumas and his experiences navigating bisexuality are much closer to my own. I think it’s impossible for a writer not to put a little bit of themselves in every character. We need to empathize with them in order to write them well, and the small details we draw from our own lives are what makes them feel vital and real to the reader.

How has your time in the Hudson Valley informed your characters, themes or other narrative elements?

Annie and Jamie’s yard is my backyard in New Paltz, NY, though some of the details have been scrubbed off. Every summer day I hear the neighbor kids playing in the woods beyond our drainage creek and I know that there are worlds out there that are closed to us in adulthood. My own adolescence was spent playing in similar woods in New Jersey, and while the details are different, it’s the type of world I know intimately and instinctively. There was no other possible home for the [Redacted] family.

As we know, imagination can be a source of inspiration as well as the source for nightmares depending on the context of life. How has imagination played a role in Strange Creatures?

As children or adults, we use fiction–both those we read and those we write–to help us to process our experiences in safe ways. Strange Creatures is about this process, about how one can create coping mechanisms, and how those coping mechanisms can keep us safe, or be a source of tension into adulthood. Ultimately, Annie must learn how to make sense of her family’s experiences, how to translate the things she’s been through to something useful to both herself and to others. In college, she and her friends talk about “finding their narratives,” but Annie isn’t only creating a narrative for herself. She’s also building one for her brother, for her new friends–and for those who might stumble across her words later and find comfort in them. In this way, the things we imagine become more than just useful to ourselves but also to the broader world. And I hope that the narrative I built here will be similarly helpful to my own readers. 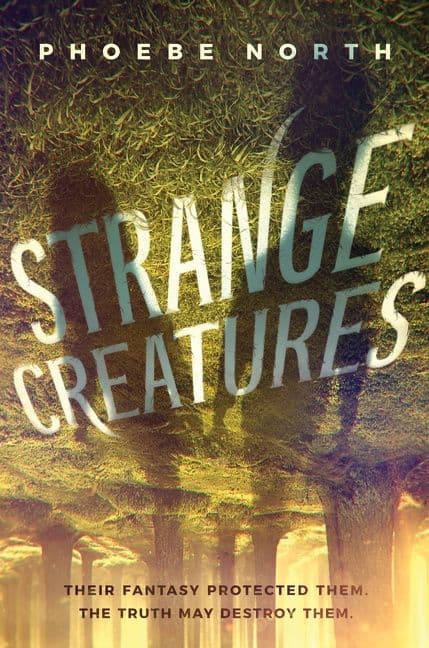