Curated by the Community

As of 2021, according to statistics from the US Department of Veterans Affairs, little more than 240,000 of the 16 million Americans who served in World War ll are alive today. Last year marked the 80th anniversary of what President Franklin D. Roosevelt would famously call “a date which will live in infamy.” The Japanese attack on the American naval base located at Pearl Harbor in the South Pacific ushered the country into the titular war of the 20th century and made heroes both on the battlefields and on the home front.

Over eight decades later, many Americans are finding ways to cope with the sobering reality that what has become known as the Greatest Generation is slowly dwindling with each passing year. With each passing day, another bit of our nation’s living history dies, but before the remnants of World War ll fade into the tapestry of history, local historians have made it their duty to preserve those precious memories and relics of those who lived through these historic events.

Bringing local memories back to life

With an exhibition inspired by the 80th anniversary of the attack on Pearl Harbor, the Roeliff Jansen Historical Society (RJHS) has invited the local community to provide family items dating from WWII, that will tell the story of the war From the Home Front to the Front Lines from a very personal perspective.

Opening on July 2, RJHS’s summer exhibition will feature personal correspondence, photographs, GI standard issue equipment, commendations, medals, official documents, and mementos passed down through the generations by family and community members who served. This exhibit is thought to be especially important because the 80th anniversary of Pearl Harbor of December 7, 2021, was largely eclipsed by the challenges and strictures imposed by Covid.

Residents who have generously loaned items are from the entire “Roe Jan” region including Ancram, Copake, Hillsdale, Gallatin, and Taghkanic, and beyond. The response to the call for WWII items has been overwhelming. Many residents contacted RJHS and have eagerly loaned mementos of all kinds that have come down to them from family members who served in every branch of the Armed Forces. Equally important, however, are the stories and mementos from those who participated in the war effort without ever having left home.

The following interviews were with two RJHS board members, Lesley Doyel (LD), the society’s president, and Nick Fritsch (NF), who handles communications and graphics.

How has the response from residents impacted your experience with this year’s exhibit: From the Home Front to the Front Lines?

LD: People have been incredibly generous and amazingly enthusiastic. Folks take every opportunity to tell us that they feel a sense of great pride and comfort with the ability to give voice to a parent, grandparent, or loved one. You know it isn’t just the history itself that makes this exhibit so special – as important as that is – the 80th anniversary is the perfect moment to highlight family stories and to celebrate the many sacrifices that were made.

NF: We’ve discovered that most veterans of World War ll almost never talked about their experiences. They were hard pressed to tell family members because they themselves wanted to forget and move on with their lives. But through the correspondence, diaries, and other accounts, recorded by war veterans, it has been a journey discovery for family members themselves, who are, in some cases, learning details of unbelievably horrific war experiences for the very first time. 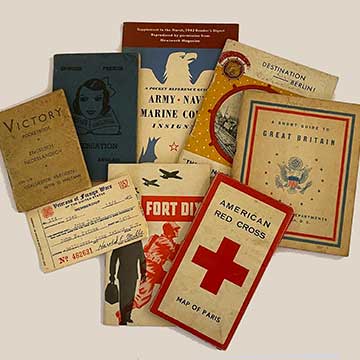 What are some of the items that the exhibit will feature? How much will come from the front lines and how much from the home front?

LD: We have structured the exhibition as something of a scrapbook of life abroad in the war and those who felt the war here at home. There’s a story from a woman in Hillsdale whose father landed on the beaches of Normandy during the third wave of offensive on D-Day. He was of the Jewish faith, and as such, his dog tags were marked with an “H” for Hebrew. When he arrived in Paris, he had a chance to meet many fellow Jews who had been forced into hiding during the Nazi occupation. On loan to RJHS is a reminder of that unforgettable experience – a Star of David with “Juif” in the center printed on yellow fabric and intended to be sewn prominently on clothing as a means of identifying Jews. As requested by her father, this chilling memento has been kept by his daughter as, in her father’s words, tangible “evidence of the viciousness of fascism.”

NF: We have many unique items that were curated from the home front as well. Another Hillsdale resident whose father was a medic and was scheduled to be separated or relieved on December 8, 1941. Of course, we now know that history had other plans for this young man. He treated soldiers for all kinds of ailments after they came back from battle including venereal disease, which was a huge problem that does not get much play in the history books.

LD: We have a jacket from a bomber pilot who lived in Ancramdale and who saw a great deal of action over the Mediterranean Theater. The jacket is hand-painted with an array of words and images including a grid of fifty bomb silhouettes, representing his fifty successful missions. This is what we mean by a patchwork of history, as seen in the wide range of loaned World War II items.

Did you learn anything you had not previously known about the area from these residents?

LD: Well, as most know, the town of Ancram has been home to an important mill on the banks of the Roe Jan River. In the 1920s, the mill began specializing in the manufacture of very thin paper used for cigarettes, and because of its light weight it was perfectly suited to Air Mail. During the war Air Mail became increasingly important as a way of cutting down on the enormous weight of thousands upon thousands of letters sent overseas to soldiers and sent by soldiers back to family in the US. Among many other significant items, a family in Acramdale has loaned RJHS a pristine box of Ancram Air Mail stationary – a crucial contribution to the war effort produced right here in a Roe Jan town.

NF: Another aspect of the home front which we thought was fascinating, in addition to ration cards, records and documents of both adults and high school students trained as airplane spotters, there are records of a knitting group from Copake that produced warm clothing and balaclavas to wear in cold climates, and instructional booklets and maps for use by men and women serving in foreign lands. All of this provides insight into daily life during the war years, and acts as a vivid reminder that many of those thrust into this world-wide conflict were very young and most had probably never even been away from home and family before.

What has left you most impacted by this exhibit and the folks who contributed? What do you think this kind of exhibit does for rural areas like ours?

NF: The fact that the show itself is being built around the vast array of objects that have been put on loan by Roe Jan area residents, who, as keepers of the flame, have lovingly preserved so many WWII items entrusted to them by their parents and grandparents. And, while the exhibit will represent the impact of the war years at the local level, it will in many ways, also be representative of the war as experienced by the entire nation.

LD: This has been a very emotional experience for everyone involved – through stories, letters, telegrams, and many other mementos loaned to us, we have an entirely personal perspective into the unbelievably challenging times of those who lived through and served during World War II. The response of the Roe Jan community has far exceeded our expectations, and RJHS is grateful for chance to bring these stories to light.

Thanks to the Roe Jan Historical Society and its fervent efforts to preserve, the important impact they made on the area’s history can be experienced this summer by an entirely new generation of Americans.

To learn more about the Roeliff Jansen Historical Society and the new exhibit, please visit www.roeliffjansenhs.org. 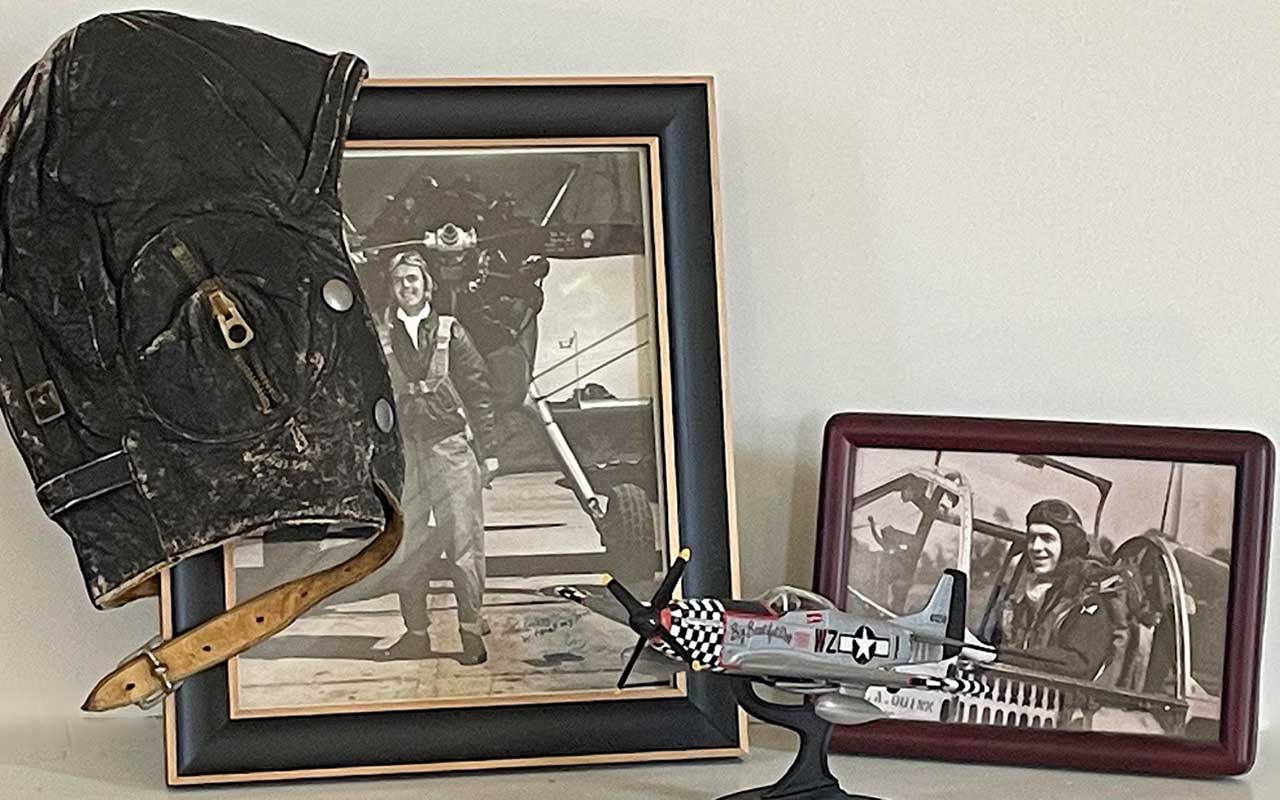