Cyrano, I Love You

Those were the words that Peter Dinklage, title character in this brilliant interpretation of Edmond Rostand’s 19th Century play was longing to hear.  It took over two hours of sword fighting, soul searching songs, engaging choreography, consuming visual settings and a tour de force by a cast of beautifully matched actors re-framing the long revered story of Cyrano de Bergerac to have his wish come true.

There have been several notable and noble interpretations of the saga of Cyrano de Bergerac.  The latest cinematic foray was “Roxanne,” the Steve Martin star turn that explored his poetic love for the title character, played by Daryl Hannah.  It was “Cyrano” without the tragedy and pain.

The current offering is directed masterfully by Joe Wright from a script drawn by Erica Schmidt (Dinklage’s wife) from a 2019 off-Broadway play she wrote and directed.  The New York offering  starred Dinklage and Haley Bennett as Roxanne, a role she reprises in the film.

“Cyrano” is a complex love story.  Roxanne is being courted unsuccessfully by a slimy Duke – Ben Mendelsohn as De Guiche – but has fallen madly in love with a young military recruit – Kelvin Harrison, Jr. as Christian.  Roxanne appeals to her long-standing friend, Cyrano, to mentor Christian, protect him and school him on the ways of courtship.

The problem is that Cyrano is highly compromised.  He has loved Roxanne since they were barely more than children, but his appearance has prohibited him from speaking his heart and his mind.  So, he writes poems as letters, has Christian sign them and stands in the shadows, even speaks for Christian as Roxanne believes she is falling deeply in love with a man of elegance and depth.  Christian may be a man of many attributes, but deep and elegant aren’t on the list.

The fact that “Cyrano” is a musical adds to the rich complexity of this film.  Choregraphed soldiers dance as they practice sword fighting.  Bakers sing and move in rhythm as they knead dough for rustic bread.  The Cyrano/Roxanne/Christian love triangle exchanges poetry in a lyrically produced triptych that would, in itself, be enough reason to see this film.  When the actors sing, it is not an intrusion or a moment of distraction.  It allows them to bare their souls.

But, there is a great deal more.  Seamus McGarvey’s cinematography is haunting.  Shot in Sicily, the settings are worthy of a fairy tale and the war scenes, set in the stark mountains during a winter storm, are chilling.

Music for the production was composed by the twin Dessner brothers, Aaron and Bryce of rock group The National.  Lyrics were provided by National lead singer Matt Berninger and his wife, Carin Besser.  The soundtrack has moments of being haunting as it moves the narrative forward.  When the leads sing, the lyrics are poignant … deeply personal.

Make no mistake, “Cyrano” is different than any other film currently in theatrical distribution.  No streaming availability has been announced, so seeing it on the “big screen” with the soundtrack fully amplified is truly first choice.  Eventually, “Cyrano” will make its way to the smaller screen and be worth a second, perhaps even third viewing.  The opportunity to see it now, however, is compelling.  Roxanne does truly love Cyrano as he deeply loves her.  Their journey, though tragic, is a rare exploration into the nature of beauty, of honesty … of love. 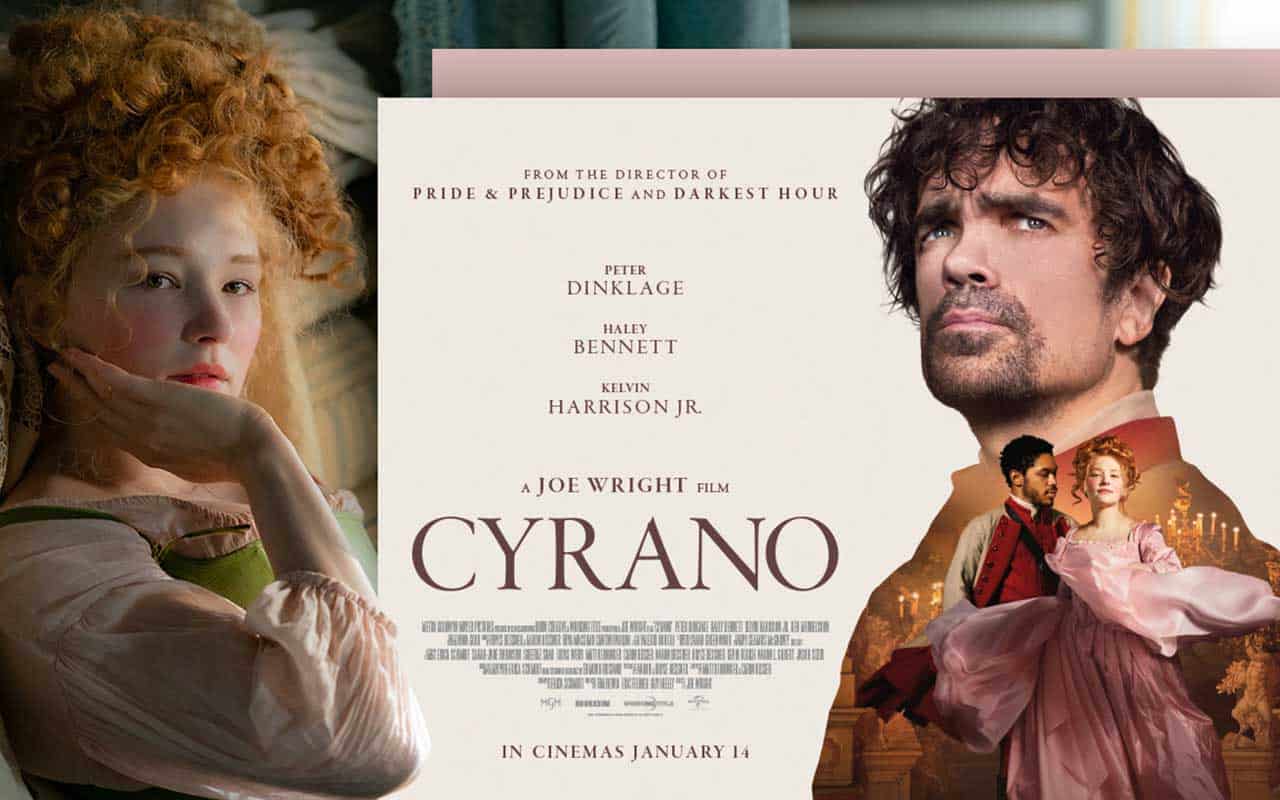