Very early in the unfolding saga of the catastrophic decline of the Gucci family, it becomes obvious that Producer/Director Ridley Scott wants us to understand that the avalanche was internally created, simply waiting for the right earthquake to make the mountain tumble. Lady Gaga (Patrizia Reggiani) is the earthquake, and much to the delight of her multitudes of fans, she makes the temblor a major one.

The film is based on the real story of how the House of Gucci, one of the world’s most honored brands, squabbled, sobbed, sopped up cases of fine vintages and generally acted like they were much smarter than the rest of the world. Artwork to rival the finest museum collections in the world…houses in every major watering hole in the western world…lifestyles that were, by any normal measure, obscene. When Adam Driver, as Maurizio offers the retort “I’m a Gucci” to his smoldering, jilted wife Patrizia, he says it all. 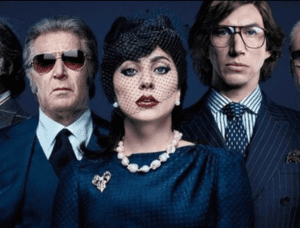 There is a thread of intrigue throughout the film that seems to always involve tax dodges or searing family nastiness. There is more than ample duplicity, back-stabbing and the class consciousness of those born to blinding wealth…and those born to a more common way of life. There is the sense of inevitability about the aloof way in which the family deals with that nagging factor— reality. There is the relationship between a desperate Patrizia and a scheming, sadistic fortune teller, Pina, played with restrained evil by Salma Hayek…the relationship that ends with the murder of Maurizio Gucci.

This is a collection of A-list actors who Scott jetted off to Italy to depict the rotten core and final collapse of a haughty, arrogant family. Al Pacino, Jared Leto, Jeremy Irons may appear as near cartoon-like characters, but the roles they inhabit are just that. Leto as Paolo Gucci, the doofus cousin of Maurizio is so over-the-top that we have no doubt that his clumsy scheming will end badly.

One of the important moments in a film based on the reality of life’s tragi-comic stories is when the “what happened to them” titles run on the screen. Who lived? Who died? Who succeeded? Who went to prison? Scott obliges us with that cryptic detail so that, as the production credits flow by and the lights ease up in the theater, we have some sense of completion.

House of Gucci is a long film – 2 hours and 37 minutes. The photography is elegant throughout and the score, which draws heavily from pop songs that are easily recognized by those of “a certain age” adds to the Guccis’ joyride to hell.

House of Gucci is only in theaters, not simultaneously streaming on one of the many major services. For fans of the stars, those who cherish the Gucci bag in the closet or the scarf in the drawer, those who want another glimpse into “The Lifestyle of the Rich and Famous,” this is a holiday must-see. Whether there will be any Academy nominations spilling out of the Gucci bag remains to be seen. It would not be a shock, however. There is some impressive talent on the screen when House of Gucci is being shown. 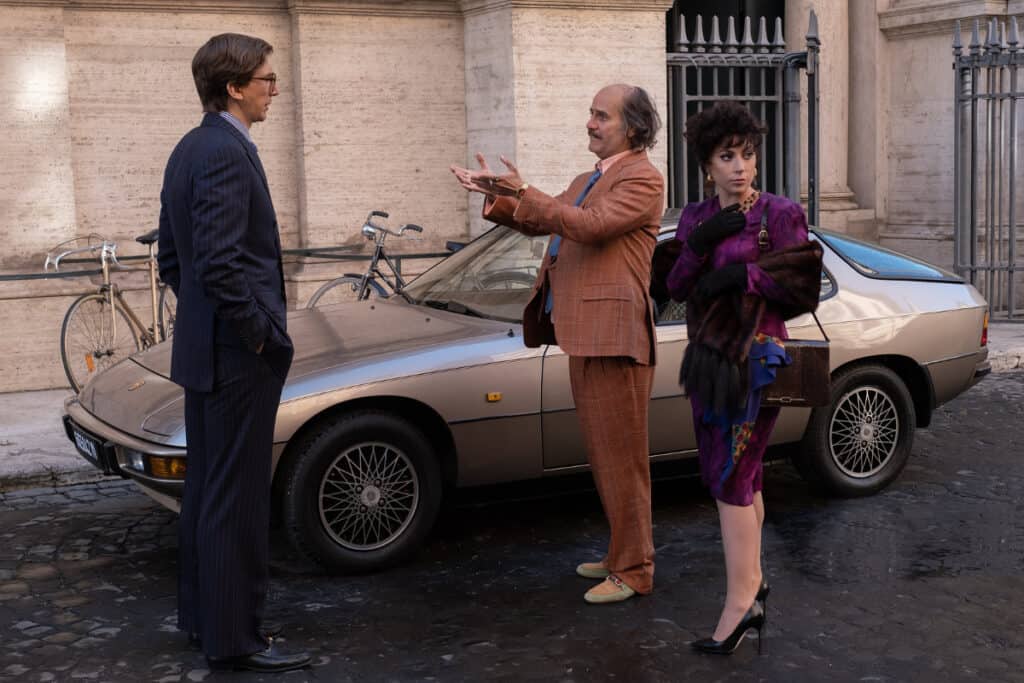 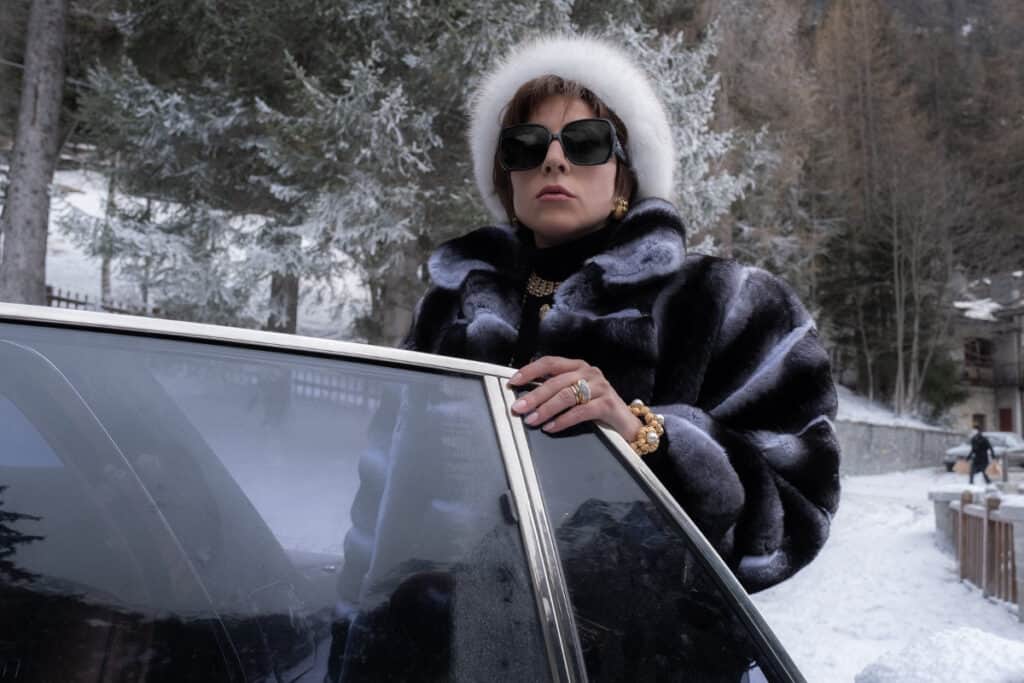