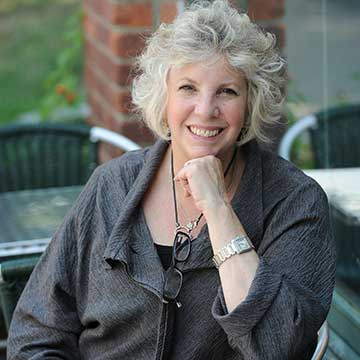 After almost a decade in New York State’s Assembly representing District 106, which includes parts of Dutchess and Columbia Counties, it’s easy for residents to feel as though Didi Barrett has been present for most of their lives – and in a way she has. Barrett was elected to the State Assembly after a special election in March 2012 and her following four terms, has become one of the most recognizable names in local government. Despite a recent penchant for many a lawn sign adorning her name come November, Assemblymember Barrett has made the Hudson Valley her home for more than 30 years. She has enjoyed careers as both a writer as well as a museum professional, but what has come to define her deeply-rooted connections to the area is her life’s work with local not-for-profit organizations.

As a member of the Assembly, she is Chair of the Assembly Committee on Veteran’s Affairs as well as the Chair of the Legislative Women’s Caucus, and also serves on the Committees on Agriculture; Environmental Conservation, Mental Health and Tourism, Parks, Arts and Sports Development. Barrett is also a longtime advocate for women and girls, and helped spearhead the creation of the Dutchess Girls Collaborative to support local girls and young women. She helped launch the North East Dutchess Fund (NED) of the Berkshire Taconic Community Foundation; helped create the pioneering NED Corps program to deliver social services to the region and served on its affiliated Latino Roundtable. She is currently on the advisory committee for BTCF’s Fund for Columbia County. She is formerly a trustee of the Anderson Foundation for Autism and former board member of the Millbrook Education Foundation and of Sprout Creek Farm, an educational farm in Poughkeepsie.

Didi’s other affiliations have included Girls Incorporated of NYC as the founding chair; New York Women’s Foundation, Planned Parenthood of NYC, the Women’s Campaign Forum and NARAL Pro-Choice New York as a former board member and the American Folk Art Museum as a trustee emeritus.

Though Barrett’s likeness on local television and in print may make her most familiar, there are deeper reasons for her success and longevity. Like her family farm in Ancramdale, which was purchased in 1938 by her grandfather and great-uncle and has remained in the family for generations, Didi’s values have become ineffably infused with the rural character of the area in which she serves. As she takes a moment out of her busy schedule to discuss her time and career serving the Hudson Valley, Didi personifies the connection between the area’s agrestic traditions, and its willingness to advocate for change, making her the State Assembly’s perfect champion for the Hudson Valley.

Was an elected office something that was always present in your mind growing up? What compelled you toward the New York State Assembly in 2012?

Truthfully, I have always taken an interest in the government and its function in society. When I was younger, I served in student government both in junior high and high school and those experiences gave me a wonderful perspective on public representation. Previously, Dutchess County Executive Marc Molinaro had been serving as a member of the State Assembly representing roughly the same area as myself, which meant the seat was open when he was elected to the County Executive office.

Historically, as is the case with many women in government, I was asked to run. The idea of running for office wasn’t something that was on my mind, but I knew that public involvement and activism were two major aspects of my life, and those passions ultimately compelled me to run.

I think my background in journalism as well as my previous involvement within the public sector has made me a bit more unique among my colleagues, but I feel that those two facets of my life help make my platform more expansive. I believe my passion for comprehensive community involvement helped me to become the first Democrat to win in this area.

As a writer, do you feel you have mastered both the temperament as well as the patience needed to navigate the ever-changing landscape of the local political arena?

Aside from the experiences I have gained personally, it is the rich history of the Hudson Valley that so easily inspires me as well as the area’s world class art and agriculture.

When I stop for a moment and contemplate all the cultural touchstones that inhabit the area, it is quite overwhelming. From the Franklin D. Roosevelt Presidential Library and Museum in Hyde Park and The Culinary Institute of America, to the Olana State Historic Site as well as the many historic homes and buildings that dot our landscape, not to mention the iconic Hudson River School, the character of the Hudson Valley is enough to compel anyone to represent the folks who live here.

Personally, one of my favorite historic landmarks in America are diners. One of the initiatives my office and I have undertaken is our Diner Stop Tour. We have visited the many historic local diners in our area as a way to meet with people and support small businesses. I love going to diners in general – they are my venue of choice for a great breakfast – and local diners are one of the greatest features of the Hudson Valley. What better place to catch up with friends while enjoying living history and supporting the small businesses that have struggled throughout the past year.

As a member of the Assembly, you chair or are part of a host of local and progressive committees. Have those experiences helped to shape the way you view the Assembly and its role in government?

My goal in the State Assembly is to bring the resources of the State to my district and showcase my district to the rest of the State of New York. The idea of shining a spotlight on the people and businesses that make up Columbia and Dutchess counties has certainly been part of my personal inspiration to serve in state government.

Government as a general entity can have a tendency to be sort of insular and so it’s good to seek out innovation and ideas – many of which are thriving in the Hudson Valley. The past year and the COVID pandemic has shown a light on many issues – in particular mental health; there isn’t one person in our area who hasn’t been affected by mental health. I, and Democratic State Senator Elijah Reichlin-Melnick, have introduced a constitutional amendment that will make mental health equal to physical health, in other words creating parity between physical and mental health.

Broadband for tele-healthcare economic development or schooling is also a major concern in our area, which also became clear this past year. While we are looking forward to children returning to school safely, greater bandwidth and more widespread infrastructure are imperative for our growing region.

Nature in the Hudson Valley was also affected by the changes last year and our state parks were overwhelmed by folks looking to heal and enjoy the natural world. With that, many issues including Lyme Disease are still at the fore of concern. Local farming and agriculture need our help as well. The food supply chain, food insecurity including food waste are all issues that I include as part of my role in state representation.

As a longtime resident of the Hudson Valley, how important is it in your view to uphold the history of our area? How important is it to balance the preservation of history with the natural evolution of change within communities?

We all stand on the shoulders of those who have come before us. It is very important to continue to learn and understand where we are and how far we’ve come. I think there is so much in the region we can learn from. I believe one of the gaps in our understanding is the skewed history that didn’t accurately tell the history of the women, minorities, disabled people, and of course the native population of New York. I, along with the Mid-Hudson Library System, am proud to present Women’s History in the Hudson Valley: Ten Stories from Columbia and Dutchess Counties. This booklet series focuses on retelling the lives and deeds of extraordinary local women, ultimately ensuring they are remembered for their significance in history. I believe it is especially important for girls, and boys, to hear these stories. Knowing what your roots are makes it possible to grow and explore – and this area has given birth to many innovations in that arena.

After the events of the past year, can you feel both area small businesses and communities rebounding? Is there a specific policy you look forward to tackling in the upcoming term?

I think the reason for my running in the first place was to make sure that the things we love about this region are the things that propel us forward and that inspiration still very much holds, right now especially. The rich history of the Hudson Valley, its natural resources, the agriculture and the incredible history of artistic innovations are the tools we will use to come back and come back strong.

Our biggest challenge is to attract young families with local jobs that pay liveable wages. We don’t want an economy completely dependent on tourism, but we should maximize the assets of our region, support local farms, producers and other small businesses.

Small businesses are truly the backbone of our economy and the folks who own and work in the small business community are the same ones who serve on school boards and volunteer fire departments, they are crucial to our future. We don’t want our homegrown residents to feel the need to live so far away and we want to keep our young people here so it’s a balancing act.

However, I do see a path moving forward and the goals remain constant. It’s not just about blaming shifting demographics and declining birth rates.

We have to be innovative because that is who we are, perhaps we focus on creating communities that are perhaps less car dependent. Either way, we must focus our efforts on creating opportunities for folks to earn a living in the Hudson Valley. I really do see both sides coming together on these issues. Because I work in the New York State government, I have seen many of my colleagues go on to run for higher offices. It can be hard not to be cognizant of certain divides, but our area looks a lot more like America than other parts and I believe that sense of solidarity can broaden out to other parts of the state, making us all one community.