Don’t Have a Cow

Over the years, a number of celebrities have lived in or visited Hillsdale. Some were not famous when they lived here but achieved celeb status elsewhere. But Hillsdale was always “home.” A case in point was Hudson River School painter John Bunyan Bristol, who was born in Hillsdale but achieved prominence in New York City. Even after he achieved worldwide recognition, he still spent summers at the Mt. Washington House. Some believe that one of Hillsdale’s celebrities was Elsie the Cow, the famous mascot and logo of the Borden Milk Company. We’re sorry to report that the real Elsie the Cow never made her way to Hillsdale, but that doesn’t mean there isn’t some Elsie history here in town. 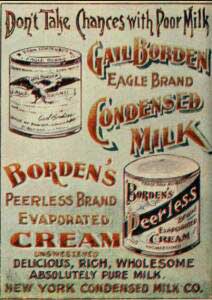 Our story begins in Norwich, NY, where Gail Borden was born in 1801. After a few years, the family moved to Kentucky, and then to Indiana. In his early 20s, Gail followed his brothers south, eventually working as a surveyor in Mississippi. By 1835, Borden – now married – had settled in Texas, working first as a surveyor and then as a newspaper editor, which is interesting since his only formal education took place during his two years in Indiana, and that was spent learning to be a surveyor. How he ended up editing a newspaper is still a mystery. Borden was an inventor, although not always successful. One of his inventions was a “terraqueous machine,” a kind of sail-powered amphibious wagon that could both thunder across the plains and glide into the waters of the Texas coast. Accounts of his first – and only – journey are not kind. In 1849, Borden turned his attention to meat. Specifically, he created a meat biscuit similar to Native American pemmican. The meat biscuits were immensely popular during the California Gold Rush because the 49ers needed compact, lightweight, non-perishable supplies and Borden’s meat biscuits fit the bill. Borden actually travelled to the 1851 London World’s Fair, where his biscuits were well received despite the fact that they looked like an old pop tart and from all reports tasted like the box the pop tart came in.

(A lot has been written about Borden and we commend our readers to the library or Internet for a more comprehensive study.)

Sailing back from London, Borden was horrified to see that several children aboard the ship had died from drinking tainted milk. He wondered if there was a way to preserve milk indefinitely, and found inspiration from the Shakers with whom he had spent some time, possibly in Kentucky. He recalled that the Shakers had developed a process of evaporating fruit juice by vacuum and making it “shelf-stable,” as we would say today. Borden used a similar process and invented condensed milk. In short order, he founded the New York Condensed Milk Company.

Borden opened factories across New York State, including in Craryville, Copake and Ancram.

By 1858, Eagle Brand Condensed Milk was a trusted brand and selling briskly. During the Civil War, the Union Army supplied the troops with Eagle Brand, an enormous windfall for Borden. Borden died in Texas in 1874, but the New York Condensed Milk Company lived on and in 1899, the company renamed itself Borden Milk Company in his honor.

Still with us? Here’s the Hillsdale connection: 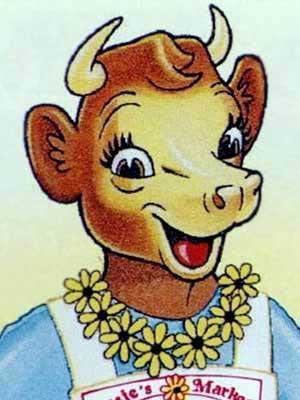 The cartoon logo of Elsie the Cow was created by Borden’s director of advertising, Stuart Peabody, in 1936. Peabody was a lifelong Hillsdale weekender with a farm on Taconic Creek Rd., off of West End Rd. (Some sources credit New York advertising agency maven David William Reid with inventing Elsie. It’s often said that “success has a million fathers; failure is an orphan.” In any case, if Reid did indeed come up with the idea, it most certainly would have been at the direction of his client, Stuart Peabody. So we give Peabody credit, and so does Advertising Age. However, a New York Times obituary states that a Borden illustrator, Walter Oehrle, actually drew the cartoon, again at Peabody’s direction.) In a few years, Elsie became the most popular company mascot ever. The logo can still be found on Eagle Brand cans in stores across the country, and the Elsie logo is considered to be an icon of advertising history.

In the 1930’s, Borden Milk Company invented a new-fangled milking machine called the “Rotolactor” , which it proudly displayed and operated at the 1939 New York World’s Fair. During one demonstration, it is said, a girl asked the Borden representative, “Which one is Elsie?” Thinking fast, the Borden man looked around for the friendliest looking cow and selected a Jersey named “You’ll Do, Lobelia,” born in Brookfield, MA in 1932. Rechristened and festooned with a necklace of daisies, “Elsie” became the biggest hit of the World’s Fair. Elsie began making celebrity appearances throughout the Northeast, but demand for Elsie extended throughout the nation, and it soon became clear that there was a need for a few more Elsies, strategically located around the country. Sad to say, “You’ll Do, Lobelia” died in a tragic accident in 1941 and is buried in Plainsboro, NJ.

You can go see it if you happen to be in Plainsboro and find yourself with absolutely nothing else to do.

The remaining ersatz Elsies soldiered on, appearing at War Bond rallies, store openings and fairs across the country. But did Elsie ever grace Hillsdale with her bovine charm? There is no evidence that she did, although some residents recall visiting “Elsie” at the Peabody farm. Obviously, anyone can name a cow Elsie, and perhaps Stuart Peabody did. But just like George Washington, the real Elsie the Cow never slept in Hillsdale.

(The Historians of Hillsdale thank Peter Hazzard, Jamie Carano and Peter Cipkowski for providing photos and info for this post.) 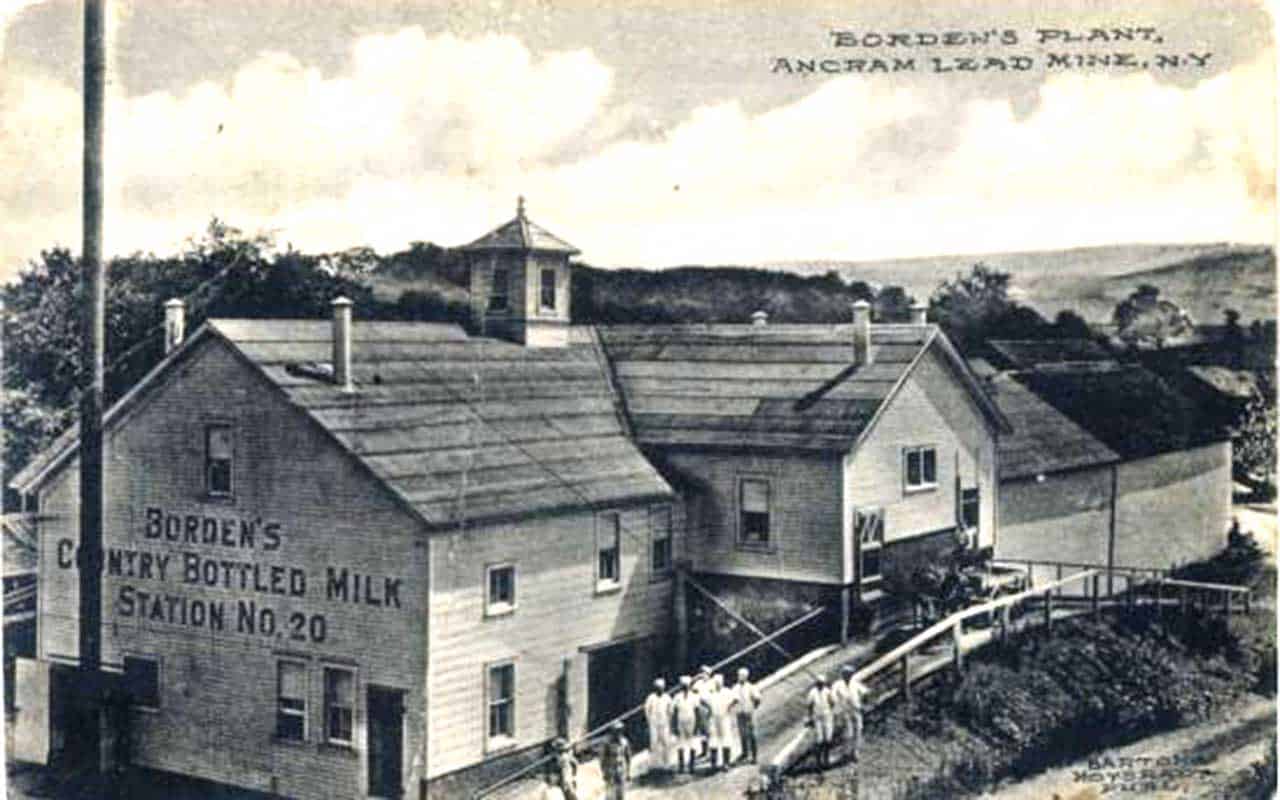