Dracula will be haunting the Colonial Theatre in Pittsfield, MA through August 27 th as Berkshire Theatre Company presents an intriguing new interpretation of the classic adaptation of Bram Stoker’s iconic novel.

In all candor, the play has been done and redone, adapted and filmed so many times that the mere announcement of yet another production might have elicited a polite yawn. Letting this production pass by would be a mistake, however, as award-winning director David Auburn has made some intriguing adjustments to the original script. The results are a two hour experience that is sure to entertain. Auburn is truly a multi-dimensional theatre talent, having won the TONY, New York Drama Critics Circle Award and Pulitzer Prize for Proof. His creative influence on this production makes it well worth the investment of an evening.

Not the least of Auburn’s changes is the casting of the supremely talented Jennifer Van Dyck as Professor Van Helsing. With this inspired twist, the play becomes new, again. Dating from 1927, the original play cast a long shadow in its presentation of the world of horror. Van Dyck has been warmly received by the audiences, and her dominating presence on stage invites equally well-crafted performances by the rest of the cast.

Several Berkshire Theatre Group alumni are in the well balanced cast, which is reassuring and refreshing. David Adkins, an Artistic Associate at Berkshire Theatre Group as well as being a well traveled actor plays the tortured Dr. Seward who is totally devoted to his daughter, Lucy, presented by Emma Geer. Fans of Adkins work will be pleased to see him appear in his second summer production, Edward Albee’s Seascape, scheduled for production at the Unicorn Theatre in Stockbridge, MA September 29 through October 23.

Tim Jones, who appeared in two of the boldly original productions of Godspell and Holiday Memories that gained national recognition for Berkshire Theatre Group during the height of the Covid-19 pandemic, returns as both a member of the ensemble, but does double duty as an understudy.

But, lest we forget, this play is Dracula. With an historic nod to the career of Bela Lugosi who first appeared on the American stage in the Broadway production of the play in 1927 and went on to spend his entire Hollywood career type-cast around the fearful vampire, Mitchell Winter appears in the title role. Where Lugosi labored as an embittered cartoon-like character throughout his career, Winter has already distinguished himself as a skilled actor with great range. A graduate of the Yale School of Drama, this is not Winter’s first appearance on the Berkshire Theatre Group stage, nor is it his first appearance in a production directed by Auburn. His performance is subtle, not cartoonish, which further contributes to the timely re-creation of piece with a long history.

Production credits for the Pittsfield production of Dracula bring together an estimable team, each of whom has crafted a distinguished career. Isadora Wolfe, Movement Director has not only served in that role for productions in several countries, but is a veteran of the Berkshire Theatre Group on stage, as well. Scenic Designer Bill Clarke has a string of Broadway, Off-Broadway and regional theatre credits that have gained both recognition and awards. Daniel Kotlowitz, Lighting and Projections Designer is the chair of Theatre at Dartmouth College and has designed over 20 productions for Berkshire Theatre Group. Hunter Kaczorowski is a Costume Designer with an impressive string of credits across the country.

In short, David Auburn has assembled a brilliant team of theatre technicians, a truly talented cast and given them a refinement of a long-standing theatre classic to bring a new, energized Dracula to the Berkshires.

Dracula runs at The Colonial Theatre, Pittsfield, MA through August 27 th . Tickets are available on line at Berkshiretheatregroup.org or by calling
(413) 997- 4444. 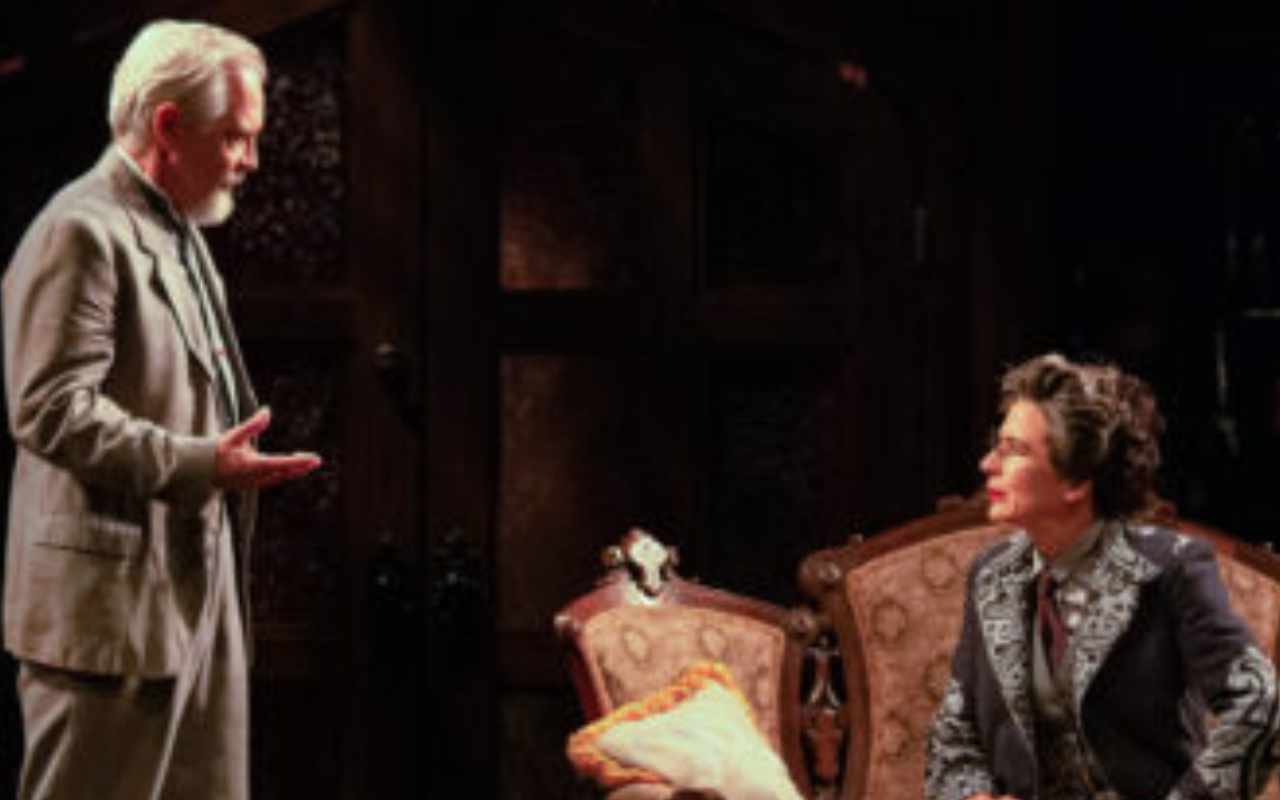