It was with profound sadness and a heavy heart that Undersheriff Kirk Imperati announced that Sheriff Adrian “Butch” Anderson had passed away at his home in the Village of Pawling Wednesday morning. Undersheriff Imperati said, “We are all deeply saddened by the passing of Sheriff Anderson. This is a tremendous loss for all of us. Sheriff Anderson faithfully served Dutchess County for over fifty years and dedicated his life to serving and helping others. Sheriff Anderson’s strong leadership and deep compassion for people made the Dutchess County Sheriff’s Office a leading law enforcement agency in this state.” Undersheriff Imperati added, “I have always had the deepest respect and admiration for the Sheriff, and I was honored and proud to serve by his side each day. The Sheriff was not only a mentor and a close friend, but hewas like a second father to me. We lost a great man today. He will be greatly missed by the members and staff of the Dutchess County Sheriff’s Office and all the people throughout Dutchess County who have been positively impacted by his kindness, care, and generosity over the years. We extend our heartfelt condolences to the Sheriff’s wife Danielle and his children as they grieve their loss.” 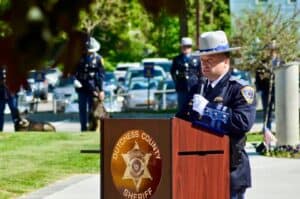 Born and raised in Pawling, NY, Sheriff Anderson was a lifelong resident of Dutchess County. He graduated from Pawling High School and in 2014 was inducted into the Pawling High School Hall of Fame for football, baseball, and basketball. In addition to his law enforcement service, Sheriff Anderson served as the Mayor of the Village of Pawling for eight years. He was extremely active in the community, serving on numerous boards and as a member of many community organizations, notably he was the founding Board Member and Executive Director of the Ryan McElroy Children’s Cancer Foundation with the mission of raising funds to support the children living in the community who are afflicted with cancer and other life-threatening diseases by improving the quality of life for them and their family as they battle these devastating diseases. Sheriff Anderson’s devotion to the community was renowned. He was honored by multiple organizations over the years for his charitable work and community service. Sheriff Anderson’s wife, Danielle Anderson said, “It has been an honor to be married to Sheriff Butch Anderson and the 300,000 residents of Dutchess County. He was a tremendous husband, father, and friend to all. Our family appreciates the outpouring of support from everyone as we grieve our loss.”

Dutchess County Executive Marc Molinaro mourned the passing of Sheriff Anderson, saying, “Today we have lost an extraordinary public servant with the passing of Dutchess County Sheriff Adrian “Butch” Anderson. Butch devoted his entire life to protecting and serving the community he loved so dearly. Throughout his life, he was true leader – in law enforcement, in elected office, and in service to community organizations. His call to serve ensured the safety of our community for more than 50 years and made a measurable difference in the lives of countless children, families, and residents. Our hearts are broken today, and we send our deepest condolences to Sheriff Anderson’s family, including his wife Danielle and his children – you are in our prayers and in our hearts. He was my friend, a mentor and I loved him like an uncle. Butch Anderson was truly ‘second to none’ and we will honor him by following his example and his only ask of all of us, ‘treat others the way you want to be treated.”

County Executive Molinaro ordered that flags at all Dutchess County facilities be flown at half-staff and the County Office Building be illuminated in blue lights in honor of Sheriff Adrian “Butch” Anderson. 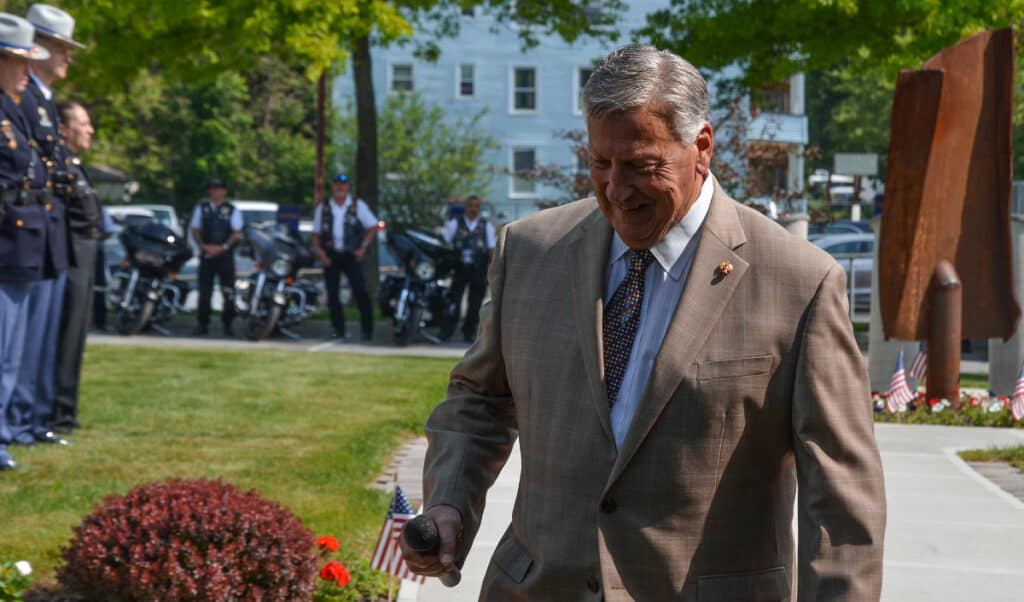