Allen Blagden’s career as an internationally celebrated artist is embodied in a story arc that begins, lifts and soars, then settles into a comfortable sense of accomplishment and enduring promise. His talent has been widely celebrated, recognized with awards and – perhaps most importantly – included in private and public collections of great note. And, all of this has led him to create in a place that is no more than a brisk walk from where it all began.

Born into a family of artists, Allen’s first teacher was his father – Thomas Blagden – who was on the faculty of The Hotchkiss School in Lakeville, CT. He recalls that early in his life, he was aware of the presence of the tools and the encouragement to pursue art. “There was a long bench in the living room of our house. And it was full of paper, crayons, watercolors – all the essentials for creating art.” 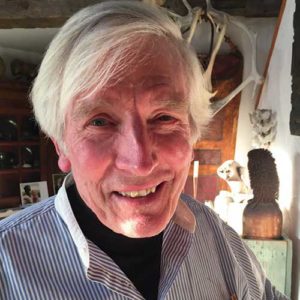 After graduating from Hotchkiss, Blagden pursued his art at Cornell University’s School of Fine Art, taking a year off to study in Lausanne, Switzerland, and travel widely in Europe and North Africa. “I traveled alone, taking the trains and getting a third class ticket to wander all the way to Egypt … Alexandria, Cairo, Luxor. It was fascinating.”

His canvases and pads were his camera, using them to record his impressions, the intriguing parts of life that caught his attention and the moments of beauty and grace that he encountered. He was never meant to be anything but a fine artist, and with the combination of genes and extraordinary talent, the way forward was quite clear.

To be sure, there were many side trips – explorations and experiences – that helped form and inform his work. He spent a summer in nearby Norfolk, CT, on a fellowship to Yale University.

Jobs and appointments followed, always tied to his incredible ability to capture the moment, the nuance of his subjects. His study of birds in college and contacts made in the Museum of Natural History supported him in pursuit of a job as a bird illustrator in Serengeti National Park in Kenya.

Soon a position in Hawaii drew his talent to the study and banding of birds halfway around the world in the Pacific Islands on behalf of the Smithsonian Institution. Blagden followed that adventure with a diversion into film, becoming a cinematographer for Denny McCoy.

He would return to Kenya a decade later, this time working as a wildlife illustrator for Abercrombie & Kent, the world renowned provider of safaris, Arctic and Antarctic cruises and uniquely packaged travel experiences around the world. While there, he further refined his precise technique of capturing the natural poses of birds, animals … and people.

“I could have been a portrait painter.”

Allen Blagden’s portraits have been a significant addition to his catalogue over the years and gained him notoriety for the sensitive way in which he has captured the moods, the personalities of his subjects.

His dogged pursuit of his subjects, no matter where they might be, has produced some of his most striking pieces. He had been impressed by the somewhat controversial, but highly influential docu/drama 1934 film Man of Aran, a study of the population of the islands off the west coast of Ireland made by celebrated filmmaker Robert Flaherty.

Decades later, Blagden took the time to visit the islands of Aran and discover that Maggie Dirrane, one of the stars of the film was still alive. As he did in so many other settings, Blagden asked if he could paint her portrait. She agreed, sitting for him for two days while he worked on capturing the gentle smile and weathered face of a true classic beauty. It was only when his work had been concluded that she revealed that she had become totally blind. His portrait belies none of that condition, revealing the incredible spirit of the woman and the magic that endured in her face. That is, indeed, the essence of Blagden’s work: being able to move beyond the objective reality to the soul of the subject. 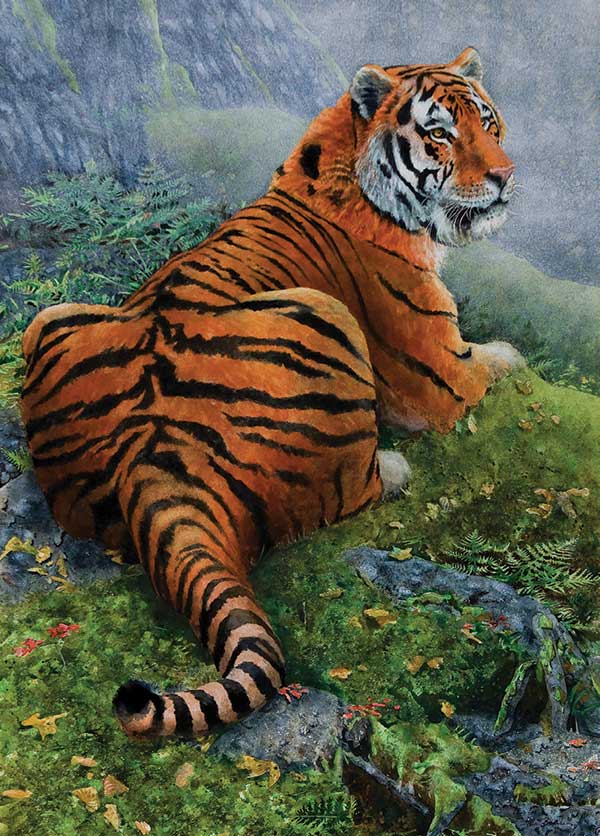 When back at home, Blagden’s work was met with recognition that began quite early in his career. A two-person show with his father presented only a few years after his graduation from college and his globe-trotting pursuits set an early standard for how the art world regarded his work. He found representation in New York galleries shortly after that first formal exhibition and spent decades being represented by a small but elite collection of galleries.

Blagden’s paintings of birds have drawn natural comparison to the work of Audubon, a fact that led to a recent one man show at the Sharon (CT) Historical Society. His renderings of animals in nature have been celebrated for their capacity to imbue a sense of personality to the subjects – not to merely treat them as objects, but as living beings responding to both environment and stimuli.

Comparisons abound, each one meant as a tribute to his unique talent, not an effort to cast Allen Blagden as an artist that merely mimics a style. Although he matured in an age when popular art had moved away from realism to impressionism and abstraction, his work has a clarity and immediacy that rightfully has him mentioned in the context of Winslow Homer, Edward Hopper, and Andrew Wyeth.

Locations in the Northeast have had magnetic appeal to Blagden throughout his illustrious career. The coast of Maine was long a summer destination where family and friends would gather, year on year, to experience the stark beauty of the rock bound coast, the active ocean, and the stunning majesty of the forests.

One of his many paintings that graced the cover of magazines was featured on Yankee Magazine and elicited remarkable results. It is a painting of Blagden’s daughter, Zelina accompanied by a dog, both very attentive to something happening out to sea. The image, entitled Sea Watch is a charming, elegant piece … although there were a few subscribers to the magazine who took umbrage at the fact that young Zelina is naked. “Four subscribers cancelled their subscriptions as a result,” Blagden offers with a sly smile, realizing that there may be times when art and Puritan mores are in conflict.

Blagden’s works have been collected in two books. The first, Marking the Moment The Art of Allen Blagden combines landscapes, portraits, and the compelling studies of birds and animals. The second, due out in 2020, is Just Birds, the title being self-explanatory.

For those who haunt the galleries and presentations that abound in the proximate area of Northwest Connecticut, Berkshire County, MA, and Dutchess and Columbia Counties in NY, a keen eye may well discover that an Allen Blagden exhibit will appear nearby. His recent presentation at the Sharon (CT) Historical Society drew great crowds and great comments on the lavish detail of his bird paintings. And, as one of the curators of the Wonders of Winter exhibit that was hosted in various locations around Salisbury, ending with the 2020 Jumpfest, the perceptive viewer would have found yet another original Allen Blagden neatly ensconced in the exhibit. •

Further exploration of the wide range of stunning paintings and graphite studies created over his career by Allen Blagden, visit his website at allenblagden.com.