In a summer of hesitancy and uncertainty, of recrimination and instability, Shakespeare & Company has deftly placed a brilliant production of Yasmina Reza’s ART in the Roman Garden Theatre and invited us all to contemplate its beauty.

Whether it was serendipity or simply the expected genius of Allyn Burrows, Shakespeare & Company’s artistic director, handing the reins to director Christopher V. Edwards created the chemistry when combined with three finely balanced actors that has produced an amazing 90 minutes of theater. This may be a play that’s been around for a few decades, but the comedy is as fresh today as its ever been.

Lawrence L. James, “ranney” and Michael F. Toomey move through this production of ART as if they were born to the parts. Every hand gesture, every pause, every look, every cadence has been so well shaped by director Edwards that the audience gives up the notion of “the fourth wall” and becomes part of this paean to friendship and the bonds of caring. When James delivers a wildly comedic monologue complete with shifting accents, whipsawing characters and the underlying excuse for being late to a dinner appointment, the audience can’t hold back and interrupt the flow of the play with a spontaneous outburst of applause. It is well deserved. These are brilliant actors at the height of their performance skills. 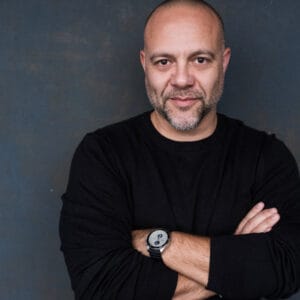 They argue, they laugh, they posture, they accuse, they take emotional pot shots at each other … and the audience responds with hearty laughter and a compelling sense of having witnessed something very special.

To affirm that the three actors are beautifully balanced in their estimable skills does not seem to do them justice. When they speak to the audience (the disappearance of the fourth wall of the theater) it’s as if we’ve known them for years. Their disputes over the relative value (or lack of same) for a very expensive painting acquired by Serge (Toomey) become resolved in classical physical comedy, and the audience rises to its feet in appreciation when the three take their turns in accepting that adulation.

The translation of Reza’s script, written in French, was accomplished years ago by Christopher Hampton. That translation was used when the play moved from Paris to London’s West End, then on to Broadway. The dialog is crisp, pointed and with a few local references inserted for its Lenox, MA run, as accessible today as it was when first presented in the late 1990’s.

ART runs through August 22nd at Shakespeare & Company with tickets available for the afternoon performances on line at Shakespeare.org or by calling the box office at 413-637-3353. The production has been created to be performed outdoors. Should the weather become inclement, arrangements have been made to move the individual production into the nearby Tina Packer Playhouse.

This is a play not to be missed. It captures the true elegance of live theater and envelopes the audience in an experience that is, in its purest form … art. 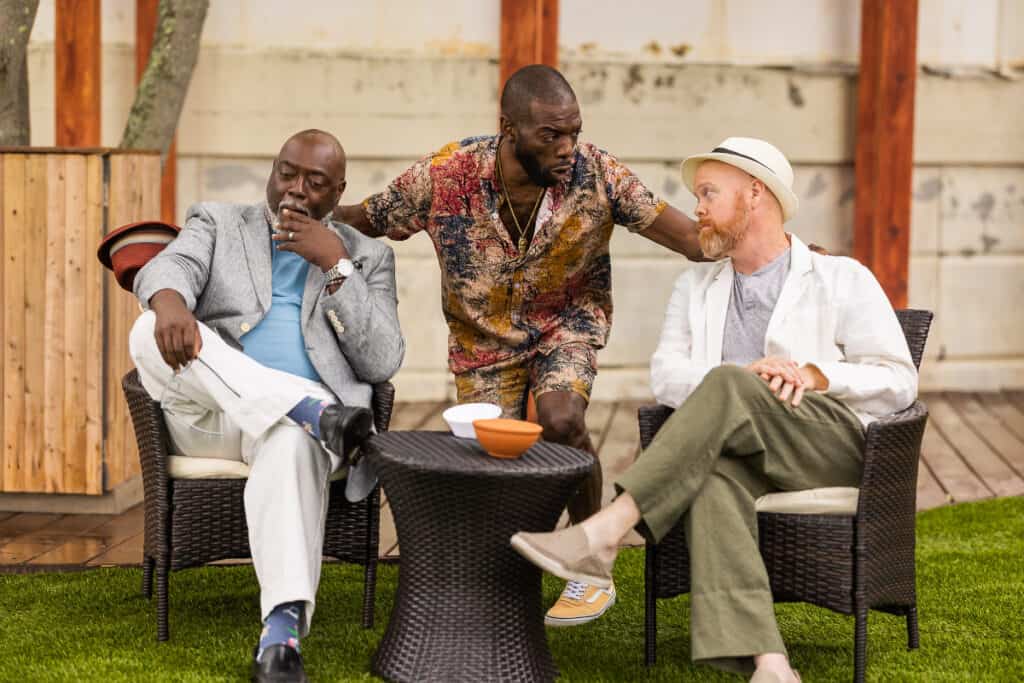