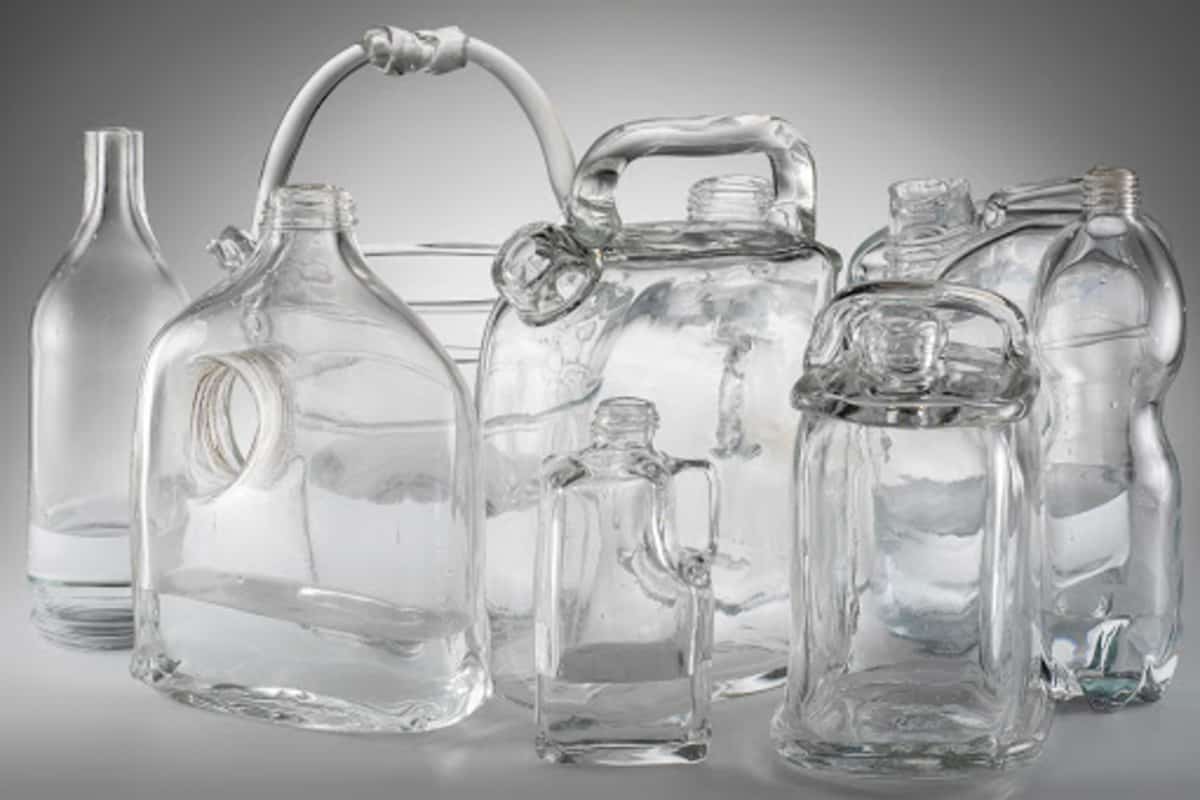 Alexander Gray Associates, Germantown presents Acqua Alta (2019), an iterative installation by Valeska Soares. Acqua Alta draws its name from the annual flooding that surges through the city of Venice, intensified in recent years by the effects of climate change. The installation is composed of hand-blown glass vessels of varying shapes and sizes, filled with water. Although its name and inspiration originally come from Venice, the vessels are filled from the nearest natural body of water in the location where it is presented. The variances in the color, opacity, and density of the water from each location are a succinct and evocative distillation of the effects of pollution––a problem that may look different from place to place but is nonetheless consistent and universal.

As is characteristic of Soares’s work, Acqua Alta combines the artist’s conceptual and formal elegance and refined composition with a profound emotionality. The bodies of water in each location necessarily evoke recognition and connection for its denizens, while providing a distinct visual locator for visitors. (The work feels different in Boca Raton than it does in Venice, for example.) In New York’s Hudson Valley, a place with long histories of migration, colonialism, industry, and artistic production, the water is again imbued with multiple cultural and emotional meanings.

A through line in much of Soares’s work is the exploration of loss, whether personal or collective. As humanity’s shared experience of climate change intensifies, and as its consequences continue to sharpen, Acqua Alta brings forth––and, in a gesture of poignant futility, preserves––what we are losing, even as Soares’s strategic deployment of aesthetic beauty gives shape and visible value to what is lost.