Currently in theaters and streaming in July

Movie “franchises” are intriguing. Think Godfather or Terminator or the paragon, Star Wars. Once the gauntlet is thrown and viewers have become hooked on the characters, the challenges, the risks and the inevitable triumphs, filmmakers have to contend with the ultimate crowd-killer “I liked the first one better!”

John Krazinski, the multi-talented actor/writer/producer/director has introduced A QUIET PLACE PART II to an eager, pandemic weary audience and the applause has been deafening.

Clearly, if you are not a fan of monster films, fright inducing battles with aliens, dinosaurs or evil robots, PART II may not be for you and yours. Emily Blunt, Krazinski’s wife and an elegant actor in her own right, reprises her role as Evelyn Abbott, the widow of Lee (played by Krazinski) who has survived the initial invasion of the blind, hyper sensitive hearing aliens who are intent on wiping out humanity. Continuing her furtive wanderings with her three surviving children (played by Millicent Simmons and Noah Jupe) she emerges as an action hero, much like Linda Hamilton’s portrayal of Sarah Connor in the Terminator franchise. 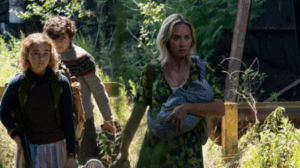 Cillian Murphy, an actor whose role in the series Peaky Blinders won him worldwide acclaim, enters the franchise as Emmet, a troubled, angry and bitter family acquaintance who is eventually transformed into a positive character.

There are travels, technical innovations, close encounters and twists that keep the tension high and the shock value of death and mayhem front and center. There is little question that this is PART II with PART III on the drawing board. Radio towers, daughter Regan’s cochlear implant, shotguns and a host of other implements populate the script, available just at the right time and always with deadly effect.

Since Krazinski’s aliens are blind but have an acute sense of hearing, sound is a critical character in the story. The music by Marlo Beltrami is eerily present throughout the film. If one is curious about the army of skilled technicians required to make a film of this scope, then a quick view on IMDb (the Internet Movie Database) will introduce name after name of sound technicians who contributed to the effort. Also apparent is the phalanx of technicians from Industrial Light and Magic (ILM) who created and digitally animated the alien creatures. It takes a village.

In a recent interview, Krazinski told Steven Colbert that the two A QUIET PLACE films were an homage to his and Emily’s two children. It’s not a children’s film, however. It’s an alien monster “scream-out” and a fitting , elegantly produced transition from part one to part three. 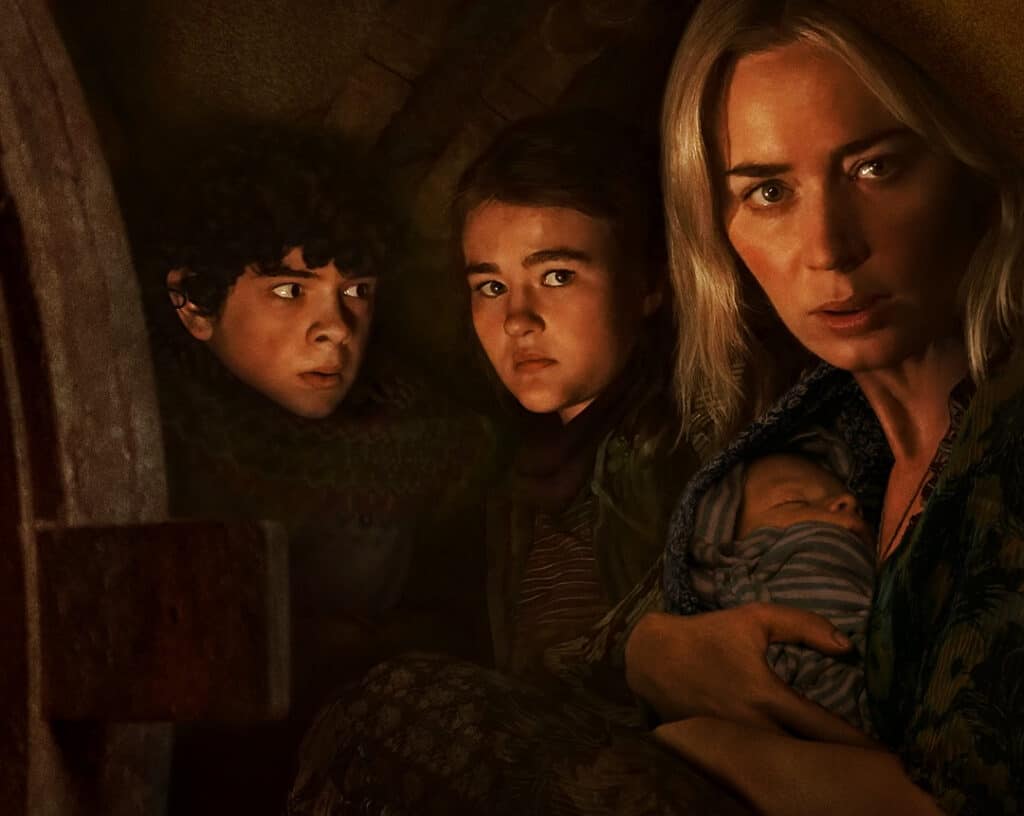