At local theaters and streaming on HBO Max (one month)

If, as singer/songwriter Harry Chapin once observed, “All my life’s a circle …” then let’s begin where we end. Full circle.

There, now that we’ve settled that, let’s give you a few of the thousand reasons to head out to a cinema near you and embrace 2 hours and 15 minutes of the most jubilant, energizing, uplifting film you’ll witness in this or any other year. Jon M. Chu has directed the screen adaptation of Lin-Manuel Miranda’s In the Heights by Quiara Alegria Hudes and has given us all an exuberant celebration of city life, loss and love.

Lin-Manuel Miranda’s multi-award winning stage musical presaged the brilliant career of the creator of Hamilton starting when he was but a sophomore in college. Miranda is a theatrical genius, and the monster he has created for the screen does nothing but elevate that distinction to a new, mass-market level. 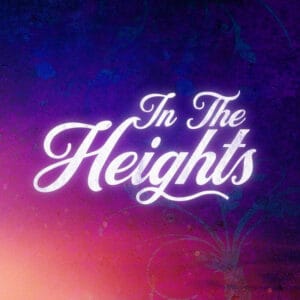 Usnavi , played with flawless energy by Anthony Ramos (you find out the humanly funny generation of that name during the course of the film) is a bodega owner in Washington Heights in Manhattan’s Upper West Side. Usnavi dreams of returning to his native Dominican Republic to resurrect his late father’s restaurant. His unrealized love for Vanessa (Melissa Barrera) is one of the interwoven plot lines that are punctuated with very human interplay, brilliant choreography staged on location by Christopher Scott and cinematography by Alice Brooks that is fully embracing.

There are other plots and sub-plots that interact with a charm that tells the audience everything they need to know about this neighborhood that exists in the shadow of the George Washington Bridge. Benny (Corey Hawkins) has always loved Nina (Leslie Grace), but had to let her go when she broke out of the neighborhood and went to Stanford. When she returns, caught up in her own personal struggles, he refuses to let go and, in a dance scene reminiscent of the best of Fred Astair and Ginger Rogers, they defy gravity to dance on the exterior walls of a “Heights” apartment building … and pledge to keep their romance alive.

And, through it all, there is the tender love and support of Abuela Claudia (Olga Merediz) who has been foster mother to half the neighborhood. She is wise. She is loving. She is simply wonderful.

In short, as Charles Isherwood of The New York Times offered in his review of In the Heights when it premiered on the Broadway stage, “when this musical erupts in one of its expressions of collective joy, the energy it gives off could light up the George Washington Bridge for a year or two.”

And, lest we forget … 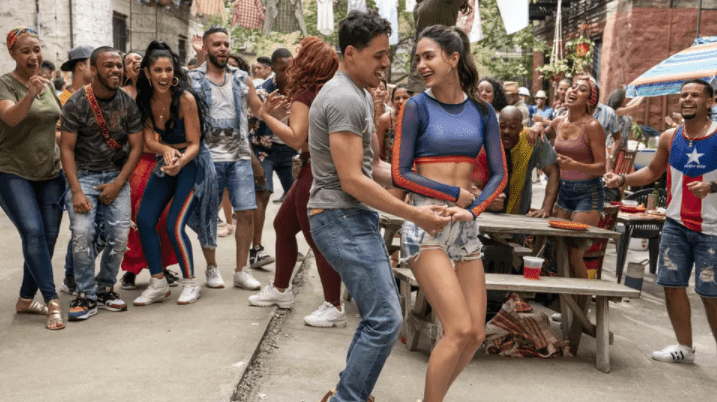